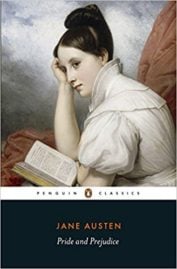 There are lots of wonderful novels that don’t grab you with the first sentence (or even the first paragraph or two), but when a book’s first line is great, that bodes well for the story ahead.

Here are some memorable first lines from classic novels by women authors. What have we left out? Let us know in the comments below and we’ll add others!

It is a truth universally acknowledged that a single man in possession of a good fortune must be in want of a wife. — Jane Austen, Pride and Prejudice (1813)

You will rejoice to hear that no disaster has accompanied the commencement of an enterprise which you have regarded with such evil forebodings. — Mary Shelley, Frankenstein (1818)

In the first place, Cranford is in possession of the Amazons; all the holders of houses, above a certain rent, are women. —Elizabeth Gaskell, Cranford (1853)

“Christmas won’t be Christmas without any presents,” grumbled Jo, lying on the rug. — Louisa May Alcott, Little Women (1868)

Miss Brooke had that kind of beauty which seems to be thrown into relief by poor dress. — George Eliot, Middlemarch (1871)

I had the story, bit by bit, from various people, and, as generally happens in such cases, each time it was a different story. — Edith Wharton, Ethan Frome (1911)

When Mary Lennox was sent to Misselthwaite Manor to live with her uncle everybody said she was the most disagreeable-looking child ever seen.” — Francis Hodgson Burnett, The Secret Garden (1911)

One January day, thirty years ago, the little town of Hanover, anchored on a windy Nebraska tableland, was trying not to be blown away. — Willa Cather, O Pioneers! (1913)

Scarlett O’Hara was not beautiful, but men seldom realized it when caught by her charms as the Tarelton twins were. — Margaret Mitchell, Gone With the Wind (1936)

Ships at a distance have every man’s wish on board. — Zora Neale Hurston, Their Eyes Were Watching God (1937) 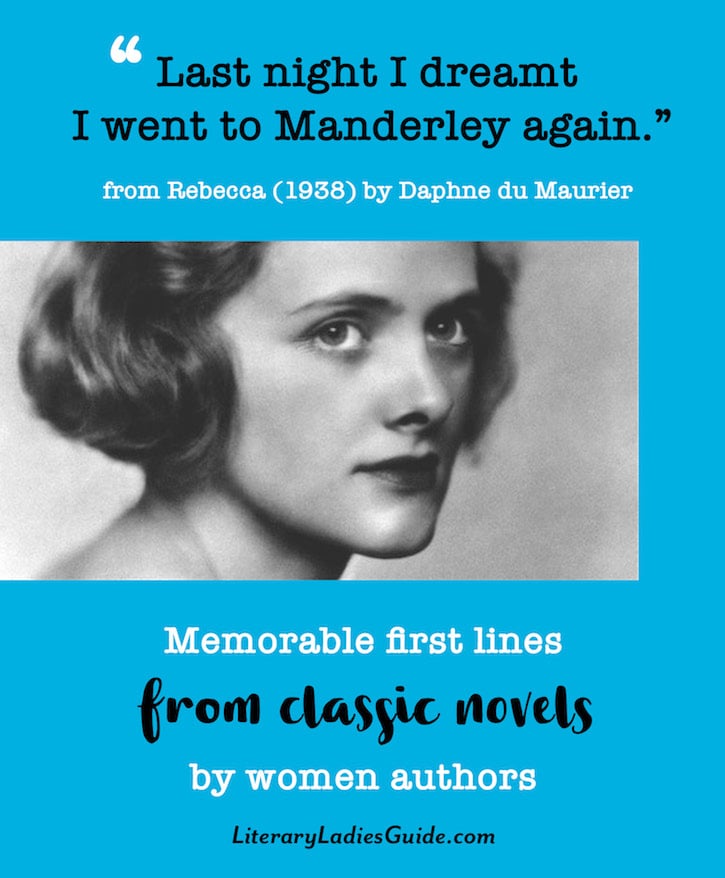 I write this sitting in the kitchen sink. — Dodie Smith, I Capture the Castle (1948)

What she liked was candy buttons, and books, and painted music (deep blue, or delicate silver) and the west sky, so altering, viewed from the steps of the back porch; and dandelions. — Gwendolyn Brooks, Maud Martha (1953)

It was a queer sultry summer, the summer they electrocuted the Rosenbergs, and I didn’t know what I was doing in New York. — Sylvia Plath, The Bell Jar (1963)