How Colette Came to Write the Claudine Stories, in Her Own Words 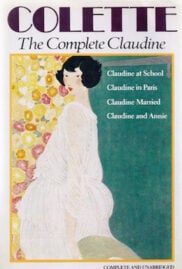 “My name is Claudine, I live in Montigny; I was born there in 1884; I shall probably not die there.” This iconic opening line from Claudine at School  (Claudine à l´Ecole ) by French author Colette (1873 – 1954) has become more familiar to English-speaking audiences thanks to the 2018 biopic, Colette.

In 1900, Colette began publishing the series of Claudine stories that defined the teenage girl of the era. In groundbreaking fashion, these books explored the sexual and mischievous side of a young woman coming into her own.

The problem was that her first husband, Willy, whose real name was Henry Gauthier-Villars, long took credit for the books, publishing them under his name.

Claudine at School, the first of the efforts to be published and was an immediate success. More Claudine books followed. When Colette began to rebel at the scheme, Willy locked her in a room until he felt she had produced a sufficient number of pages.

About the Claudine books

From the 1956 Vintage edition, a brief description of the classic series:

“Claudine is a headstrong, clever and extremely mischievous schoolgirl. Along with her friends the gangly Anais, the cheerful Marie and the prim Joubert twins, Claudine wreaks havoc on her small school.

Always clever, witty and charming, Claudine is more than a match for her formidable headmistress as they fight for the attention of the pretty assistant Aimee.

The horrors of examinations and good-humored bullying are the backdrops in this immensely funny and delightful novel with which Colette established the captivating character of Claudine.

Through the games, the fun and the intricacies of school life Claudine emerges as a true original; lyrical and intelligent, she is one of the twentieth century’s most beguiling emancipated women.” 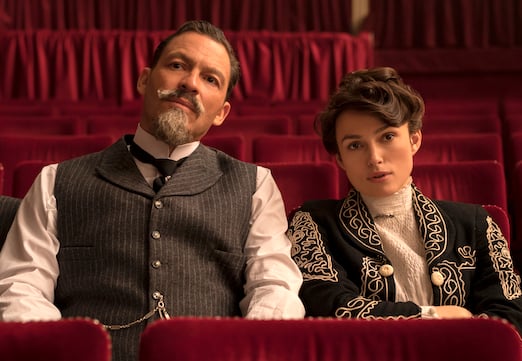 A scene from Colette (2018) starring Kiera Knightly and Dominic West

How Colette wrote and reclaimed the Claudine books

In the 1956 edition, Colette provides an introduction, told in her unmistakable style, how it came to pass that she began writing the Claudine stories under the thumb of her husband, who she refers to as “Monsieur Willy.” Let’s let Colette take it from here:

I have told in Mes Apprentissages how, some two years after our marriage, therefore about 1895, Monsieur Willy said to me one day:

“You ought to jot down on paper some memories of the Primary School, so I might be able to make something out of them … Don’t be afraid of racy details.”

This curious and still comparatively unknown man, who put his name to I know not how many volumes without having written a single one of them, was constantly on the lookout for new talents for his literary factory.

It was not in the least surprising that he should have extended his investigations as far as his own home.

I was recovering from a long and serious illness which had left my mind and body lazy. But, having found at a stationers some exercise-books like the ones I had at school and bought them again, their cream-laid pages, ruled in grey, with red margins, their black linen spines and their covers bearing a medallion and an ornate title Le Calligraphe gave my fingers back a kind of itch … for the passivity of a set task.

When I had finished, I handed over to my husband a closely-written manuscript which respected the margins. He skimmed through it and said:

“I made a mistake, this can’t be of the slightest use …”

Released, I went back to the sofa, to the cat, to books, to silence, to a life that I tried to make pleasant for myself and that I did not know was unhealthy for me.

The exercise-books remained for two years at the bottom of a drawer. One day Willy decided to tidy top the contents of his desk. 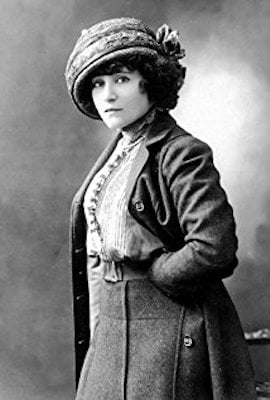 The appalling counter-like object of sham ebony with a crimson raise top displayed its deal drawers and disgorged bundles of old papers and once again we saw the forgotten exercise-books in which I had scribbled: Claudine à l´Ecole.

“Fancy,” said Monsieur Willy, “I thought I had put them in the waste-paper basket.”

He opened one exercise-book and turned over the pages:

He opened a second exercise-book, and said no more — a third, then a fourth …

He swept up the exercise-books haphazard, pounced on his flat-brimmed hat, and rushed off to a publisher … and that was how I became a writer.

But that was also how I very nearly missed ever becoming a writer. I lacked the literary vocation and it is probably that I should have never produced another line, if, after the success of Claudine à l´Ecole, and other tasks had not, little by little, got me into the habit of writing.

Claudine à l´Ecole appeared in 1900, published by Paul Ollendorf, bearing Willy’s sole name as the author. In the interval, I had to get back to the job again to put a little “spice” into my text.

“Couldn’t you,” Willy said to me, “hot this — these childish reminiscences up a little? For example, a too passionate friendship between Claudine and one of her schoolmates … And then some dialect, lots of dialect words … Some naughty pranks … You see what I mean?”

The pliancy of extreme youth is only equalled by its lack of scruples. What was the extent of Willy’s collaboration? The manuscripts furnish a partial answer to a question that has been asked a hundred times. 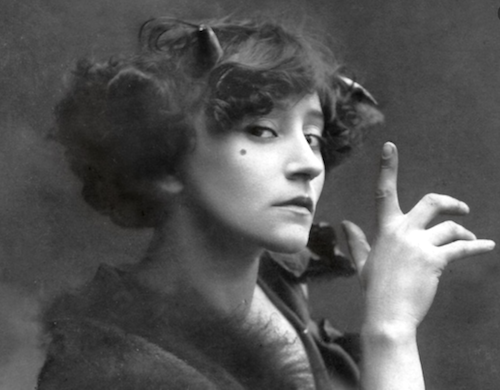 Out of the four Claudine books, only the manuscripts of Claudine en Ménage and Claudine s’en Va have been saved from the destruction which Willy ordered Paul Barlet to carry out.

Paul Barlet, known as Paul Héon — secretary, friend, Negro, and extremely honorable man— suspended the execution, which had begun to be carried out, and brought me what remained, which I still possess.

Turning over the pages of those exercise-books is not without interest. Written entirely in my handwriting, a very fine writing appears at distant intervals, changing a word, adding a pun or a very sharp rebuke …

The success of the Claudine books was for the period very great. It inspired fashions, plays, and beauty products. Being honorable, and above all indifferent, I kept silent about the truth, which did not become known until much later. Nevertheless, it is today … that the Claudine books appear under the single name of their single author.

2 Responses to “How Colette Came to Write the Claudine Stories, in Her Own Words”