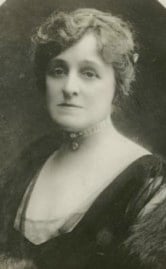 Edith Wharton (January 24, 1862 – August 11, 1937), was born Edith Newbold Jones in New York City. One of the Grande Dames of American letters, everything about her, from her wealthy background to her stately demeanor suggests a woman in possession of herself.

Beneath the surface, however, was a deep insecurity about her talent and abilities. Fortunately, it was one she gradually overcame in a substantial way.

Most of us have heard the expression “Keeping up with the Joneses.” But it might come as a surprise that this doesn’t refer to a hypothetical family, but Edith Wharton’s parents, George Frederic Jones and Lucretia Rhinelander Jones.

Born into the rarified late nineteenth-century world of wealth and privilege, her formative years consisted of riding, balls, coming-out parties, teas, and extended stays in Europe. In addition to the socially prominent Jones and Rhinelander families of her parents, she was also related to the equally rarified Schermerhorns.

When Edith was just four years old, she traveled throughout Europe with her parents, with stays in Spain, Germany, Italy, and France. Upon returning to New York, she was educated by private tutors.

Despite having homes in New York City and Newport, and the kind of money that gained them access to the finer things in life, culture and learning weren’t particularly valued by the Jones family. And though Edith lacked for nothing, it was a less-than-ideal upbringing for a bookish, dreamy girl. 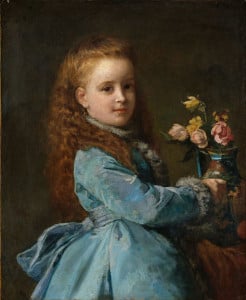 As a fledgling writer, she received out-and-out disapproval from those closest to her, including her mother and society friends, who thought that literary pursuits were beneath a person of her class. From social climbing husband Edward “Teddy” Wharton, she received nothing but indifference.

Insecurity about her talent and abilities plagued her for years, and she admitted to suffering from terrible shyness and lack of self-confidence. Later, as she gained confidence, she shared frank recollections on her writing life — both the joys and the challenges.

Teddy Wharton and The Mount

In April 1885, Edith Jones married Edward “Teddy” Robbins Wharton in New York City. Some years later, she designed and built The Mount, an imposing mansion with extensive grounds in Lenox, MA. She lived there with Teddy Wharton from 1902 to 1911.

Teddy’s drinking and struggles with mental illness made for an unhappy marriage. Upon the couple’s divorce in 1913, Edith moved to France. 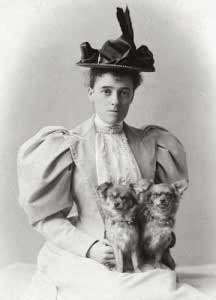 Like many authors, Edith started out by writing shorter pieces and poetry. Fast and Loose, a little-known novella, was published in 1877 when she was only fourteen; Verses, a collection of poems, was privately printed the following year. Her poems were first published nationally in Scribner’s Magazine, and in 1891, they published the first of many of her short stories.

She tiptoed into the publishing of books with The Decoration of Houses (1897). Another in this genre, Italian Villas and Their Gardens, came a bit later (1904).

Her early literary reputation was built on small successes, as well as the welcome friendship and constructive critique of one who did believe in her talent, Walter Berry, a lifelong confident for whom she carried a torch (and whose grave in Paris is next to hers).

Wharton’s first collection of short stories was titled The Greater Inclination (1899). Its publication helped her to finally accept herself as a professional writer and not a dilettante. She vowed to turn away from the “distractions of a busy and sociable life, full of friends and travel and gardening for the discipline of the daily task.”

As she wrote in her memoir, this is when she went from being “a drifting amateur in to a professional,” and most importantly, “gained what I lacked most—self confidence.”

The House of Mirth

Her first novel, The House of Mirth (1905), was an instant bestseller. Wharton exulted to her publisher Charles Scribner, “It is a very beautiful thought that 80,000 people should want to read The House of Mirth, and if the number should ascend to 100,000 I fear my pleasure would exceed the bounds of decency.”

How delighted she would be if the word reached her in the Great Beyond, that The House of Mirth is still in print, as is Ethan Frome, The Age of Innocence, The Custom of the Country, as well many of her other titles.

The House of Mirth did indeed establish her reputation, as described in the 1997 Simon & Schuster edition:

A literary sensation when it was published by Charles Scribner’s Sons in 1905, The House of Mirth quickly established Edith Wharton as the most important American woman of letters in the twentieth century.

The first America novel to provide a devastatingly accurate portrait of New York’s aristocracy, it is the story of the beautiful and beguiling Lily Bart and her ill-fated attempt to rise to the heights of a heartless society in which, ultimately, she has no part.

From the staid conventionality of Old New York to the forced conviviality of the French Riviera, from the drawing foom of Gus Trenor’s Bellomont to the dreary resort of a downtown boardinghouses, Wharton created her “first full-scale survey,” as her biographer R.W.B. Lewis put it, “of the comedie humaine, American style.”

A brilliantly satiric yet sensitive exploration of manners and morality, The House of Mirth marked Wharton’s transformation from an amateur into a professional writer on par with her contemporary and friend Henry James. It figures among her most important works.

A move to France and refugee relief work

Edith became deeply involved in refugee relief work during World War I. She wrote reports for American newspapers and organized the American Hostel for Refugees.

Among her other accomplishments were employing skilled 90 women who had been thrown out of work; feeding and housing hundreds of child refugees from Belgium, establishing hostels for other refugees; and assisting wounded soldiers and struggling families. 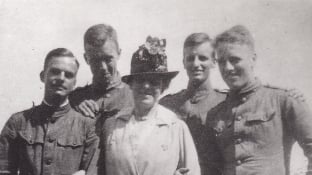 After the war, she continued her prodigious literary output and became part of a vaunted literary circle that included her close friend, Henry James.

The Pulitzer Prize for the Novel for fiction was awarded to Wharton for The Age of Innocence (1921), making her the first woman to achieve this distinction. Two years later she also became the first woman ever to receive an honorary doctorate (conferred upon her by Yale University). It was the last time she returned to the U.S.

Even at the height of her fame and literary prowess, Edith struggled with censorship. Ladies’ Home Journal criticized her story “The Day of the Funeral” as “too strong” for their readership. She once wrote:

“Brains & culture seem non-existent from one end of the social scale to the other, & half the morons yell for filth, & the other half continue to put pants on piano-legs.”

Her remaining years were spent in France. She died from a stroke at the age of 75 in 1937.

Edith Wharton wrote some forty works of fiction, including and numerous novellas and short stories in addition to longer novels. These are her best known.