Carson McCullers, Author of The Heart is a Lonely Hunter 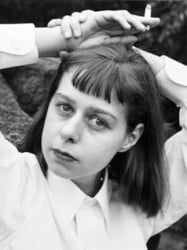 Like the adolescent girl Frankie Addams  in her novella The Member of the Wedding, McCullers renamed herself at age thirteen, dropping her first name in favor of her middle name.

The Heart is a Lonely Hunter (published when she was just twenty-three) is arguably her best-known work, though many of her short stories have retained a prominent place in the American canon.

McCullers’ parents, Lamar Smith, a jeweler, and Marguerite Waters Smith, provided their three children with a comfortable middle-class life. Carson was their first born child, and they considered her an artistic genius and encouraged her interests, especially music. Lynne Greeley, writing in Theatre History Studies, refers to Carson McCullers as “the preferred child” in her family.

McCullers is known primarily for her novels, but she also wrote two plays, a number of short stories, children’s poetry, and other works. Most of her work is set in the American South and involves people struggling with loneliness and feelings of isolation.

She has earned a place among classic southern writers, along with William Faulkner, Flannery O’Connor, and Tennessee Williams.

McCullers felt that she was an outsider and a loner. Her school days were marked by mediocre grades and the stares of fellow students at her eccentric dress and gangly height of nearly five feet, nine inches. When she was fifteen, she contracted rheumatic fever. From that point on, her life was a constant struggle with illness and physical discomfort. 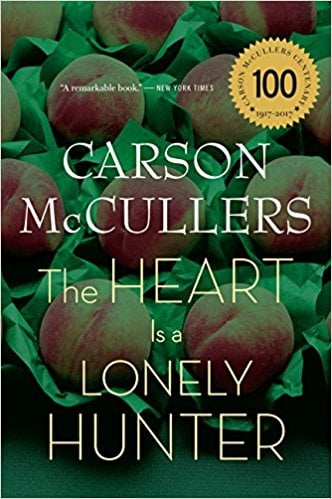 A move to New York City

Upon graduating from high school, McCullers left Columbus and moved to New York City with plans to attend the Juilliard School of Music.

Because of a lack of money—sources differ on whether her funds were mismanaged by a family friend or stolen—she ended up working various day jobs and attending night classes first at New York University and then at Columbia University during 1935 and 1936. In 1936, one of her professors at Columbia helped get her first short story, “Wunderkind,” published in Story magazine.

A troubled marriage to Reeves McCullers

During a trip back home in 1935, McCullers met Reeves McCullers. They were married in 1937. Their relationship “was not a traditional marriage,” as Sara Nalley notes in the Dictionary of Literary Biography, and they lived together only on occasion.

Historians have noted the author’s deep and passionate friendships with other women as an inhibiting factor in her marriage. Others have described a marriage fraught with tension, violence, and substance abuse.

According to McCullers in the introduction to her play The Square Root of Wonderful, her husband’s disappointment in his own attempt to launch a literary career is echoed in the play’s portrayal of Phillip Lovejoy. The couple divorced in 1941 but remarried in 1945. Reeves McCullers committed suicide in 1953.

The Heart is a Lonely Hunter

McCullers’ first novel, The Heart Is a Lonely Hunter, was published in 1940. McCullers became the toast of the literary scene. The novel was wildly successful. She was quoted as saying that she was “much too young to understand what happened to me or the responsibility it entailed.”

Still, the novel displayed wisdom far beyond her years as an examination of individual loneliness and as a statement on class and race in America. Richard Wright, the noted Black author, could be a tough critic, but he had only words of praise for this debut novel, writing:

“To me the most impressive aspect of The Heart is a Lonely Hunter is the astonishing humanity that enables a white writer, for the first time in Southern fiction, to handle African-American characters with as much ease and justice as those of her own race.

This cannot be accounted for stylistically or politically; it seems to stem from an attitude toward life which enables McCullers to rise above the pressures of her environment and embrace white and black humanity in one sweep of apprehension and tenderness.”

Her next three works, all published before her thirtieth birthday. These were Reflections in a Golden Eye, The Ballad of the Sad Café, and The Member of the Wedding. 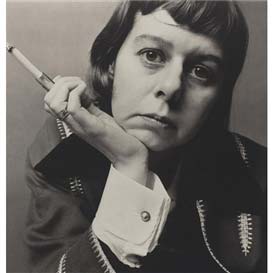 Successful plays, then a flop

Her second play, The Square Root of Wonderful, didn’t fare as well. Produced in 1957 for Broadway, it played for only forty-five performances and received nearly unanimously poor reviews. The failure of this play crushed McCullers. Her health continued to diminish, and she never published another play.

Insights from a biography

The Lonely Hunter: A Biography of Carson McCullers, offered these insights on the enigmatic McCullers:

“Carson McCullers wrote a strange, powerful kind of fiction, tender and grotesque at the same time, and peopled with characters who bore some mark of deformity, physical or psychic. This tiny, boyish author, who burst on the literary scene sensationally at the age of twenty-three, was every bit as eccentric in real life as any of her vibrant, Gothic creations.

Capable of the wildest infatuations for members of either sex, she lived all her life in a world of her own making, a world where fact and fancy were indistinguishable, and where her truest, deepest friends were often the colorful, outlandish characters she conjured up in her writing.

It was a life marked constantly by tragedy, exemplified in her stormy marriage to Reeves McCullers … she was herself paralyzed and crippled in later years by a series of violent strokes, which left her an invalid, on and off, for the rest of her life.

Her story, too, is of a great artist who overcame these handicaps to produce stunning literary works: poetry, plays, and especially novels. And it is the story of her friends, Tennessee Williams, Dame Edith Sitwell, and countless others who loved her, and sometimes hated her, too but always stood in awe of the courage, vitality, and indestructible genius which gave meaning to the oddly isolated inner life of Carson McCullers, the loneliest hunter of all.” 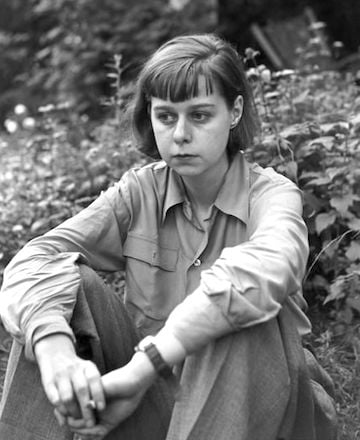 Final years and the legacy of Carson McCullers

McCullers’ September 29, 1967 obituary in the Associated Press, filed from Nyack, NY,stated that she described herself as the “’holy terror’” of the early 1940s literary scene, despite a series of crippling strokes that kept her in a wheelchair most of the time, and established herself as one of the top American writers of the twentieth century.

In the course of her career, she won two Guggenheim fellowships and an award from the American Academy of Arts and Letters. A film version of her novel Reflection in a Golden Eye, released the month after her death, starring Elizabeth Taylor, Marlon Brando, and Julie Harris.

Her final novel, Clock Without Hands, received favorable reviews, but her great successes were behind her. She died on September 29, 1967, in Nyack, New York, after a stroke put her in a coma for about a month and a half. It was one of many strokes she had suffered throughout her life. Carson McCullers was fifty years old at the time of her death. 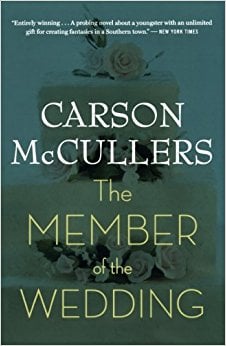