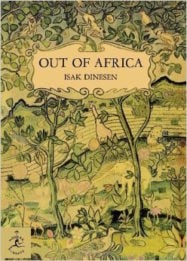 Born Karen Dinesen, she had come to Kenya from Denmark with her husband, Baron Bror Fredrik von Blixen-Finecke.  When they separated, she stayed on to manage the farm herself.

During those years she was frequently visited by her lover, the big game hunter Denys Finch Hatton. For his amusement, she would make up stories “like Scheherazade.”

In Africa, “I learned how to tell tales,” she recalled many years later. “The natives have an ear still. I told stories constantly to them, all kinds.”

Dinesen’s account of her African adventures, written after she had lost her beloved farm and returned to Denmark, is that of a master storyteller, a woman whom John Updike called “one of the most picturesque and flamboyant literary personalities of the century.” (from the 1992 Modern Library edition of Out of Africa by Isak Dinesen)

In recent years, Out of Africa, still arguably Dinesen’s best-known work, has been subject of reconsideration through the lens of decolonization. 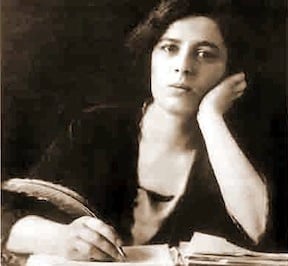 A reconsideration: Is Out of Africa racist?

It’s easy (and lazy) to answer charges of whether a writer or other public figure was racist by dismissing the question with, “They were a product of their time.” But isn’t that facile answer a loss of opportunity to see a person or their work through a new lens?

So, the question of whether the book Out of Africa is racist, and by extension, its author, is a valid one. The answer in  contemporary times often been a resounding “yes.”

“Since the publication of Blixen’s book in 1937, she has remained an important—and lasting—fixture in the study of Kenya’s colonial history. Her image was also solidified globally by the 1985 Oscar award-winning movie adaptation of the book …

Yet given the criticisms leveled against Blixen and her portrayal of the Africans who lived on her farm, it was shocking to hear her openly racist ideas and choice of words regurgitated without examination at the museum—by a Kenyan tour guide. Who, exactly, were the ‘natives’?

… Ultimately, Blixen draws a hierarchy of life in which Africans have no place, in which she is the interlocutor of both ‘native”’and nature, and where “white men fill in the mind of the Natives the place that is, in the mind of the white men, filled by the idea of God.”

“In light of postcolonial African nations seeking to forge an identity and literature of their own, Blixen’s views, and particularly her novels of Africa, came under increased scrutiny.  Kenyan novelist and critic Ngugi wa Thiong’o refers to Blixen in his essay ‘Literature and Society.’

He sees her as a racist author who tries to ‘define the colonized world for the European colonizer’.  He points to Blixen’s repeated use of animal imagery when describing Africans.  In her depiction of her servant Kamante, Ngugi sees Blixen’s comparison to the animal as extreme insult.

He details a passage comparing Kamante’s actions to, ‘a civilized dog, that has lived for a long time with people, will place a bone on the floor before you, as a present.'”

Much of contemporary knowledge of Out of Africa is filtered through familiarity with the film starring Meryl Streep and Robert Redford, whose focus was more on Dinesen’s fraught love affair with Denys Finch Hatton. One thing most critics and scholars agree upon is that Dinesen was a master storyteller, but as a person, she was complicated. As her biography on Post Colonial Studies states,

“Karen Blixen remains a complex figure in the writing and history of colonial Africa. Author, storyteller, and early colonizer, she helped to define Africa and its people for the many Europeans who read her novels, chiefly Out of Africa and Shadows on the Grass. Criticism of her work frequently shifts from admiration of her form to outrage at her portrayal of Africans.

Karen Blixen’s complicated life and work continue to be studied, debated, and questioned in light of both the colonial society she inhabited and the modern reality of a postcolonial world.” 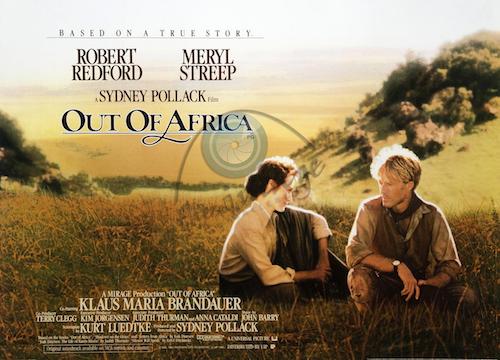 From the review in The Brooklyn Daily Eagle, March 5, 1938, of Out of Africa by Isak Dinesen:  Africa, the dark continent holding more secrets than all the rest of the world, still awaits the unrequited soul seeking adventure and lifts its voice through the dense jungle, the veldt, and upward to the mountain tops, where volcanic ash mixes with stardust and smolders like incense on an altar.

Baroness Blixen — she is indeed none other than the author, Isak Dinesen — takes you to Africa, to her 4,000-acre coffee farm at the foot of the Ngong Hills in Kenya, where she entertains extravagantly with her knowledge of the surrounding countryside, a panorama of Eastern Equatorial Africa, unsurpassed in beauty, charm, and interest.

She uncovers the secrets of the vast continent with a prolonged visit with the natives in their shambas, into the fields of the squatters; the Masai reserve, among savages who resent their superimposed civilization, yet endured it since there is no other recourse.

The reader is taken on safaris, trips to Nairobi and Mombasa and along the high road, where lions and other wild animals are frequently encountered.

While Karen Blixen’s life in Africa is fundamentally hard it is made easier by an ample supply of servants, some of whom are from the area while others come from distant Somaliland, even India, to serve their masters humbly.

It is their lives that endears the story to you. On the surface they may seem innocent as children, but underneath they are wise and intelligent. Their conventions and habits are colorful, like the wild terrain of which they are a part.

Their methods of dealing with crime, making contracts, and building their homes — a husband may have as many wives as he has goats with which to purchase them — are reminiscent of times before written history. Time has stopped with them and refuses the command to march on.

The author has told what it means to be lonely in a region where the white man — or woman — is still a babe in swaddling clothes, although she had numerous friends of every nationality. In one chapter are snatches of her thoughts of friends who have come and gone; incidents that could happen only in her tropic circles and to a woman with that soul of an artist; a true lover of nature.

Africa, wild and mysterious, vibrant with the echoes of antiquity; restless with the novelties of a new age; tireless in its changing moods since time immemorial, now and throughout all eternity.

Africa, the birth of civilization, the asylum and grave of the adventurer. Africa speaks and her voice is like the roar of a lion, the stampede of an elephant herd, or the mellow song of a bird. And she is heard and felt through the splendid writing of Isak Dinesen, who knows her subject and better still, knows how to express herself.

Hannah Arendt (1906 – 1975), the German-born philosopher and social theorist, was greatly interested in Dinesen’s work. She contributed a Foreword to Dinesen’s Daguerrotypes and Other Essays (1979), in which she pondered Dinesen’s reticence on her affair with Denys Finch-Hatton:

” … The question of why she did not write an autobiography is as fascinating as it is unanswered … for Out of Africa, which is often called autobiographical, is singularly reticent, silent on almost all the issues her biographer would be bound to raise.

It tells us nothing of the unhappy marriage and the divorce, and only the careful reader will learn from it that Denys Finch Hatton was more than a regular visitor and a friend.

… and because it is a pastoral and not dramatic in the least, not even in the narration of Finch-Hatton’s death in an airplane crash and of the last desolate weeks in empty rooms on packed cases, it can incorporate many stories but only hint … at the underlying story of a grande passion which was then, and apparently remained to the end, the source of her storytelling.

Neither in Africa nor at any other time of her life did she ever hide anything; she must have been proud, one gathers, to be the mistress of this man who in her descriptions remains curiously lifeless …” 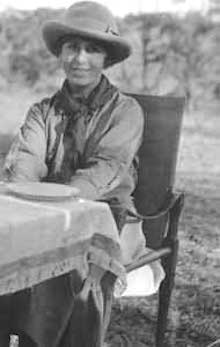 Quotes from Out of Africa

“I had a farm in Africa at the foot of the Ngong Hills. The Equator runs across these highlands, a hundred miles to the north, and the farm lay at an altitude of over six thousand feet. In the day-time you felt that you had got high up; near to the sun, but the early mornings and evenings were limpid and restful, and the nights were cold.”

“Men go off to be tested for courage and if we’re tested at all, it’s for patience, for doing without, for how well we can endure loneliness.”

“Perhaps he knew, as I did not, that the Earth was made round so that we would not see too far down the road.”

“I am for all time and eternity bound to Denys, to love the ground he walks upon, to be happy beyond words when he is here, and to suffer worse than death many times when he leaves.”

“People who dream when they sleep at night know of a special kind of happiness which the world of the day holds not, a placid ecstasy, and ease of heart, that are like honey on the tongue. They also know that the real glory of dreams lies in their atmosphere of unlimited freedom. It is not the freedom of the dictator, who enforces his own will on the world, but the freedom of the artist, who has no will, who is free of will.”

“It is more than their land that you take away from the people whose native land you take. It is their past as well, their roots and their identity. If you take away the things that they have been used to see, and will be expecting to see, you may, in a way, as well take out their eyes.”

“Difficult times have helped me to understand better than before how infinitely rich and beautiful life is in every way, and that so many things that one goes worrying about are of no importance whatsoever.”

“When you have a great and difficult task, something perhaps almost impossible, if you only work a little at a time, every day a little, suddenly the work will finish itself.”

More about Out of Africa by Isak Dinesen