Jane Austen (December 16, 1775 – July 18, 1817), the renowned British author, led a writing life of the inimitable artist. Despite the popular portrayal of her as all charm and modesty, she was a writer and observer with full mastery of her gifts. She cared deeply about getting published and being read, despite myths to the contrary.

Six exquisite novels crafted with compassion, humor, and insight into the travails of the sexes and social classes assured her lofty position in literary history.

These were Sense and Sensibility, Pride and Prejudice, Emma, Mansfield Park, Northanger Abbey, and Persuasion (there were also unfinished novels — The Watsons and Sanditon).

Born in Steventon, Hampshire (England), Austen was part of a convivial middle-class family consisting of five brothers and an elder sister, Cassandra, with whom she was very close.

Here, from Memoir of Jane Austen (second edition, 1871) by her nephew, James Edward Austen Leigh, is a description of Jane’s family life:

“Her father, George Austen, was rector of Deane and Steventon. He was married in 1764 to her mother, Cassandra.

Jane was the youngest of seven children. Her brothers were James (died 1819); Edward, who inherited the property and took the name of his second cousin, Mr. Knight; Henry, a clergyman (died 1850); Francis William, and Charles; the two last became admirals, Francis dying in 1865, aged 92, and Charles in 1832, aged 73.

Her sister, Cassandra, who died unmarried in 1845, was three years older than herself.

For the first twenty-five years of her life, Jane Austen lived with her family at Steventon. We are told that she took part in some private theatricals given in a barn in summer, and the dining-room in winter, between her thirteenth and sixteenth years, and occasionally visited Bath, where her uncle. Dr. Cooper, vicar of Sonning, lived for some years with his family.

In 1801 the family moved to Bath, living first at 4 Sydney Terrace, and afterwards at Green Park Buildings. She spent some weeks at Lyme in 1804: and upon her father’s death in February 1805, his widow and daughters, after a few months in lodgings, moved to Castle Square, Southampton, whence Jane visited Kent and Bath.”

Her literary efforts were encouraged

The Austen family valued education and sent the two girls briefly to boarding school in addition to receiving further education at home.

Austen’s talent was recognized early on and taken seriously by her entire family. The male members of her family, particularly her father (George Austen, a country rector), played key roles in getting her works published.

Austen longed to see her work in print, regardless of whether or not it would gain her fame or fortune — but getting it published was important to her, contrary to the myth about her extreme modesty.

In pursuit of publication

Her father and brothers took it upon themselves to seek publication for Jane’s first works, and it wasn’t easy. It was clear that she didn’t write merely for her own amusement, but was deeply invested in having her work published and read.

An avid reader herself, she was aware of contemporary authors, and took for role models Maria Edgeworth, Charlotte Lennox, and Fanny Burney.

Publication for Jane’s work was a family affair for the Austens, with her father and brothers involved in the pursuit. She and her family opted for some of the venues available for publishing available to them, none all that attractive or profitable. Unable to find a good home for Pride and Prejudice, they embarked on a similar mission for Sense and Sensibility.

It was published in 1811 and took two years to sell out the edition of 1,000. When another printing was ordered, she wrote to her sister, “I cannot help hoping that many will feel themselves obliged to buy it.”

Pride and Prejudice was soon after taken by Egerton with little fanfare and even less favorable terms. The Austens decided to sell the copyright outright, as that was another route to getting published.

She received 110 pounds, and wrote in a letter, “I would rather have had 150, but we could not both be pleased, & I am not at all surprised that he should not chuse to hazard so much.” 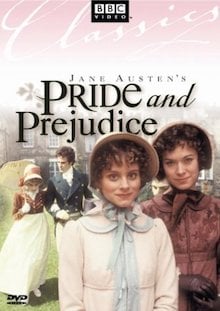 Pride and Prejudice in print

Pride and Prejudice was published in 1813 and was one of the most successful novels of the season. Its author identified was on the title page only as “A Lady.”

Jane was an astute critic of her own work. In a letter just following the work’s publication, she wrote:

“The work is rather too light and bright and sparkling; it wants shade; it wants to be stretched out here and there with a long chapter — of senses if it could be had; if not, of solemn specious nonsense — about something unconnected with the story; an essay on writing, a critique on Walter Scott, or the history of Buonoparté, or anything that would form a contrast, and bring the reader with increased delight to the playfulness and epigrammatism of the general style.”

Though sales were modest by today’s standards, both Pride and Prejudice and Sense and Sensibility were deemed successes and set the stage for the slow and steady sales of her subsequent books.

The publisher went through three printings in her lifetime, and having sold the copyright (which lasted 28 years), she received no further remuneration.

Jane eagerly awaited payments, knew just when to expect them, not unlike contemporary authors who hang about the mailbox when royalty time comes along. In total, she earned about 680 pounds for her books in her lifetime, not a dazzling sum, but the receipt of which gave her great pleasure. 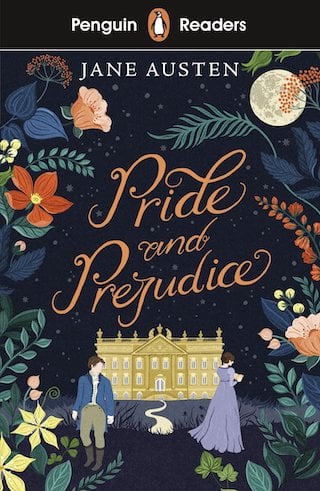 James Edward Austen-Leigh (a nephew of hers) published A Memoir of Jane Austen in 1869. Its second edition was much expanded to include more letters and biographical material.

At this point in time, her reputation had started to ebb, and this publication is credited for having helped to revive her reputation. Still, it planted some myths about her as well, negating her great ambition to be published and recognized.

Austen-Leigh planted the much-repeated myth about Jane’s being exceedingly modest about her work, and hiding it whenever she heard a hinge creaking. But her letters tell a different story.

Austen didn’t writing just for her own amusement, but was deeply invested in having her work published and read. As mentioned, she was an avid reader and admirer of the few contemporary female authors of her time.

Her talent was valued and taken seriously by her entire family; her father, and later her brothers, acted as her agents, working diligently to get her books in print and to preserve her literary reputation.

An observation by Austen-Leigh that does hold up is that Jane did experience “want of early success.” Her works weren’t huge sellers, perhaps, but sold slowly and steadily.

Austen herself spoke with delight and pride of her literary efforts. Here she describes how she felt upon seeing Pride and Prejudice in print:

“I want to tell you that I have got my own darling child from London…I must confess that I think her [Elizabeth Bennett] as delightful a creature as ever appeared in print, and how I shall be able to tolerate those who do not like her at least I do not know.”

The beloved author died in Winchester, England in 1817, a few months shy of her 42nd birthday, after a short illness. 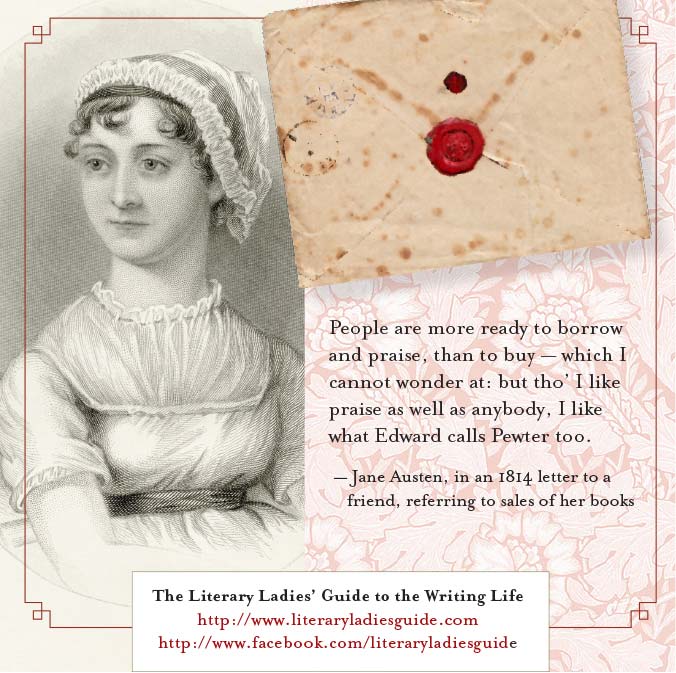