Orlando by Virginia Woolf: Gender and Sexuality Through Time 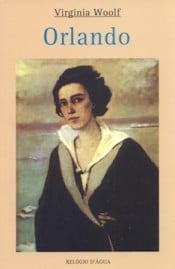 Orlando by Virginia Woolf (1928) was the esteemed British author’s sixth major work. It was written in a year, between To the Lighthouse and The Waves.

An epic novel, it follows the journey of one character, Orlando, over the course of about 350 years (1588 – 1928). It is a biography not of any one character, but of the nature and history of gender, identity, and sexuality through time.

At the start of the novel, readers will encounter Orlando as a young boy of noble birth. His family entertains Queen Elizabeth I, who is the first to notice Orlando’s beauty and potential.

As he ages (slowly), Orlando will spend much of his time with “low” people – those well-outside the realm of nobility, though he himself is a member of the court.

He explores and enjoys sexual relations with women of varying types, though each of his three serious ventures into love soon goes sour. Orlando will twice mistake the loves of his life for the wrong gender, which is particularly complex after Orlando himself has become a woman, remembering himself as a man, loving a man who is actually a woman.

Ultimately, after trips abroad and back home again, Orlando’s story is one of exploration and being open to the many possibilities of life.

He is a writer, first, who spends hundreds of years working on one short poem called “The Oak Tree,” a strong symbol of nature’s presence and dominance throughout the passage of time.

Orlando witnesses the world changing, from the sexual freedom and marriage-less years of the Elizabethan period, to the stringent, stuffy, prudish world of the Victorian age.

At a certain point, he (now she) wakes up to “the present” and is terrified, realizing that she suddenly exists in the now, and it is a now that she no longer recognizes, where women are property, where love is regulated, and where art and literature exist only in the past. 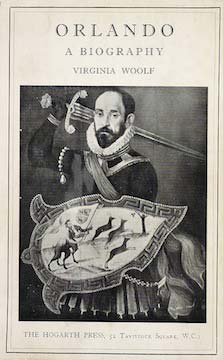 There are two main characters in the novel; the first is Orlando, who changes from male to female throughout the long passage of time. The second is actually the narrator — a third-person, mostly omniscient but nevertheless unreliable “biographer,” whose tone and style change throughout the book, as Orlando and his life are changing.

One could argue, though, that the true characters are actually gender (identity), sexuality, and time: these are the ideas explored most intricately and most often throughout the course of the book and they are certainly front-facing.

The narrator/biographer views time and Orlando in opposition to how opinions and practices of sex and gender are viewed differently at various points in history.

Sasha and other characters

Other characters (of the usual sense) include Sasha, Orlando’s true first love, a Russian princess; and Shel, Orlando’s husband who is actually a woman (or who, at least, has the qualities of one)

There are also: Archduchess Henrietta who is actually Archduke Harry (perhaps the only truly homosexual character, as the others whose genders bend throughout could truly be said to be of the opposite gender, psychologically and even physically, after their changes.

Harry is simply a man who cross-dresses as a woman and who loves Orlando as a man); and certain historical figures, like Nick Greene (poet/critic), Queen Elizabeth I, and Alexander Pope.

Orlando, though massive in scale, brilliant in conception, and beautiful in prose, was actually considered by Woolf to be a “writer’s holiday,” so to speak. She refused to allow gender nor time to constrain her writing, which is evidenced by the fact that Orlando, who begins the story as a man and ends it as a woman, four centuries later, only ages 36 years in the process.

Woolf’s secondary aim, aside from bending time and gender, is satirizing Victorian biographies and novels which traditionally emphasize truthfulness and fact (though they are obviously fiction).

What is most fascinating for me is the fact that the book was, for Woolf, a game of sorts – a lighter satire and departure from her more rigid works; yet, this one is incredibly important and speaks seriously, though fantastically, to issues of self-discovery, truth, art, and gender. 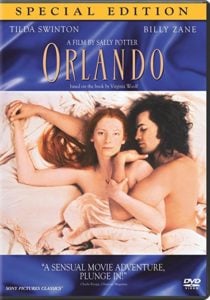 The exploration of the many time periods, from Elizabethan to the early 20th century, particularly in terms of the literary arts in any given movement, will be fascinating for serious readers.

But the beautiful and sensuous prose (less explorative than other works, making it more accessible) as well as the unusual topic and uninhibited re-imagining of reality and time make this a unique, awe-inspiring read for anyone willing to suspend disbelief and go along for the ride.

“Nothing thicker than a knife’s blade separates happiness from melancholy.”

“Once the disease of reading has laid hold upon the system it weakens it so that it falls an easy prey to that other scourge which dwells in the ink pot and festers in the quill.”

“Bad, good, or indifferent, I’ll write, from this day forward, to please myself.”

“No passion is stronger in the breast of man than the desire to make others believe as he believes. Nothing so cuts at the root of his happiness and fills him with rage as the sense that another rates low what he prizes high.”

“Illusions are the most valuable and necessary of all things, and she who can create one is among the world’s greatest benefactors.”

“We write, not with the fingers, but with the whole person.”

“Our most violent passions . . . are the reflections we see in the dark hollow at the back of the head when the visible world is obscured for the time.”

More about Orlando by Virginia Woolf