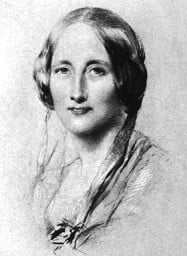 Elizabeth Gaskell (née Elizabeth Cleghorn Stevenson, September 29, 1810 – November 12, 1865) was a British author known for short stories and novels focusing on social classes. In literary circles and beyond, she was often referred to simply as “Mrs. Gaskell.”

The upheaval of class boundaries, the industrialization of England, religion, and women’s issues in the Victorian era were all themes of her work. Elizabeth’s mother died a year or so after giving birth to her. Her father, a Unitarian minister, wasn’t able to care for her, so she was sent to live with an aunt.

She lived with her aunt in Cheshire, England, which years later would provide the inspiration for her novel, Cranford. Her aunt encouraged her to read classic books, which fed her love of writing.

Her brother, who traveled widely, sent her books from near and far. Elizabeth grew up to be a young woman with a kind heart and gentle personality, and was also known for her beauty.

A marriage of hearts and minds

She married William Gaskell in 1832. Her husband, like her father, was a minister of the Unitarian Church, and theirs proved to be a successful and companionable match. He became well known in his profession, and also somewhat esteemed for his literary work. Theirs was a sociable life, with Elizabeth gladly assuming the duties of hostess in her role as a minister’s wife.

Both Elizabeth and her husband were involved in social reform and seeking justice for the poor. “Sketches of the Poor, No. 1,” a series of poems she wrote with her husband, was published in January of 1837 in Blackwood’s Magazine. 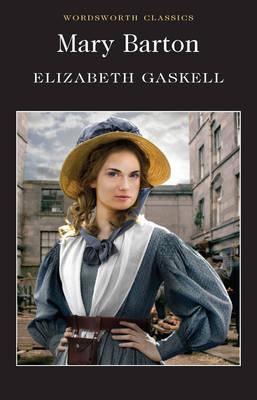 A child dies and a career is born

Her first novel, Mary Barton, was written in a time of great grief following the 1844 death of her baby son at age one. More than a decade before, she had given birth to a stillborn girl. Mrs. Gaskell would go on to give birth to four daughters.

Up until that time, she hadn’t written anything of consequence other than the poems she collaborated on with her husband, as noted above, and these tragedies seemed to be the catalyst for her writing endeavors.

She was also highly attuned to her experiences and surroundings. Living near Manchester in the early days of her marriage gave her a view of the rise of industrial society; and traveling with her husband to Germany and Belgium before their son was born gave rise to her interest in German literature.

After working on the book for three years, it was ready to be sent out to publishers, and like the Brontë sisters before her, Mrs. Gaskell found it difficult to get the attention of publishers. After languishing at Chapman & Hall for a year, she made an inquiry. The manuscript hadn’t been read at all, but once prompted, the publisher immediately accepted it and it was printed shortly thereafter. Mary Barton was published in 1848.

During the period in which she worked on Mary Barton, Mrs. Gaskell also wrote a small number of short stories, published pseudonymously.

A burst of productivity: Mary Barton, Cranford, and more

Though Mary Barton was also published under an assumed name, it didn’t take long for the author’s true identity to be revealed. The novel was an immediate success, selling thousands of copies and setting the stage for a series of novels that were hugely admired and respected by critics and literary peers alike. One of her greatest admirers was Charles Dickens.

During this period of great productivity, she also perfected the role of devoted wife and mother, endearing her to Victorian society — one which often frowned upon writing women. Friendly and charming, she was also cherished by friends and relatives. 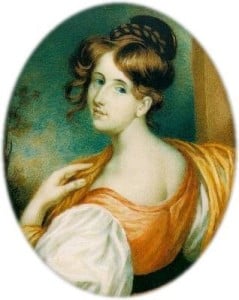 The Life of Charlotte Brontë

After making a name for herself, she forged warm friendships with many well-known writers, including Charlotte Brontë and her sisters Emily and Anne. After Charlotte’s death, her father, Patrick Brontë asked Mrs.Gaskell to write her biography. The Life of Charlotte Brontë was published in 1857, and helped secure the literary reputation of both author and subject.

By the time of Mrs. Gaskell’s own death in 1865, The Life of Charlotte Brontë was still considered one of the best, most readable biographies in the English language, arguably comparable to the best of her novels. 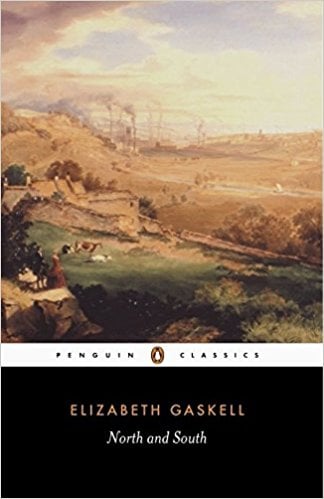 A master of Victorian literature

Mrs. Gaskell is now considered a master of Victorian literature, and is praised for her visionary use of storytelling to bring to life the rapid changes that she observed during her lifetime. In the words of the Elizabeth Gaskell Society:

“Despite her occasional tendency towards melodrama, Elizabeth had a natural gift for storytelling and Dickens referred to her as his ‘dear Scheherazade’. She originally published anonymously but, according to Victorian conventions, her readers came to know her as ‘Mrs Gaskell’ a name which made her sound matronly and safe.

Elizabeth Gaskell (as we prefer to call her) was actually courageous and progressive in her style and subject matter, and often framed her stories as critiques of Victorian attitudes (particularly those towards women).

She braved the opprobrium of her husband’s Unitarian congregation, in part for her depiction of prostitution and illegitimacy, particularly in her novel Ruth, and also for her challenge to the traditional view of women’s role in society.”

Elizabeth Gaskell: A habit of stories

And from Elizabeth Gaskell: A Habit of Stories by Jenny Uglow:

“Elizabeth Gaskell, alone among the great women Victorian writers, combined her art with the determined respectability that prompts her readers even today to think of her as ‘Mrs. Gaskell.’ In her writing she was a radical: her novels shocked her readers with their portrayals of industrial England with its class wars and fallen women …

The radicalism, however, had its roots in her thoroughly conventional domestic life as a devoted mother and Unitarian minister’s wife, roles which, like those of sister and friend, held places in her life at least as important to her as those of writer and activist …

Though she often wondered whether she was, without knowing it, an ‘improper woman,’ she grew, in the lively intellectual circle of Urban Dissenters of which she was a part, to become one of the most important novelists of the great age of the novel, and one of the most interesting short story writers of her day.”

The legacy of Mrs. Gaskell

Despite the stellar reputation she had during her lifetime and shortly beyond, most of Mrs. Gaskell’s novels gradually fell out of favor and into obscurity. In the first half of the twentieth century, she was considered a minor writer of the feminine variety. She was unfairly criticized has lacking the “masculinity” to portray social problems.

In the 1950s and 1960s, Mrs. Gaskell’s work was re-evaluated and praised for its vision in presenting burgeoning industrial society and the social problems of the classes. North and South, for example, was a pioneering novel in its presentation of the conflicts between workers and their employers.