Quotes from The Secret Garden by Frances Hodgson Burnett 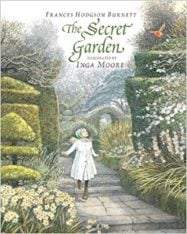 The Secret Garden by Frances Hodgson Burnett (1849 – 1924) was first published as a book in 1911 after being serialized starting in 1909. Here we’ll explore a selection of touching quotes from A Secret Garden.

At the start of the story, we meet Mary Lennox, a sickly and neglected 10-year-old born to wealthy British parents in colonial India. After a cholera epidemic kills her parents, Mary is sent to England to live with her uncle in a mysterious house.

The tale follows the spoiled and sulky young girl as she slowly sheds her sour demeanor after discovering a secret locked garden on the grounds of her uncle’s manor. She befriends Dickon, one of the servant’s brother, a free spirit who can communicate with animals, and Colin, her uncle’s son, a neglected and lonely invalid.

The Secret Garden is a tale spun around the power of kindness and love, painting powerful imagery of the damage that neglect and selfishness can produce. Mary’s redemption through learning to care for others has made this a timeless classic.

A bit about the author: Frances Hodgson Burnett  was born in Cheetham, England. She emigrated to the U.S. with her mother and siblings when she was in her teens, and started publishing stories in magazines to help support her family.

During the course of a writing career that spanned some fifty years, Burnett produced over fifty books and thirteen stage plays. Most have been forgotten, swept into the literary dustbin that contains the legions of overly sentimental stories that were produced in that era. But she produced three works that endured — Little Lord Fauntleroy, The Secret Garden, and A Little Princess. They each had strong, offbeat characters and rose above the sugary sweetness and morality of children’s tales of the era.

“It was the sweetest, most mysterious-looking place any one could imagine. The high walls which shut it in were covered with the leafless stems of climbing roses which were so thick that they were matted together.”

“Hang in there. It is astonishing how short a time it can take for very wonderful things to happen.”

“That afternoon the whole world seemed to devote itself to being perfect and radiantly beautiful and kind to one boy.”

“Perhaps there is a language which is not made of words and everything in the world understands it.”

“When a man looks at the stars, he grows calm and forgets small things. They answer his questions and show him that his earth is only one of the million worlds. Hold your soul still and look upward often, and you will understand their speech. Never forget the stars.”

“Two worst things as can happen to a child is never to have his own way – or always to have it.”

“I am sure there is Magic in everything, only we have not sense enough to get hold of it and make it do things for us” 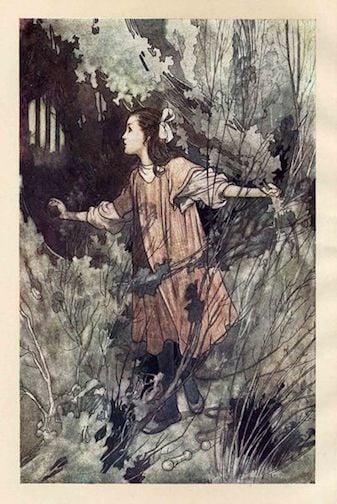 “I am writing in the garden. To write as one should of a garden one must write not outside it or merely somewhere near it, but in the garden.”

“She made herself stronger by fighting with the wind.”

“One of the strange things about living in the world is that it is only now and then one is quite sure one is going to live forever and ever and ever. One knows it sometimes when one gets up at the tender solemn dawn-time and goes out and stands out and throws one’s head far back and looks up and up and watches the pale sky slowly changing and flushing and marvelous unknown things happening until the East almost makes one cry out and one’s heart stands still at the strange unchanging majesty of the rising of the sun — which has been happening every morning for thousands and thousands and thousands of years.”

“He had made himself believe that he was going to get well, which was really more than half the battle.”

“One of the new things people began to find out in the last century was that thoughts — just mere thoughts—are as powerful as electric batteries — as good for one as sunlight is, or as bad for one as poison. To let a sad thought or a bad one get into your mind is as dangerous as letting a scarlet fever germ get into your body. If you let it stay there after it has got in you may never get over it as long as you live.”

“To let a sad thought or a bad one get into your mind is as dangerous as letting a scarlet fever germ get into your body. If you let it stay there after it has got in you may never get over it as long as you live …  surprising things can happen to any one who, when a disagreeable or discouraged thought comes into his mind, just has the sense to remember in time and push it out by putting in an agreeable determinedly courageous one. Two things cannot be in one place.”

“To let a sad thought or a bad one get into your mind is as dangerous as letting a scarlet fever germ get into your body. If you let it stay there after it has got you in you may never get over it as long as you live … ”

“Of course there must be lots of Magic in the world,” he said wisely one day, “but people don’t know what it is like or how to make it. Perhaps the beginning is just to say nice things are going to happen until you make them happen. I am going to try and experiment.”

“As she came closer to him she noticed that there was a clean fresh scent of heather and grass and leaves about him, almost as if he were made of them.” 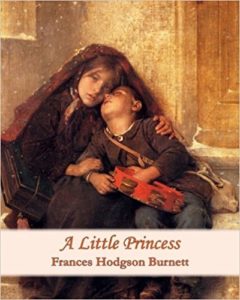 “Surprising things can happen to any one who, when a disagreeable or discouraged thought comes into his mind, or just has the sense to remember in time and push it out by putting in an agreeable determinedly courageous one. Two things cannot be in one place. Where you tend a rose … a thistle cannot grow.”

“If you look the right way, you can see that the whole world is a garden.”

“In secret places we can think and imagine, we can feel angry or sad in peace. There is something to be said for just being, without worrying about offending anyone.”

“But the calm had brought a sort of courage and hope with it. Instead of giving way to thoughts of the worst, he actually found he was trying to believe in better things.”

“It is only now and then one is quite sure one is going to live forever and ever and ever.” 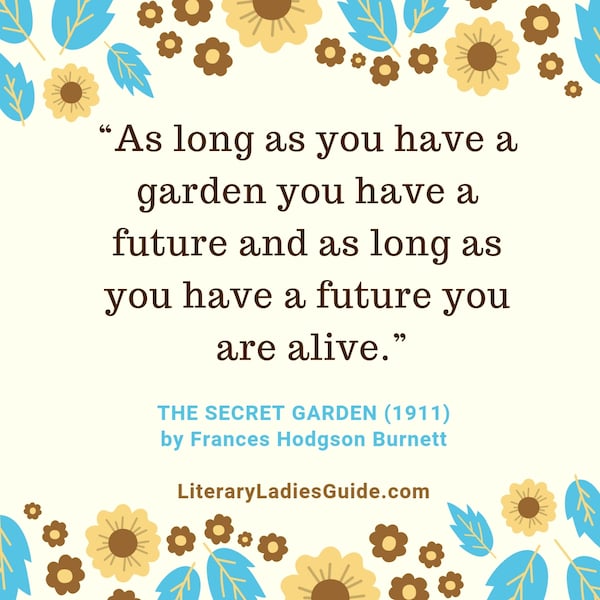 “However many years she lived, Mary always felt that ‘she should never forget that first morning when her garden began to grow’.”

“And they both began to laugh over nothing as children will when they are happy together. And they laughed so that in the end they were making as much noise as if they had been two ordinary healthy natural ten-year-old creatures—instead of a hard, little, unloving girl and a sickly boy who believed that he was going to die.”

“Everything is made out of magic, leaves and trees, flowers and birds, badgers and foxes and squirrels and people. So it must be all around us. In this garden — in all the places.” 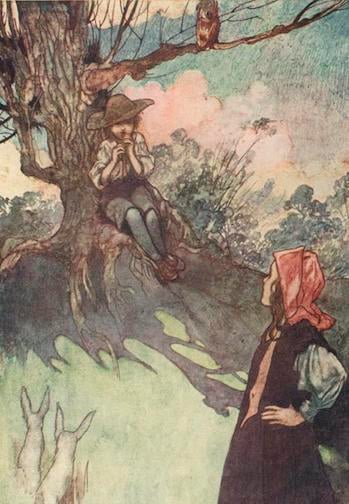