The Theme of Survival in Kindred by Octavia E. Butler 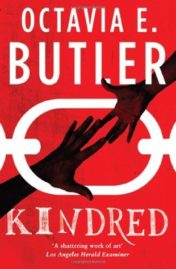 For Octavia E. Butler (1947 – 2006), writing speculative and science fiction wasn’t merely a vehicle for escaping into fantasy, but a means to explore universal issues. This is certainly true of Kindred, the 1979 novel that is arguably her most iconic.

Butler’s deep and abiding interest in and observation of human nature — even within fantastical realms — is what makes her work so compelling and complex. And yet her storytelling is flowing and natural. Her novels are tightly plotted page-turners; many of her protagonists are strong, believable Black women.

After struggling to gain a foothold in the world of publishing, Butler found a home for some short stories and broke through with her first novel, Patternmaster (1976). It was the first in what would become a four-volume series.

It was Kindred (1979) that really launched Butler’s career. Whereas most of her work, before and after, fits squarely into the sci-fi realm, Kindred falls more into the category of speculative fiction. It tells of a contemporary African-American woman who travels back in time to save an ancestor who happens to be a white slave owner. By saving him in his time, she ensures her own survival in the future. 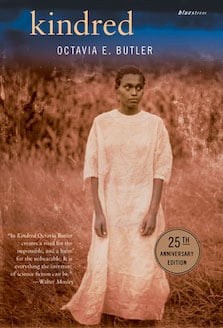 Slavery from a unique perspective

Kindred looks at the practice of slavery in the American South from the perspective of a Black woman in the 1970s. Like many of Butler’s other books, this one engages the reader with themes of race, power, gender, and class through the use of skillful storytelling.

Kindred’s protagonist, Dana Franklin, is an African-American woman writer in her twenties living in 1970s California. She’s repeatedly hurtled back in time to a slave plantation in 1815 Maryland.

Witnessing the first-hand the brutality of slavery, Dana learns the true meaning of survival. Her repeated attempts to escape go beyond her personal desire to return to what she comes to realize is, to say the least, a much easier existence. Because many events in the past have already happened and shaped the course of personal and cultural histories, they may be beyond Dana’s ability to alter. 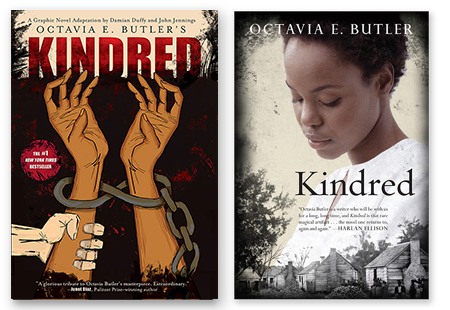 Kindred by Octavia E. Butler on Amazon
Kindred is also available as a graphic novel adaptation

Thus, she needs to navigate a tricky balance. Seeking to do as little harm as possible, she is compelled — repeatedly — to rescue Rufus, a ruthless white slave owner who she comes to learn is her ancestor. Thus, her own future existence depends on ensuring his survival.

Dana is also enormously conflicted about Rufus’s rape and concubinage of Alice, a proud Black woman who, as it turns out, is also Dana’s ancestor, one that Dana also needs to ensure her own future. Alice’s attempts to escape have even more dire consequences than Dana’s.

The theme of survival

The theme of escape, while ever-present, is overshadowed by the theme of survival — of the self, family, and community. In the present, Dana has lived a life of freedom and naturally wants to return to it. Yet through her own attempts, she comes to know how difficult escape can be for her Black kindred of the past:

“Nothing in my education or knowledge of the future had helped me to escape. Yet in a few years an illiterate runaway named Harriet Tubman would make nineteen trips into this country and lead three hundred fugitives to freedom … Why was I still slave to a man who had repaid me for saving his life by nearly killing me? And why … why was I so frightened now — frightened sick at the thought that sooner or later, I would have to run again?”