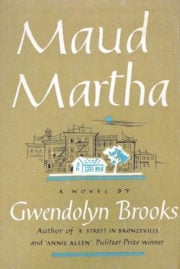 Maud Martha by Gwendolyn Brooks is the only novel by this esteemed and much honored American poet. Published in 1951, its language is both spare and profound; it reads beautifully and poetically without seeming affected. It’s the story of a middle-class, mid-twentieth century black woman leading an ordinary, extraordinary life.

The story opens when Maud Martha is seven, observing the adults around her with wonder and bafflement. The story begins to grip as she enters adulthood, with its dating rituals, love, jealousy, marriage, motherhood, disappointment, loss, contentment and joy.

It skims the surface of segregation and bias, and explores familial and neighborly bonds —  all within a surprisingly short novel.  Presented here is a selection of quotes from Maud Martha by Gwendolyn Brooks, a book that deserves to be rediscovered and treasured. 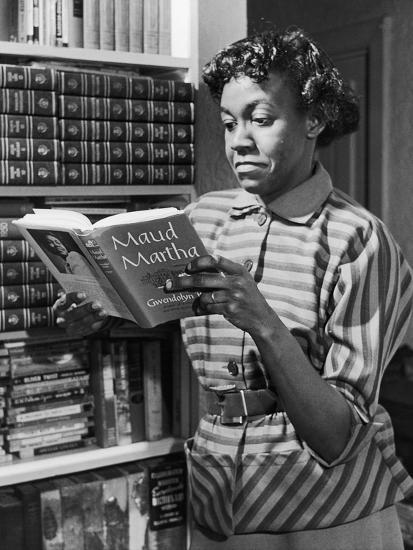 “What she liked was candy buttons, and books, and painted music (deep blue, or delicate silver) and the west sky; so altering, views from the steps of the back porch; and dandelions.”

“She was going to keep herself to herself. She did not want fame. She did not want to be a ‘star.’ To create — a role, a poem, picture, music, a rapture in stone: great. But not for her. What she wanted was to donate to the world a good Maud Martha. That was the offering, the bit of art, that could not come from any other.”

“Could be, she mused, a marriage. The marriage shell, not the romance, or love, it might contain. A marriage, the plainer, the more plateaulike, the better. A marriage made up of Sunday papers and shoeless feet, baking powder biscuits, baby baths, and matinees and laundrymen, and potato plants in the kitchen window.”

“For Russell lacked — what? He was — nice. He was fun to go out with. He did things, he said things, with a flourish. That was what he was. He was a flourish. He was a dazzling, long, and sleepily swishing flourish.”

“She toasted rye strips spread with pimento cheese and grated onion. She made cocoa. They ate, drank, and read together. She read Of Human Bondage. He read Sex in the Married Life. They were silent.”

“As he played, he kept a lookout for his mother, who usually arrived at seven, or near that hour. When he saw her rounding the corner, his little face underwent a transformation. His eyes lashed into brightness, his lips opened suddenly and became a smile, and his eyebrows climbed toward his hairline in relief and joy.”

“Then she thought of her life. Decent childhood, happy Christmases; some shreds of romance, a marriage, pregnancy and the giving birth, her growing child, her experiments in sewing, her books, her conversations with her friends and enemies. ‘It hasn’t been bad,’ she thought.”

“On the whole, she felt, life was more comedy than tragedy. Nearly everything that happened had its comic element, not too well buried, either. Sooner or later one could find something to laugh at in almost every situation. That was what, in the last analysis, could keep folks from going mad.”

“But the sun was shining, and some of the people in the world had been left alive, and it was doubtful whether the ridiculousness of man would ever completely succeed in destroying the world — or, in fact, the basic equanimity of the least and commonest flower: for would its kind not come up again in the spring?” 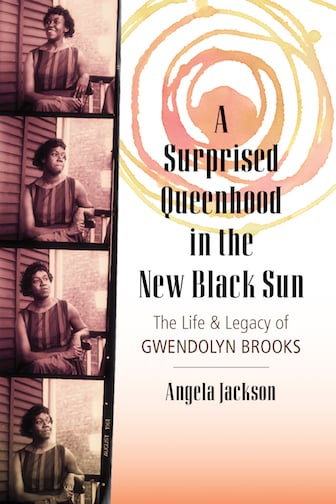 *These are Bookshop Affiliate and Amazon Affiliate links. If a product is purchased by linking through, The Literary Ladies Guide receives a modest commission, which helps maintain our site and helps it to continue growing!