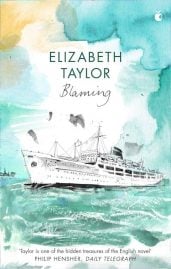 Elizabeth Taylor (1912 – 1975) knew from a young age that she wanted to be a novelist — to be clear, this isn’t  in reference to the renowned actress, but to the prolific British author. In the following selection of quotes from Elizabeth Taylor’s fiction, we get a glimpse of her literary gifts.

Her first novel, At Mrs Lippincote’s, was published in 1945. Here, Roddy, an RAF officer has been stationed in a small town in southern England and, now, his wife and son and cousin have joined him in what used to be Mrs Lippincote’s house. Mr and Mrs Lippincote have died, but the Davenant family is building a life together.

Her last novel, Blaming, was published posthumously in 1976.  Here, Amy is unexpectedly widowed in Istanbul and Martha helps her travel home to England. Sharing this intense experience suggests a solid foundation for a friendship, but when the women return to England, maintaining that tie is a challenge.

These are everyday events in ordinary people’s lives: throughout her twelve novels and sixty-five short stories, Elizabeth Taylor has been inspired and fueled by such events. 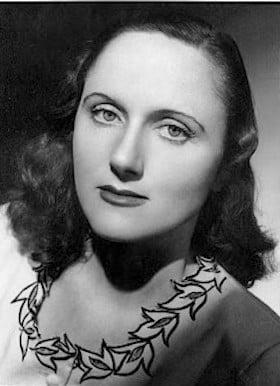 Taylor’s female characters are often at the heart of her stories, and they remain distinct and memorable creations. Consider how different readers’ impressions are of the following three women in her stories: Julia’s observations of the Wing Commander’s wife, Angel, and Camilla.

Twittering, gazing and supplanting: Taylor’s observations are succinct and evocative. We feel like we know these characters, sometimes more intimately than they know themselves:

“She twitters. Like all the wives of somber men, she froths and seethes and bubbles, keeps herself at boiling-point ready for emergencies.”  (At Mrs Lippincote’s)

“Angel, at first shocked, soon grew used, from constant looking, to seeing only what she chose, especially the narrowness of her bare hand with its emerald ring. She would gaze at this detail for a long time each day.” (Angel)

“She made the mistake always of thinking people would like what she herself liked; she put herself too much in other people’s places, instead of allowing them to stay there themselves.” (A Wreath of Roses) 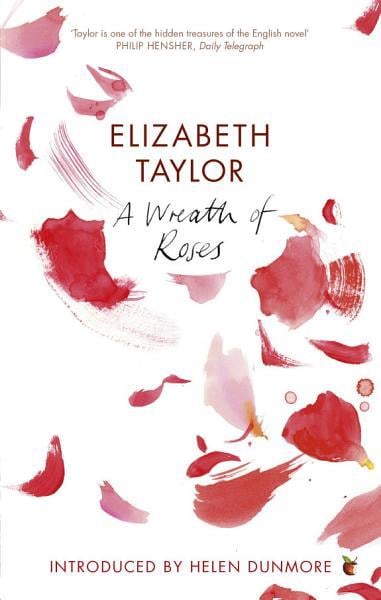 Another way that Taylor involves readers in her stories about ordinary lives is to evoke simple sensory details. Our noses and our fingertips are engaged—we feel the prickling and the slicing. Elizabeth Taylor’s use of detail is specific and astute:

“The smell was suffocating. Cats had wetted the carpets for centuries, Camilla decided. Bushels of onions had been fried. No one had washed, or opened a window.” (A Wreath of Roses)

“The sandwiches they had ordered were now put in front of them, and Nell lifted a corner of one of hers and peered short-sightedly inside – hard-boiled egg, sliced, with dark rings round the yolk, a scattering of cress, black seeds as well.” (The Wedding Group)

“He thought of Emily lying under the spell of her alien beauty and Rose’s devotion enclosing her like a thicket of briars.” (The Sleeping Beauty)

“The train ripped through the sullen landscape like scissors through calico….” (Palladian) 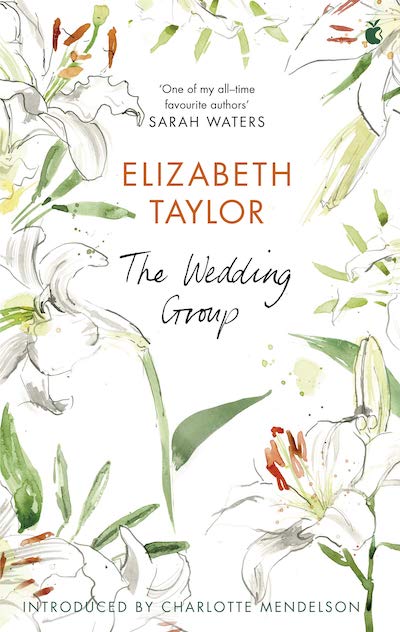 Relationships, with ourselves and one another

Even when she evokes more universal experiences, she has a way of illuminating the darker corners of human experiences. Richard’s observation is true:

“We are all like icebergs; underneath where the greater parts are hidden it is dark and unreachable.” (A Wreath of Roses)

Consider how unconventional and varied are two of her representations of mothering:

“Some sons may have a picture of their mother knitting by the fireside — but David’s was of Midge with glass in hand, railing against something. The railing was hardly ever seriously meant. It was intended to interest, or amuse, or fill in a gap in the conversation, which was something Midge deplored.” (The Wedding Group)

“Flora sat down in the old rocking-chair – her mother’s – and began to unbutton her blouse. Alice pushed her tear-wet face against her and her crying ceased; but, even with her mouth fastened furiously to her mother’s breast, she still made little hiccupping noises, the echoes of sobs, as if resentment lingered.” (The Soul of Kindness)

Taylor’s characters can be loving and enchanting, as well as railing and resentful (although when one character observes another and assumes an understanding of them, this often says more about the observer than the observed). Darkness complements the light in her storytelling. 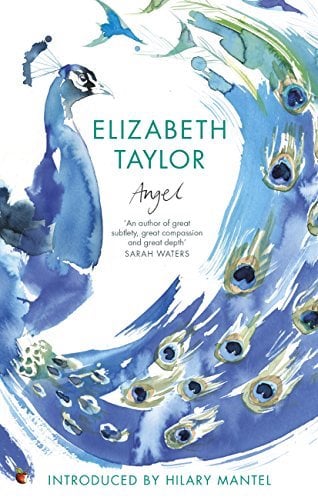 “Back along the suburban streets with the admired privet hedges, the houses with their bowed and bayed windows, the skeleton laburnums which in spring would give such pleasure. Gardens were all in darkness now, but television lit up rooms, or shadows passed behind drawn curtains. Sometimes light sprang up in bedrooms.” (Blaming)

“… she dreamed through the lonely evenings, closing her eyes to create [as a novelist] the darkness where Paradise House could take shape, embellished and enlarged day after day — with colonnades and cupolas, archways and flights of steps….” (Angel)

“Whereas in the centre of the earth, in the heart of life in the core of even everyday things is there not violence, with flames wheeling, turmoil, pain, chaos?” (A Wreath of Roses)

“She thought of the river and the prison and then of the Abbey ruins, imagining a dark, Gothic, ivy-covered place in which, under some crumbling archway, she might meet [the Wing Commander], with the bats swinging at shoulder height and a white owl hooting above.” (At Mrs Lippincote’s)

Fans of the Brontë sisters — Anne, Charlotte, and Emily —will find many allusions to their work throughout Elizabeth Taylor’s writing. These references contribute to these stories’ timeless feel, their enduring relevance across the decades. 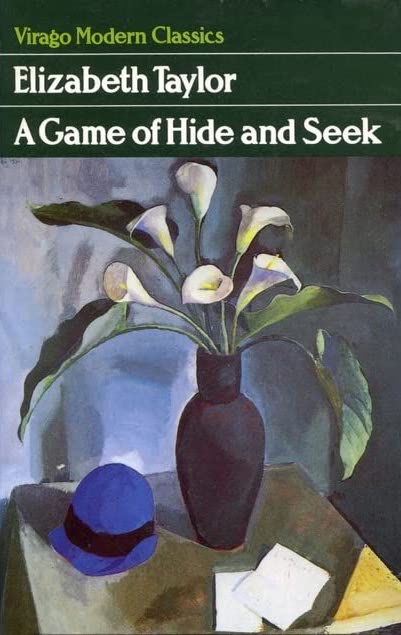 How Elizabeth Taylor’s characters experience time passing is often revealing of the state of their minds and hearts:

“At other tables sat a few other elderly ladies looking, to Mrs Palfrey, as if they had been sitting there for years. They were waiting patiently for the celery soup, hands folded in laps and eyes dreamy.”  (Mrs Palfrey at the Claremont)

“After their walk in the woods, Harriet faced the day’s page uncertainly. There was either far too much space or only one-hundredth part enough. Time had expanded and contracted abnormally. That morning and all her childhood seemed the same distance away.” (A Game of Hide and Seek)

“Those games, to outwit time and distance, all lovers play – the rose that the hand touched, the kisses on paper: so that the earth is spun about by invisible threads, a tangle of enchantment.” (The Sleeping Beauty)

As astutely as Taylor represents her characters broader understanding of time (and mortality and other related themes), she is just as talented in representing the present. She manages the mechanics of scenes and dialogue in them so deftly that it appears effortless. 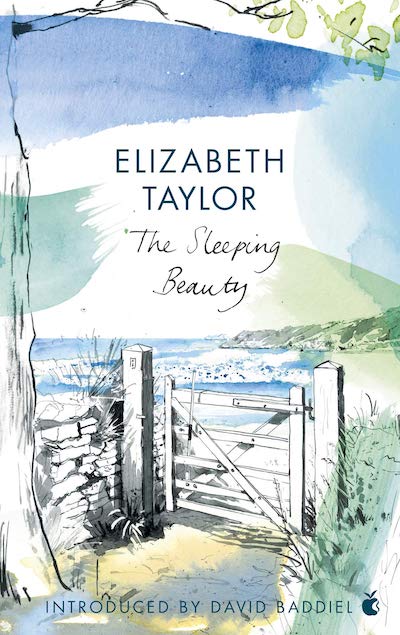 Dialogue can be used to build characterization, as with this conversation between Vinny and Emily:

“’I cannot think why you love me,’ he said, as all lovers say; but with more anxiety in his voice than is usual.
‘Oh, I am nothing without you,’ she said. ‘I should not know what to be. I feel as if you had invented me. I watch you inventing me, week after week.’” (The Sleeping Beauty)

Sometimes, however, the dialogue is simply part of constructing a scene. And, when it comes to children, Elizabeth Taylor’s depictions are tender and cruel — in short, realistic.  Consider this passage, from a novel preoccupied with the theme of loss and bereavement, both blatantly and delicately exploring the matter at hand, through a discussion between two children:

“’Not everyone goes to heaven,’ Dora, who was older said, ‘Egyptian mummies didn’t go. Or stuffed fishes.’
‘No fishes never go,’ Isobel agreed ‘sometimes I eat them. Chickens can’t go, nor.’
‘I don’t really know about heaven,’ Dora said in her considered way. ‘We haven’t done that at school yet. But I know they must go somewhere, or we’d be full up here. People coming and going all the time.’” (Blaming)

Evidently, in the face of darkness, Elizabeth Taylor’s storytelling has a light touch. There are many humorous moments in her work, as with Patrick’s suggestion to Flora, in The Soul of Kindness: “One can’t make much of a career out of having tea with married women.” They are numerous, but usually most effective in the context of the story.

Often readers who select just one Elizabeth Taylor novel, on the advice of another reader, return for more. Her writing is of a consistently high-quality. It’s easy to imagine that she viewed the world around her with the kind of attention and dedication that Mrs Secretan describes in this scene:

“Mrs Secretan had spent some happy hours renovating Flora’s old dolls’ house for her future grandchild. She had made new curtains and bed-clothes and had cleaned the plaster food, which was set out on the table – a lobster, a pink ham, a dish of peas and a charlotte russe. A woolly cat lay in front of the painted fire. Dolls sat stiffly in chairs: those that could not bend at all had been put to bed in their clothes or were propped against furniture.” (The Soul of Kindness)

Just as the Davenant family moves into Mrs Lippincote’s home, just as Mrs Secretan creates a dolls’ house for her daughter and her granddaughter, Elizabeth Taylor prepares the scenes in her novels meticulously. Her characters move as needs must, whether comfortable in front of the fire or propped awkwardly in a corner, and then she makes us care about them through the small ceremonies of their daily lives.