The Six Brilliant Novels of Jane Austen (plus Sanditon) 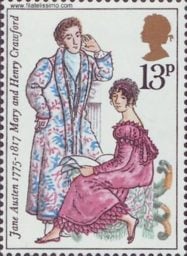 It’s a testament to an author when a relatively small body of work endures through the ages. The six brilliant novels of Jane Austen have not only stood the test of time, but have continued to be adapted for film and television (not to mention fanfiction by other authors, a list far too vast to enumerate).

With six exquisite novels displaying compassion, humor, and insight into the travails of the sexes and social classes, Jane Austen’s place in literary history is forever secured.

Despite the popular portrayal of her as all charm and modesty, she was a writer and observer of human nature with full mastery of her gifts. She cared deeply about getting published and being read, despite myths to the contrary.

Here is an overview of her six classic novels of Jane Austen (plus Sanditon, which was unfinished at the time of her death. At the end of each title’s entry, you’ll find a link to a full plot summary and analysis.

There can be little doubt that in Sense and Sensibility we have the first of Jane Austen’s revised and finished works. In several respects, it reveals an inexperienced author.

The action is too rapid, and there is a want of dexterity in getting the characters out of their difficulties. Mrs. Jennings is too vulgar, and in her, as in several of the minor characters, we see that Jane had not quite shaken off the turn for caricature, which in early youth she had possessed strongly.

Sense and Sensibility was originally called Elinor and Marianne, but it might as appropriately have been named The Dashwood Family, for it is really the history of one family, of whom two sisters are nominally the chief characters, but by no means the most interesting; and the other personages of the story, as was so usual with Jane Austen, only revolve round the central characters.

The disagreeable story of Willoughby’s earlier life is unnecessary to the plot, Colonel Brandon is too shadowy to be interesting, and Margaret Dashwood, the third sister, is an absolute nonentity.

Nevertheless, there is much in it that is good. The John Dashwoods; Elinor, Marianne, and their mother; the Middletons, and Mrs. Palmer are all excellent, and, remembering it as the work of a girl of twenty-one, its promise for her future success was very great.

It can never be put aside by anyone as wholly unworthy of her powers; all that the most severe critic could say is that it is not quite up to the mark of her later, more matured writing, and this is, indeed, a faint condemnation which would be praise for almost any other author.

Read more about Sense and Sensibility.

No admirer of Elizabeth Bennet will wonder that her delineator could not find a satisfactory portrait of her, for she is a vary rare type of character; indeed, it is a distinguishing characteristic of Pride and Prejudice that both the hero and heroine are uncommon in every respect, and yet thoroughly lifelike.

A shade more of gaiety would have made Elizabeth a flippant, amusing, commonplace girl, just as a degree less intellect would have made Darcy as intolerable as Mrs. Bennet thought him. But Jane Austen had shaken off all tendency to exaggeration by the time she brought out Pride and Prejudice, and henceforth her characters are kept well within bounds.

We see in Darcy the man who has had everything to spoil him yet is really superior of being spoilt. He is handsome, wealthy, well-born, and of powerful intellect, and the adulation and submission he has always had from everyone about him wearies him into receiving such homage with cold indifference and apparent haughtiness. Yet under this repellent exterior is a warm, generous, and tender heart, which is capable of great sacrifices for anyone he really loves.

Elizabeth Bennet is exactly the right wife for him, for, with a nature as capable of tenderness and constancy as his, she has all the simplicity, brightness, and playfulness which are wanting in him.

Yet from the day that she and Mr. Darcy first meet they take a mutual aversion to each other, and long after he has succumbed, and fallen in love with her, she is unconscious of his feelings, and continues to dislike him.

Read more about Pride and Prejudice.

Mansfield Park is the story of Fanny Price, sent by her impoverished family to be raised in the household of a wealthy aunt and uncle. The story follows her into adulthood and is a commentary on class, family ties, marriage, and the status of women.

The novel went through two editions before Jane Austen’s death (1817) but didn’t receive any public reviews until 1821. Critical reception for this novel, from that time forward, has been the most mixed among Austen’s works.

In an introduction to a contemporary edition, Kathryn Sutherland portrays Mansfield Park as a darker work than Austen’s other novels, because it challenges “the very values (of tradition, stability, retirement, and faithfulness) it appears to endorse.”

Mansfield Park is lengthy, but this can hardly be considered a blemish, as it was the deliberate intention of the author, and, after all, it is “readable from cover to cover.” The only part that could appear to anyone unnecessary is Fanny’s visit to her relations at Portsmouth, and no one would wish to lose so good a picture of the home mismanaged by the incapable wife and mother.

From first to last Fanny Price is charming, and, seeing how admirably her character is worked out, Mansfield Park cannot be considered too long for art, as it certainly is not too long for enjoyment.

Many readers of Jane Austen will agree in thinking that in Emma she reached the summit of her literary powers. She has given us quite as charming individual characters both in earlier and later writings, but it is impossible to name a flaw in Emma; there is not a page that could with advantage be omitted, nor could any additions improve it.

The story, as usual with Jane Austen, is a mere thread of the most everyday kind: the loves, hopes, fears, and rivalries of a dozen people, with all their home lives and surroundings. But every one of the characters stands out clearly from the canvas, and all are life-like and delightful.

It has all the brilliancy of Pride and Prejudice, without any immaturity of style, and it is as carefully finished as Mansfield Park, without the least suspicion of prolixity.

In Emma, too, as has been already noticed, she worked into perfection some characters which she had attempted earlier with less success, and she gave us two or three, such as Mr. Weston, Mrs. Elton, and Miss Bates, which we find nowhere else in her writings.

Moreover, in Emma, above all her other works, she achieved a task in which many a great writer has failed; for she gives us the portrait of a thorough English gentleman, drawn to the life. 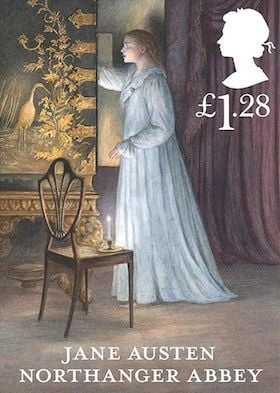 The first novel intended for publication by Jane Austen, Northanger Abbey was originally titled Susan. Completed in 1803, it wasn’t published until 1817, the year of the author’s death. This  coming-of-age novel’s heroine, Catherine Morland, at first young and rather naïve, learns the ways of the world in the course of the narrative.

Set in Bath, England, the fashionable resort city where the Austens lived for a time, Jane Austen critiques young women who put too much stock in appearances, wealth, and social acceptance. Catherine values happiness but not at the cost of compromising one’s values and morals.

Sarah Fanny Malden, the 19th-century critic whose detailed plot summaries and analyses of Jane Austen’s works are reprinted on this site, felt that Northanger Abbey is inferior to the author’s other novels:

“I think that Catherine Morland, though in many respects attractive, is the most uninteresting of Jane Austen’s heroines, and betrays the writer’s youth. Emma Woodhouse (of Emma) Fanny Price (of Mansfield Park), and Elizabeth Bennet (of Pride and Prejudice) are all women we should like to have known. For Anne Elliot (of Persuasion), what words of praise are high enough?

But Catherine Morland is an obvious copy of Evelina: a good-hearted, simple-minded little goose … Perhaps Jane Austen felt this herself, for she closes the story with a playful account of their marriage, and makes no attempt to picture their future life together.”

Persuasion, the last novel Jane Austen wrote, along with Northanger Abbey, her first completed novel, were both published six months after her death in 1817.

In approaching Persuasion, we have to deal with the last, and, in my opinion, the greatest of Jane Austen’s works, for though Emma usually holds the first place in her writings, and although there are unquestionably one or two weak points in Persuasion from which Emma is free, I cannot but heartily state that “Persuasion is the most beautiful of all Jane Austen’s stories.”

Dear, charming Anne Elliot! We rejoice to feel that we are leaving her in the midst of such a tender, radiant Indian summer of happiness; and we safely predict a married life at blessedness for her and her husband; but even in this crowning hour of their felicity, there is the same tinge of pathos visible as throughout the book.

It does not seem intentional; it is rather as though the writer could no longer treat her subject with the bright gaiety of former days, and it is not wonderful that a dying woman could not.

Persuasion is the swan song of Jane Austen’s authorship, and, true to its character, the saddest and sweetest of her works. When she finished it, only a few months before her death, she had in fact laid down the pen for ever; and doubtless it was the consciousness of this which shaded the story to a more autumnal tone than anything she had yet written.

We could not wish it otherwise, for the group of novels would have been incomplete without some such story of comparatively late happiness. 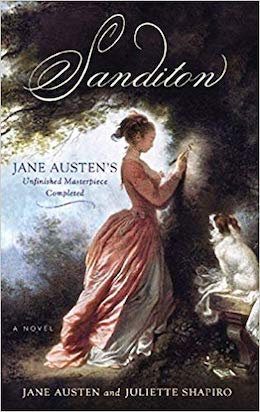 Contributor Adam Burgess begins his musing on Jane Austen’s unfinished novel as follows: Sanditon, though unfinished, is perhaps Jane Austen’s most exciting, unusual, and promising piece of literature. Unlike The Watsons, whose plot and ending can be relatively inferred, Sanditon, the novel she worked on in 1817, the year of her death,  is quite different from any of her other stories.

The narrative of Sanditon could probably have followed a variety of paths, so predicting its resolution is difficult to do.

The story’s heroine, Charlotte Heywood, is a somewhat-exaggeratedly sensible young woman. She comes to the small coastal tourist town of Sanditon upon the urgings and guardianship of its proprietor, who is attempting to build the town’s reputation.

The rest of the story’s cast are also exaggerated, but in different ways, most of them being comic caricatures – folks obsessed with false ailments, shoddy business ventures, tourism, and the like.

More about the novels of Jane Austen