On First Reading Pride and Prejudice 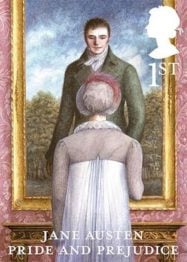 I first read Jane Austen’s Pride and Prejudice in the spring of 2005, while my mother-in-law recuperated in rehab from a broken leg. A year earlier she moved in with my husband Bruce and me.

It had been a difficult year, and she was soon to return. I wanted to make things easier for all of us, and was earnestly making lists of how to do that. “This time it will be different,” I told myself. And I turned back to Pride and Prejudice.

Flo Gibson narrates the Pride and Prejudice audio book. Flo (I think of her as Flo) pronounces the famous opening sentence: “It is a truth universally acknowledged, that a single man in possession of a good fortune, must be in want of a wife.” And off we went again. She never tired of reading to me and I never tired of listening.

Entering the world of Pride and Prejudice

Each time I entered the world of Pride and Prejudice, I felt a physical high. Each time, listening or reading, my only responsibility to this fictional world was to continue listening or reading. The novel’s wit and irony provided relief. Those single men in possession of good fortunes… do they know they are in want of wives?

Pride and Prejudice asked nothing of me. I could like or dislike the characters in the novel and it did not matter, my emotions were safe to roam.

Listening to Flo, spatial awareness dissolved. I bumped into corners, or got a shirt caught on a doorknob. Getting ready for bed, Bruce would ask me, “How did you get that bruise on your arm … your thigh?”

“I wasn’t paying attention. I ran into something.” In fact, I was paying attention—just not to the world I materially inhabited. Pride and Prejudice took up residence in my brain and shifted the furniture inside of it.

I asked Bruce, “What’s the matter with me? Why can’t I stop doing this?”

Bruce replied, “I’m glad you have passion.” He did not see it as an addiction. But it felt like an addiction. Like one of Austen’s characters—Catherine Morland in Northanger Abbey or Edward Denham in Sanditon — I was possessed by books: hers. 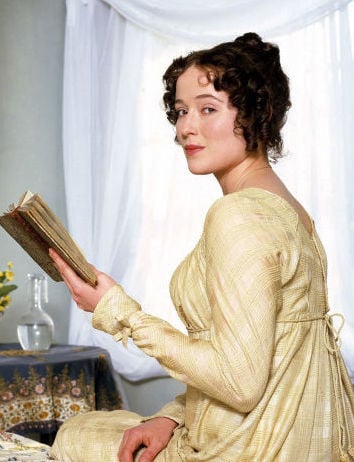 A passion or an obsession?

Another day, another discussion of my obsessive reading. Cabin fever, Bruce said. It’s Texas; it’s summertime; it’s hot. We use cabin fever to explain any abnormal behavior that occurs during the long hot Texas summers.

I did not want my love of Austen’s writing reduced to cabin fever. “No,” I said, “It is her humor. It restores – or enhances – or stirs my faith in humanity. That there is a writer like that.”

Maybe my love for Pride and Prejudice was a passion, not an obsession. I asked my journal, Why can’t I have a passion for P and P? Isn’t something that gives me joy intrinsically worth doing? I thought of the one hundred times that Michael Cunningham read Mrs. Dalloway before he wrote his novel The Hours.

I vacillated: passion, one day; obsession, the next. I wrote in my journal, Not so much pray to be relieved from this obsession over P & P but that its meaning might reveal itself to me.

My friend Pat knew about my non-stop immersion in Pride and Prejudice. I asked her, “What’s come over me?”

She reassured me that it was okay to be so enthralled by Austen. It was not a fixation. “You are learning from it. It is very important to you. You are working it out. It will be revealed to you.”

The BBC’s 1995 Pride and Prejudice opens with the central male figures, Bingley and Darcy, on horseback galloping over the English countryside.

Screenwriter Andrew Davies invented that image to represent how, once begun, the story of Pride and Prejudice moves like a swift horse, galloping away with us, never letting up. Medical crises are like that, too, except with time in waiting rooms to ruminate, worry, and try to read. 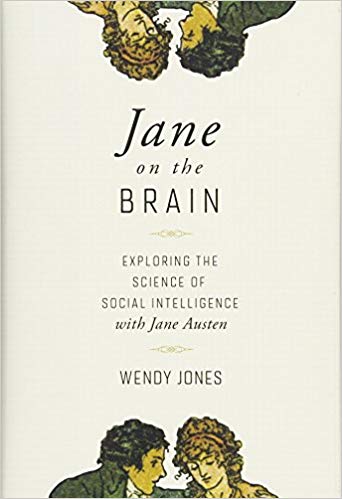 A salve for a medical crisis

My mother-in-law returned home with an inflamed foot. The foot, on the leg that had only recently healed from its break, did not improve. We convinced her to see a podiatrist who referred her to a circulation specialist. He placed a handheld Doppler sonar reader against her ankle but found no pulse.

Her cold foot signaled a possible blood clot. We rushed her to the hospital. There, the nurse took one look at her foot and said, “You brought her in just in time.”

An arterioplasty was scheduled to look into her arteries. Two hours later, the surgeon appeared. “Her artery is like cement.” He could not pass a catheter past the knee. His technical medical language was at first incomprehensible. Slowly it cohered around the words gangrene, phantom pain. Her leg would have to be amputated.

The surgeon who would perform the amputation was out of the country.

I stayed with my mother-in-law in the hospital the nights before the amputation, as we awaited the surgeon’s return. Bruce stayed with her during the day.

Monday night, the orthopedic surgeon walked in and placed his hands on her foot. His directness seemed shocking. ”It’s cold. There’s no urgency, but it will have to be cut off.”

“Then tomorrow or Wednesday.”

I said, “At some point it looked a little better.”

“No, it’s cold. It has to come off.” He touched where he could feel coldness – the calf – and where not. He showed us where in the middle of the knee he thought he could cut it off.

Later that evening, as he left to go home, Bruce and I lingered in the hallway. I would remain overnight again. I looked down and discovered I was clutching one of my books on Jane Austen.

Bruce said, “You need happy endings and Jane Austen gives them to you.” He kissed me good night and I re-entered the room, where one of us had morphine and the other Jane Austen.

After the amputation, my mother-in-law was returned to her room. We waited in the hallway as two recovery nurses, two floor nurses, and the supervising nurse settled her into her bed. Suddenly we heard her moaning and crying out, “My leg! My leg!” A nurse threw open the door and signaled to Bruce and me to enter.

Her hands were bound to the bed. She once told us that having one’s hands bound drives a patient crazy. We could see why her hands were tied: she was wildly tearing at the bandages and grabbing at her IV to pull it out. Bruce and I positioned ourselves on either side of the bed and took her hands, trying to calm her down. Her leg was shortened, bandaged, footless; I felt queasy.

I rubbed her forehead and told her how brave she was. She listened for a minute, but became delirious again. “Carol! My leg! My leg!”

Shocked by her energy and distress, the nurses debated giving her more morphine. As she screamed again, “My leg, my leg,” the doctor arrived. In a lucid moment, she asked him, “Did you take my leg?” He said yes, and left to order more morphine. 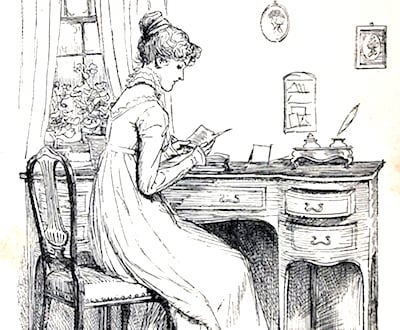 Elizabeth Bennett from an illustrated version of Pride and Prejudice, 1894
courtesy of Wikimedia Commons

It was suppertime but we lived in unanchored hospital time. The nurses offered to unbind her hands if we promised to keep her from pulling out the IV. After three nights in the hospital, I needed some rest. Bruce would stay the night.

At home, I headed to the bedroom, where the sheets welcomed me. I picked up Carol Shield’s short biography of Austen. The page I opened to discussed a moment in Pride and Prejudice when Elizabeth cries. “The tumult of her mind was now painfully great. She knew not how to support herself, and from actual weakness sat down and cried for half an hour.”

Shields says this detail of crying for thirty minutes is perfect. “A fifteen-minute howl would show lack of sensibility and a full hour, lack of sense.” Maybe I would not always have thirty minutes, but I could give myself fifteen minutes to retreat to the bed and howl and then go on with my tasks. I felt better as the idea settled: cry fifteen minutes. And I did.

Carol J. Adams is a feminist-vegan advocate, activist, and independent scholar and the author of numerous books including her pathbreaking The Sexual Politics of Meat: A Feminist-Vegetarian Critical Theory, now in a Bloomsbury Revelations edition celebrating its 25th anniversary.

Carol is also the author of many other books, including a number of titles on living as a vegan: Never Too Late to Go Vegan: The Over-50 Guide to Adopting and Thriving on a Vegan Diet (with Patti Breitman and Virginia Messina), Living Among Meat Eaters: The Vegetarian’s Survival Guide, How to Eat Like a Vegetarian Even if You Never Want to Be One. Her recent books are Even Vegans Die: A Practical Guide to Caregiving, Acceptance, and Protecting Your Legacy of Compassion, with co-authors Patti Breitman, and Virginia Messina, and Burger (Object Lessons).