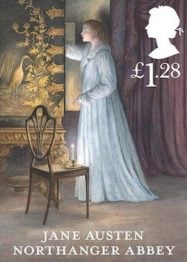 Northanger Abbey was actually the first novel that Jane Austen completed with the hopes of publication, in 1803. It was first titled Susan and she sold the copyright to a London publisher for a pittance. The publisher held on to it without going to print. It was tied up until 1816 when Jane’s brother Henry managed to buy it back.

Jane spent some time revising the original, renaming her heroine Catherine, but by the time it was published in 1817, she died. That year, another of her novels, Persuasion, was published as well. Northanger Abbey is considered a coming-of-age novel in which Catherine Morland, the young and rather naïve heroine, learns the ways of the world.

In this, as she does in her other novels, Jane Austen critiques young women who put too much stock in appearances, wealth, and social acceptance through the character of Catherine, who values happiness but not at the cost of compromising one’s values and morals.

Set in Bath, England, the fashionable resort city where the Austens lived for a time, Northanger Abbey has been called “the most joyous of Jane Austen’s novels and is an early work conceived as a pastiche of the melodramatic excesses of the Gothic novel … the result makes the social and romantic trials of Catherine Morland a delight to follow.”

The following quotes reflect the fun Jane Austen had with her characters, though as always, it’s not just frivolous. She manages to imbue insightful commentary into every delightful line of text and dialog. 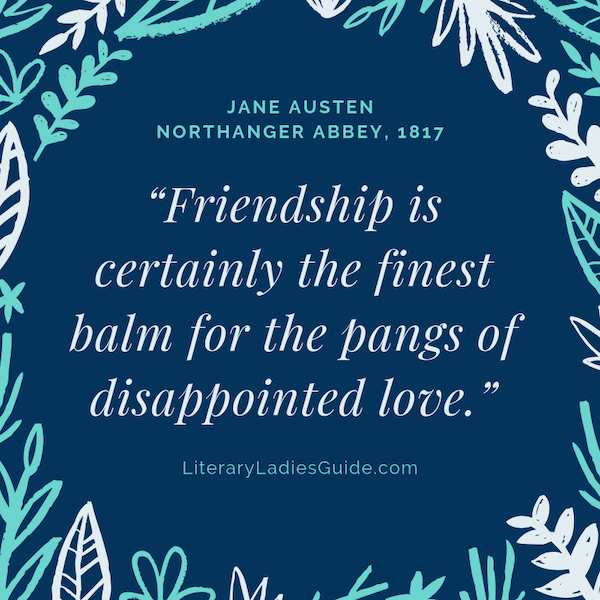 “There is nothing I would not do for those who are really my friends. I have no notion of loving people by halves, it is not my nature.”

“The person, be it gentleman or lady, who has not pleasure in a good novel, must be intolerably stupid.”

You might also enjoy:
Memorable Jane Austen Quotes from Her Novels and Letters

“It is only a novel … or, in short, only some work in which the greatest powers of the mind are displayed, in which the most thorough knowledge of human nature, the happiest delineation of its varieties, the liveliest effusions of wit and humour, are conveyed to the world in the best-chosen language.”

“If adventures will not befall a young lady in her own village, she must seek them abroad.”

“Everybody allows that the talent of writing agreeable letters is peculiarly female. Nature may have done something, but I am sure it must be essentially assisted by the practice of keeping a journal.”

“No man is offended by another man’s admiration of the woman he loves; it is the woman only who can make it a torment.”

“I assure you. I have no notion of treating men with such respect. That is the way to spoil them.” 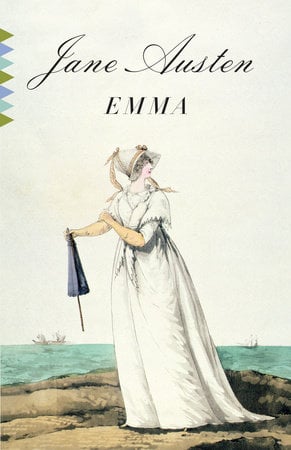 “You think me foolish to call instruction a torment, but if you had been as much used as myself to hear poor little children first learning their letters and then learning to spell, if you had ever seen how stupid they can be for a whole morning together, and how tired my poor mother is at the end of it, as I am in the habit of seeing almost every day of my life at home, you would allow that to torment and to instruct might sometimes be used as synonymous words.”

“To come with a well-informed mind is to come with an inability of administering to the vanity of others, which a sensible person would always wish to avoid. A woman especially, if she have the misfortune of knowing anything, should conceal it as well as she can.”

“It requires uncommon steadiness of reason to resist the attraction of being called the most charming girl in the world.”

“To look almost pretty is an acquisition of higher delight to a girl who has been looking plain the first fifteen years of her life than a beauty from her cradle can ever receive.”

“Friendship is certainly the finest balm for the pangs of disappointed love.”

“What one means one day, you know, one may not mean the next. Circumstances change, opinions alter.”

“If I could not be persuaded into doing what I thought wrong, I will never be tricked into it.”

“The advantages of natural folly in a beautiful girl have been already set forth by the capital pen of a sister author; and to her treatment of the subject I will only add, in justice to men, that though to the larger and more trifling part of the sex, imbecility in females is a great enhancement of their personal charms, there is a portion of them too reasonable and too well informed themselves to desire anything more in woman than ignorance.” 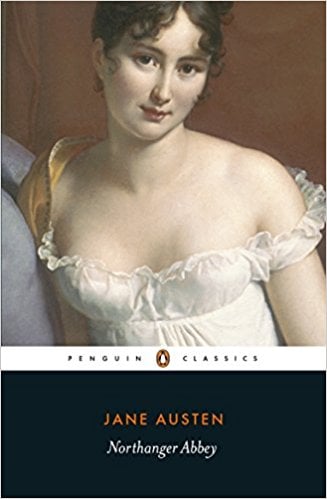 “Catherine hoped at least to pass uncensured through the crowd. As for admiration, it was always very welcome when it came, but she did not depend on it.”

“You men have none of you any hearts.”
‘If we have not hearts, we have eyes; and they give us torment enough.”