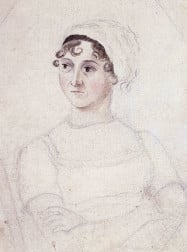 Jane Austen (1775 – 1817) was a renowned British author who led a writing life of the inimitable artist. Though she was known for her modesty and charm, she was fully aware of and mastered her gifts as a writer and observer. Here you’ll find a selection of quotes about Jane Austen from authors, actors, and other notable public figures.

Born in Stevenson, Hampshire (England) to a middle-class family who valued education, Austen’s talents were recognized early on and taken seriously by her whole family. The males in her family played a key role in getting her first works published.

Pride and Prejudice and Sense and Sensibility set the stage for slow and steady sales for her subsequent books. Ever since her works have captured the imaginations of readers and writers everywhere. She has influenced generations of writers, and it seems that many have an opinion about her.

10 Memorable Quotes from Pride and Prejudice

“Jane Austen is the pinnacle to which all other authors aspire.” — J. K. Rowling, British author of the Harry Potter series

“I’ve done my share of period stuff. I’m not sure why, I’m not sure why, but people say I have a period face. The bread and butter of British TV is Jane Austen adaptations and bridges and bonnets and boats and horses.” — Tom Hiddleston, actor, film producer, and musician

“Pride and Prejudice – perhaps more than any other Jane Austen book – is ingrained in our literary consciousness.” — Seth Grahame-Smith (author of the Austen-inspired Pride and Prejudice and Zombies, and Sense and Sensibilities and Sea Monsters)

“Jane lies in Winchester—blessed be her shade!
Praise the Lord for making her, and her for all she made! And while the stones of Winchester, or Milsom Street, remain, Glory, love and honor unto England’s Jane.” — Rudyard Kipling, author of The Jungle Book and others 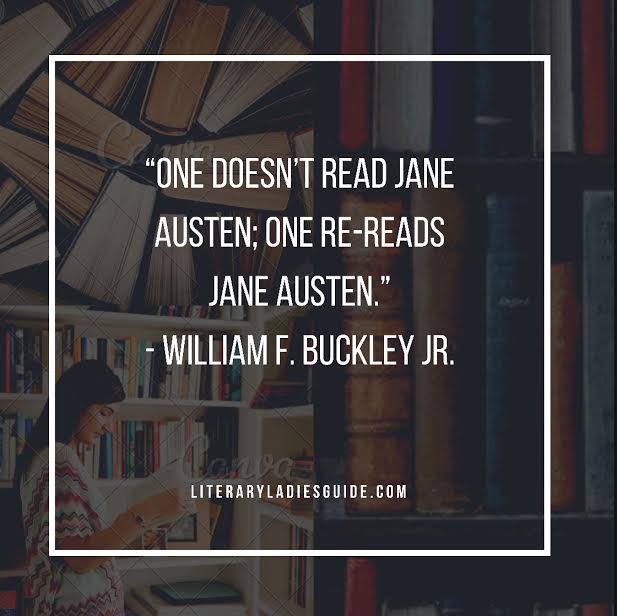 “…Jane Austen, of course, wise in her neatness, trim in her sedateness; she never fails, but there are few or none like her.” — Edith Wharton, author of The Age of Innocence and many others

“Before ‘Austenland,’ I got to do a lead role in ‘Northanger Abby’, which is Jane Austen. Growing up in England, you can’t really ignore Jane Austen. It’s always been there.” — J. J. Feild, television and stage actor

“Jane Austen was an extraordinary woman; to actually be able to survive as a novelist in those days — unmarried — was just unheard of.” — Julie Walters, actress

“I’ve never had a study in my life. I’m like Jane Austen — I work on the corner of the dining table.” — A. N. Wilson, British newspaper columnist

“Growing up in the English countryside, I feel like I’m in a Jane Austen novel when I walk around. I just feel comfortable and confident in those surroundings.” — Lily Collins, actress

“You only need to look at Jane Austen to see how crossed wires can become a defining aspect of romantic life. Then again, if the course of true love ran more smoothly, it would have a terribly detrimental effect on our cache of love stories.” — Mariella Frostrup, journalist

Quotes from Sense and Sensibility

“I wasn’t allowed to watch regular television when I was growing up, only PBS, so I watched Masterpiece Theatre and a lot of Jane Austen. I loved stories where the girl is attracted to a man and it looks like it’s not going to work out.” —Jennifer Coolidge, actress and comedian

“I love that topic, the whole relationship thing, and I think that’s why I love all this stuff, the Jane Austen stuff.” — Jennifer Coolidge

“To paraphrase Jane Austen, it is a truth universally acknowledged that a married man in possession of a vast fortune must be in want of a newer, younger wife.” — Bruce Feirstein, screenwriter and humorist

“The difficulty with poetry is that it doesn’t have the life that Shakespeare or Jane Austen have beyond the page. You can’t make a costume drama out of it. There’s no place for it to go except trapped inside its little book.” — Simon Schama, historian

“I remember, when I was a teenager, Pride and Prejudice came out. We hadn’t had a period drama for ages, and we were all glued to it, and for the next three years, Jane Austen series were being made.” — Katherine Kelly, actress 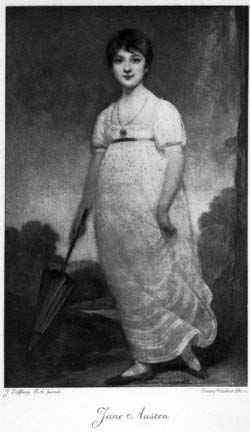 “Why do you like Miss Austen so very much? … I got the book. And what did I find? An accurate, daguerrotyped portrait of a commonplace face: a carefully fenced, highly cultivated garden, with neat borders and delicate flowers: but no glance of a bright, vivid physiognomy, no open country, no fresh air, no blue hill, no bonny beck. I should hardly like to live with her ladies and gentlemen, in their elegant but confined houses.”

“People love Jane Austen, even though those books are absurd to us, because we like the clarity of it: we can see very clearly what Elizabeth Bennett has to overcome, what she has to deal with.”  — Nick Hornby, author of High Fidelity and others

“What I’d love to do would be to bring a person from the past to me. In that case I’d pick Jane Austen, because I’d like to know what really made her tick. It’s my opinion that she was inhibited by her family and a desire to do the right thing. Away from all that, I believe she’d show new facets and enjoy the adventure.” — Jo Beverly, historical and contemporary romance author