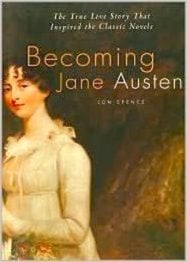 From the 2003 edition of Becoming Jane Austen by Jon Spence:  In Becoming Jane Austen, Jon Spence shows how events and people in Jane Austen’s own early life affected her so deeply that she continually reshaped them into the plot and characters of her fiction. He pays special attention to two individuals: Tom Lefroy and Eliza de Feuillade.

Tom is the charming young man, about to begin law studies, whom Austen met at a ball when she was just twenty. The two quickly fell in love and hoped to marry.

Eliza is the glamorous, flirtatious older cousin who married a French count who lost his head to the guillotine during the French Revolution. Her unabashed pursuit of Jane’s younger brother Henry, which began when he was only fifteen, shocked the future author.

The traditional view has been that Jane Austen lived a quiet, uneventful life, mostly in the two small English villages of Stevenson and Chawton. And yet, within her novels, she seems to know all there is to know about human relations, about how even the best of us can get lost in misunderstanding, misinterpretation, and self-delusion.

In her hands, the most seemingly trivial decisions — such as who takes a walk with whom — become invested with profound significance. Where did all this understanding come from?

In Becoming Jane Austen, Jon Spence argues that the tangled love stories she tells so warmly and wittily came not only from her sharp social observation and fertile imagination, but also from her own experiences.

Like many young people at the time, Jane and Tom first met at a ball, and continued to meet at several others. Jane’s own letters to her sister Cassandra talk about the gossip their conduct inspired and of looking forward “with great impatience” to a party where she expected “to receive an offer from my friend in the course of the evening.” 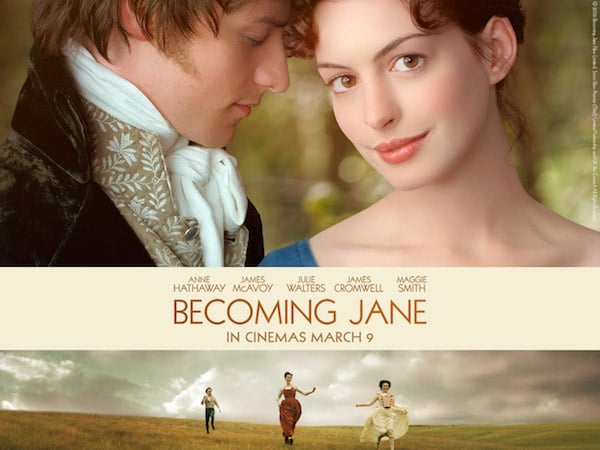 No proposal of marriage forthcoming

As far as anyone knows, Tom did not propose at that time, and he and Jane parted company. But based on new evidence, Spence speculates that the two later saw each other in London, where Jane still expected a marriage proposal — which Tom was willing to offer.

But Tom was about to enter law school, and his relatives, especially the powerful uncle who was paying for his education, convinced him he couldn’t afford a wife from a relatively poor family such as Jane’s. The two never saw each other again. 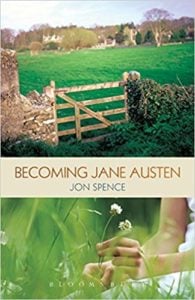 Spence also discusses the importance of Jane’s sister-in-law, Eliza de Feuillade. A charismatic older woman, Eliza was still married when she began her seduction of Jane’s brother Henry, who was more than a decade younger than she was.

After her husband’s death, Eliza and Henry did marry, and Spence claims that the unsavory nature of their romance haunted Jane Austen for years.

Spence shows how other relatives and friends also played their parts in shaping the young author’s life and imagination. But Tom and Eliza were no doubt the most influential, and Spence hears echoes of their presence throughout all of Austen’s great novels. Insightful, entertaining, and ultimately quite moving, Becoming Jane Austen is essential reading for any Jane Austen fan.