Classic Women Authors and Their Dogs and Cats 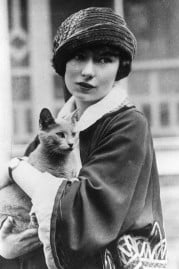 Just like the rest of us, famed writers loved their furry companions, amply illustrated by this roundup of classic women authors and their dogs and cats.

Dogs and cats bring comfort and joy in good times and bad and can be surprisingly good company whether the writing is flowing or comes with difficulty. When it comes to the literary ladies, it seems like dog lovers outweigh the fans of cats by a comfortable margin, but feline fanciers have their say as well.

At right, we find the rare cat lover in the young and beautiful Margaret Mitchell. It’s not clear whether this is actually her cat, but it’s one of those photos you see everywhere. 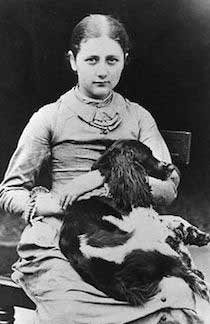 Beatrix Potter grew up with quite a menagerie from an early age — rabbits included. It’s not surprising that she grew up to create Peter Rabbit and other iconic animals in her classic books for children. Above, at age 15. 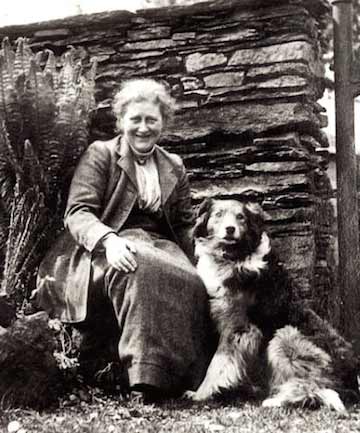 Here’s Beatrix Potter again at a much later stage in life with another beloved dog. 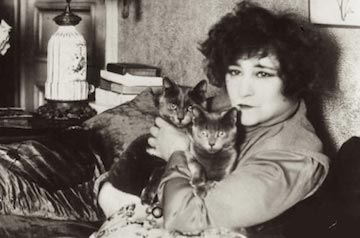 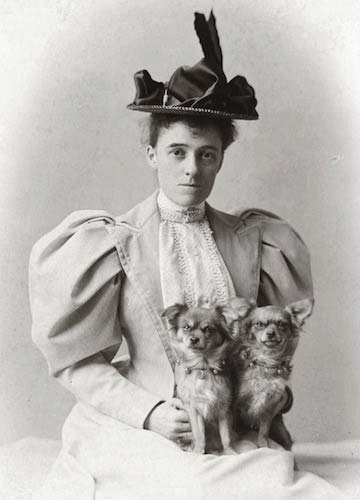 Edith Wharton as a young heiress before she became an award-winning novelist, with her duo of dogs, circa 1899. 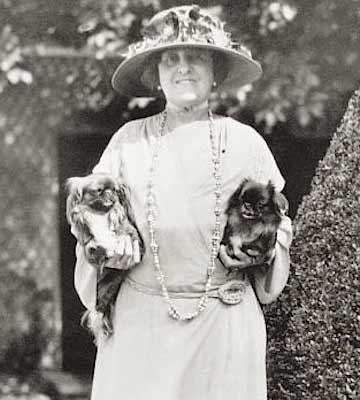 Here’s Edith Wharton again, much later in life, her penchant for two small dogs in hand intact  — this time Pekingese. 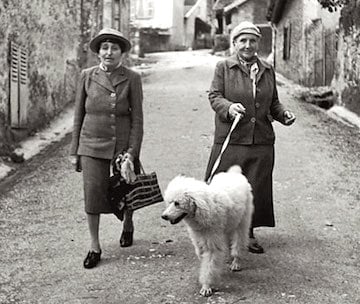 Gertrude Stein (right) and Alice B. Toklas were devoted to one another and to their dog, the oddly named Basket. 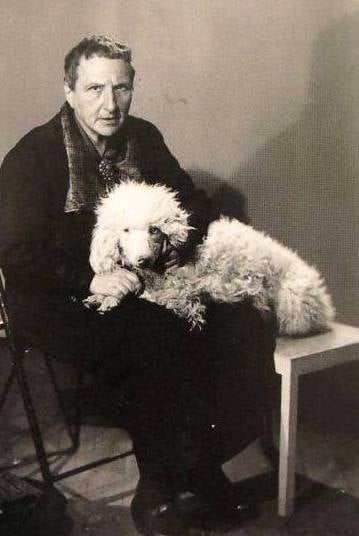 Here’s another one with the formidable Gertrude and Basket. 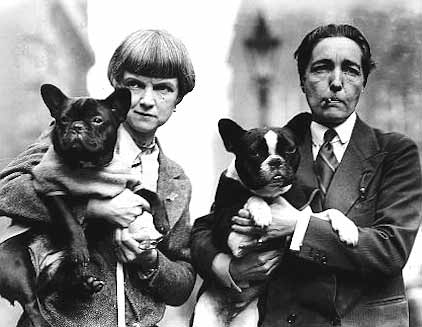 Radclyffe Hall (right) and her lover Una Troubridge, are looking quite tough, while their bulldogs look decidedly gentle. 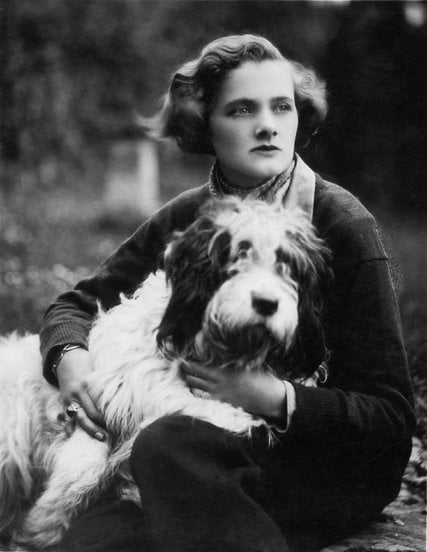 Daphne du Maurier is pictured with a big bundle of fur in a photo from 1936. 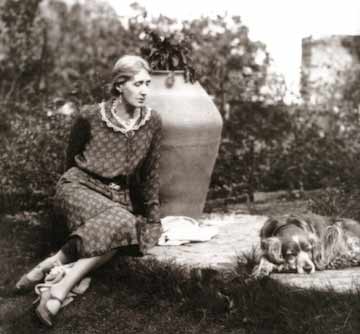 Virginia Woolf poses with her dog Pinka in her garden at her home, Monk’s House. 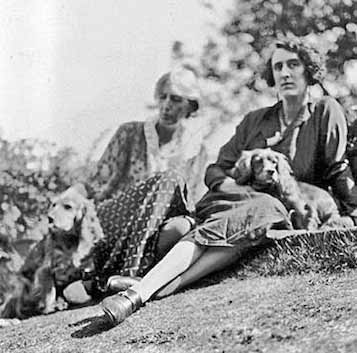 Not a great photo, but a rare one indeed, here are Virginia Woolf and Pinka, with her fellow author and dear friend Vita Sackville-West and her dog Pippen. 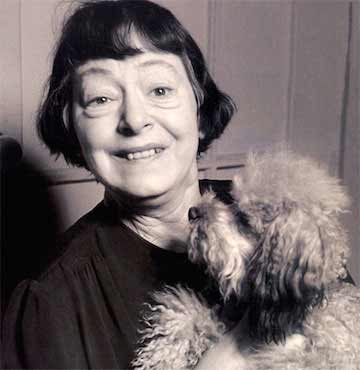 Dorothy Parker didn’t age well — must have been all that booze — but she seems to take great comfort from her adorable dog. 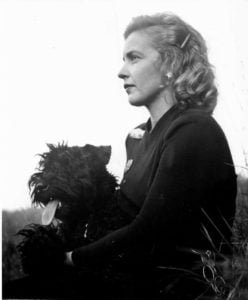 Here’s Margaret Wise Brown, the author of Goodnight Moon, The Runaway Bunny, and more than 100 other children’s books, with her dog, the creatively named Crispin’s Crispian. 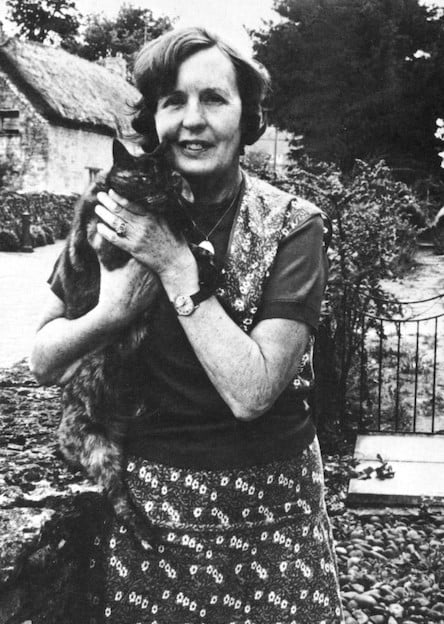 Barbara Pym became known for her novels about the small comforts of mid-twentieth-century Englishwomen’s daily lives. And what’s more comforting than a cat (other than a dog)? 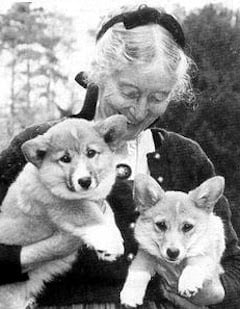 Tasha Tudor’s Corgis received her abiding affection. “How could you resist a Corgi?” she was known to ask. Indeed, it’s hard to think of a more adorable dog. Read more about her love for these adorable dogs. 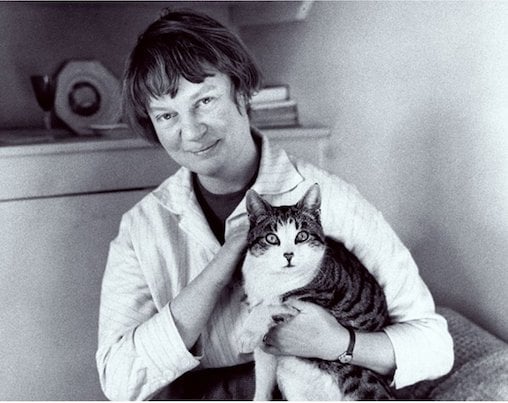 Iris Murdoch, the Irish-born British novelist and philosopher, is among the minority of cat-lovers in this collection. 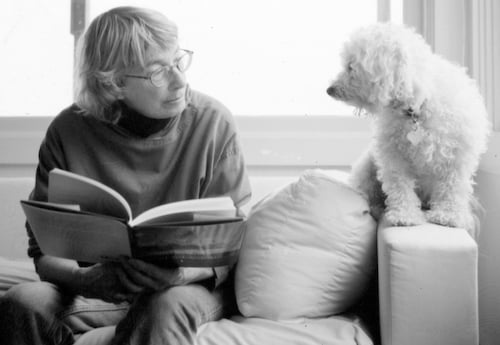 The esteemed American poet who so sensitively observed nature, at home with her own shaggy muse. 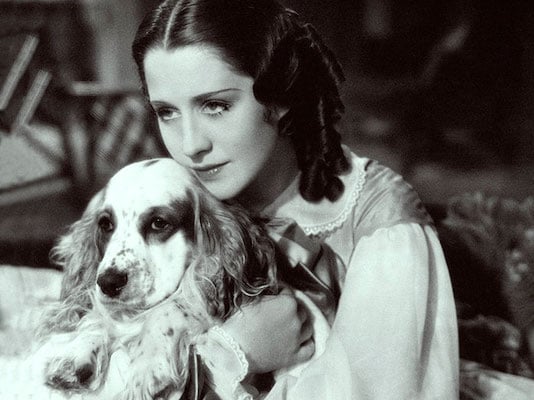 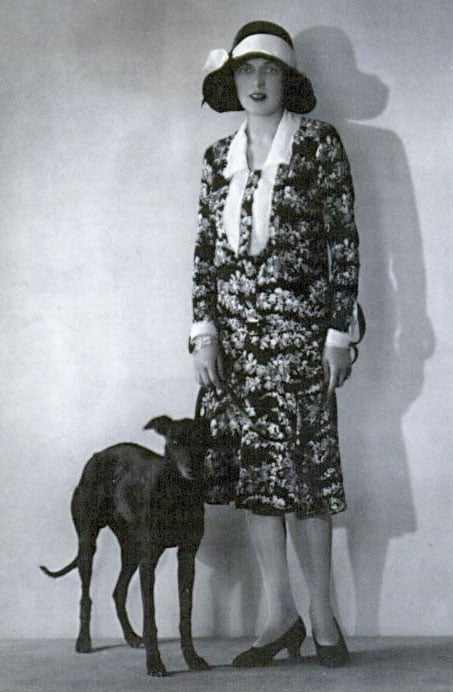 Caresse Crosby was known as a patron to the Lost Generation and other expatriate writers in Paris of the late 1920s.  She was also the inventor of the modern bra. Here she is with her whippet, charmingly named Clytoris. 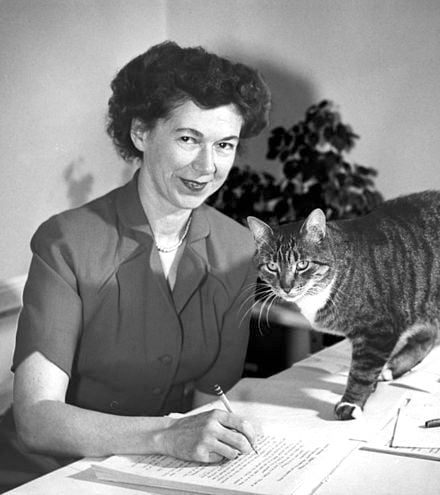 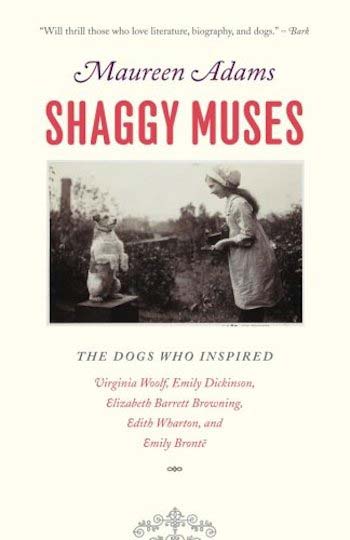 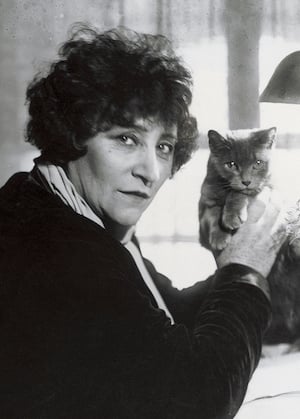 10 Classic Women Authors and Their Cats

10 Responses to “Classic Women Authors and Their Dogs and Cats”