The Well of Loneliness by Radclyffe Hall: Banned and Tried 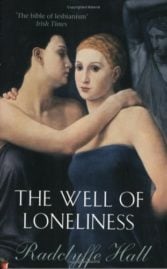 Radclyffe Hall (1880 – 1943) was a British author best known for her semi-autobiographical novel about a young woman’s coming to terms with her lesbian identity.

The book caused a furor when first published in England in 1928. The Well of Loneliness addressed its themes in a subtle and completely non-graphic manner, and yet, shortly after its publication, copies of the book were seized and accused of violating the Obscene Publications Act of 1857:

“The test for obscenity is this—whether the tendency of the matter charged as obscenity is to deprave and corrupt those whose minds are open to such immoral influences and into whose hands a publication of this sort may fall.”

In the post-World War I era, any depictions of women that were outside the maternal model were considered a corrupting influence on the young. The Well of Loneliness was seen as a corrupting influence, as the book’s protagonist, a wealthy young woman named Stephen Gordon, falls in love with another young woman. Stephen also wishes to be accepted as male among her contemporaries.

The campaign against the book was led by the editor of The Sunday Express, who wrote, “I would rather give a healthy boy or a healthy girl a phial of prussic acid than this novel.” 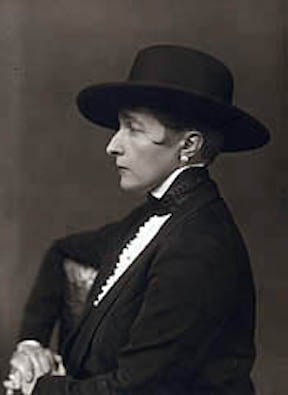 The book’s publisher was forced to endure an obscenity trial. The prosecution won, with the British court agreeing that it was obscene, as it defended “unnatural practices between women.”

The book remained banned in England until 1959! Radclyffe Hall died in 1943, so she didn’t live to see the day that the ban was finally lifted. Here’s the original United Press article on the subject, published in British newspapers in 1928:

London, November, 1928 (UP): Sir Charles Byron, Bow Street Magistrate, yesterday adjudged obscene Miss Radclyffe Hall’s book The Well of Loneliness, which has been the object of much discussion and litigation since its publication last summer. The judgment was given on a summons to show cause why seized copies of the book should not be destroyed.

Sir Charles ordered the destruction of the seized copies and placed the costs of the litigation on the defendants. The book had been banned by a home office order and subsequently copies published in France and sent to England were seized by the authorities. 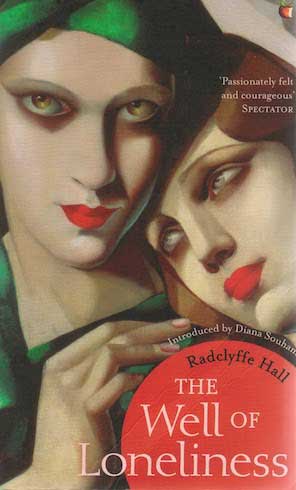 Somewhat surprisingly, The Well of Loneliness fared better in the United States. Some months after its publication and seizure in Britain, an American Publisher, Covici and Freide, published it.

Almost immediately the New York Society for the Suppression of Vice brought it to court on the basis of the 1873 Comstock Laws, which aimed its legal glare at literature they deemed obscene and lewd.

The court’s decision hinged on the publishers’ attorneys argument that lesbianism in and of itself was not obscene, which followed that the book could not be considered so, either. The case was dismissed.

Below, the coverage of the case in the U.S.:

Ruled not obscene by three judges

In holding the book not obscene, the Justices dismissed charges of violation of Section 1141 of the Penal Law against Covici-Freide, Inc., American publishers of the book. The Court said:

“The book in question deals with a delicate social problem, which in itself cannot be said to be in violation of the law unless it is written in such a manner as to make it obscene, lewd, lascivious, filthy, or indecent, and tends to deprave and corrupt minds open to immoral influences.

“The people must establish that the defendants are guilty of a violation of Section 1141 beyond a reasonable doubt. After a careful reading of the entire book we conclude that the book in question is not in violation of the law and each of the defendants is acquitted.”

It has often been argued that The Well of Loneliness, with its occasionally overwrought prose, is not a great piece of literature. Still, it is considered a Gay and Lesbian classic, and gentle though it may seem today, was quite revolutionary in its time. 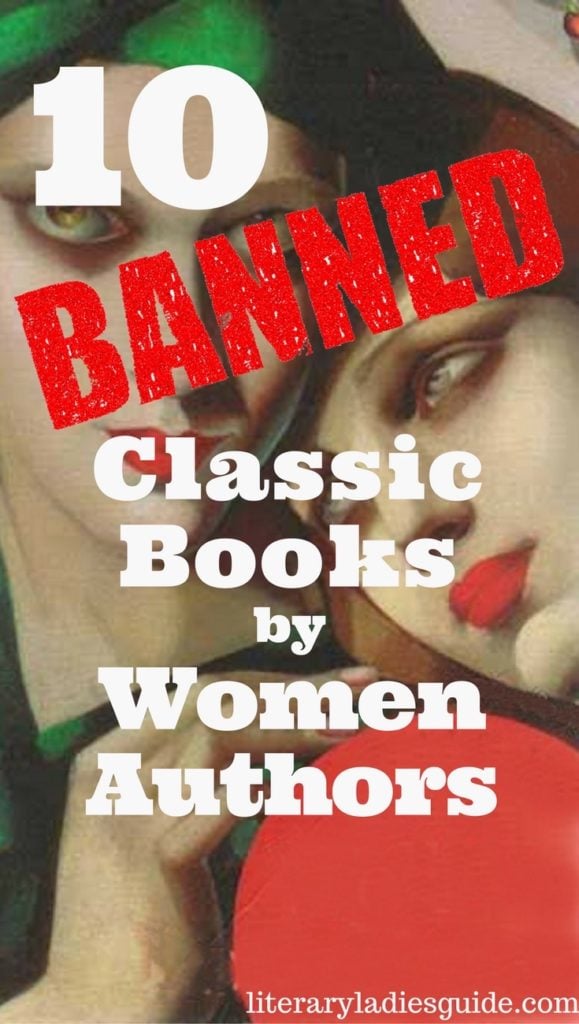