Rachel Field, Author of All This and Heaven Too 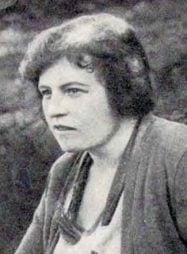 This brief biography of Rachel Field (September 19, 1894 – March 15, 1942), a noted yet often neglected American author, will highlight her extensive body of work in the areas of adult fiction, poetry, and children’s fiction.

She’s perhaps best remembered for All This and Heaven Too (1938), which was adapted into a film starring Bette Davis, and Hitty: Her First Hundred Years (1929), an award-winning children’s book.

Several of her other books were adapted into films starring prominent Hollywood stars of the time, and upon her untimely death in 1942, newspaper editor Laura Benet remembered her as a calming and reassuring presence to all of those who knew her.

Rachel Lyman Field was the last of five siblings born to Dr. Matthew Field and Lucy Atwater Field. She entered the world on September 19, 1894 in New York City, and spent her earliest years in Western Massachusetts where her father’s family originated.

Field was the great-niece of Supreme Court Justice Stephen J. Field and international lawyer David Dudley Field. She recalled that she was somewhat of an awkward child who did not learn to read well until she was ten years old.

Once she mastered this skill, however, she developed an interest in writing poetry. Her first published piece was an essay, “A Winter Walk,” which was published in St. Nicholas Magazine when she was 16 years old.

Her strong writing ability earned her special admittance to Radcliffe College after winning a high school essay contest, and once there she became part of a renowned playwriting workshop. Her first major recognition came for her play, Rise Up, Jennie Smith. It garnered a Drama League of America award and was later published in 1918.

After completing college, Field moved to New York and wrote book and play summaries for a film company. During her free time, she worked on personal writing projects and continued to hone her craft. 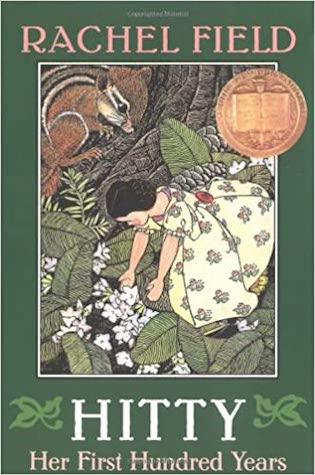 Among the works Field created for children, the most celebrated and enduring is Hitty, Her First Hundred Years, published in 1929. Written in the voice of a 100-year-old doll telling her life story, it gave her the distinction of being the first woman to win a Newberry Medal (1930). It also received the acclaimed Lewis Carroll Shelf Award.

Hitty enjoyed a long life in print. The 1959 MacMillan Company edition, with illustrations by Dorothy P. Lathrop, describes the book as follows:

“Hitty is a doll of great charm and real character. It is a privilege to be able to publish her memoirs which, besides being full of the most thrilling adventures on land and sea, also reveal a personality which is delightful and forceful.

One glance at her portrait will show that she is no ordinary doll. Hitty, or Mehitable, as she was really named, was carved from a piece of white ash by a peddler who was spending the winter in Maine. Phoebe Preble, for whom Hitty was made, was very proud of her doll and took her everywhere, even on a long sailing trip in a whaler.

In this way Hitty’s horizon was broadened and she acquired ample material to make her memoirs exciting and instructive. Hitty is a real doll, over one hundred years old, and now belongs to both Miss Field and Miss Lathrop. Recently she has done more traveling all over America in special exhibits to get acquainted with the young readers who love her story.” 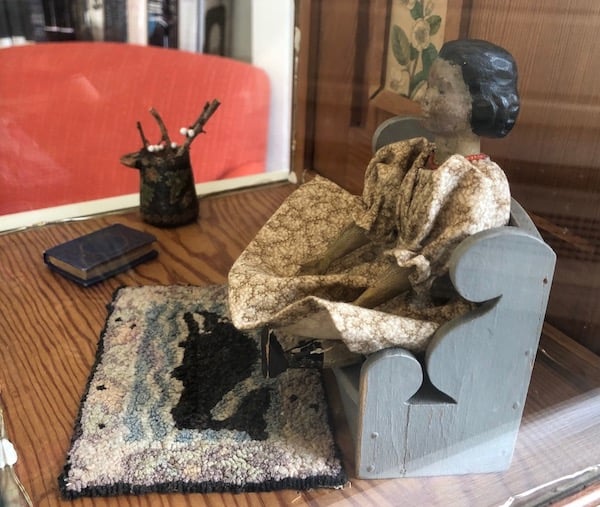 Other works for children

In addition to children’s novels and picture books, field also created several poetry collections for children including Taxis and Toadstools, An Alphabet for Boys and Girls, and A Circus Garland: Poems.

In 1931, she followed up with titled Calico Bush, which was set in the year 1743 and told from the perspective of a young French girl who was an indentured servant in Maine. Several of her books were set in Maine, a place she became quite enamored with after first visiting there as a teenager. Field was very conscious of word choice with young readers because she felt that authors often used language that was too simple when writing for them. 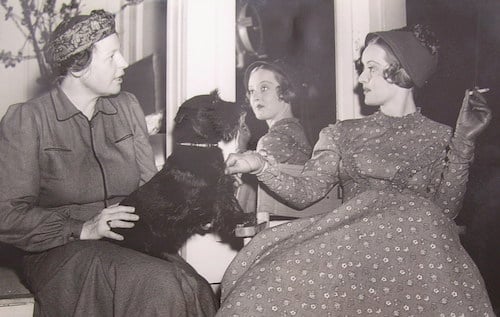 Turning to novels for adult readers

In 1935, Field turned to writing for an adult audience with Time Out of Mind, which was given the designation of  Most Distinguished Novel of 1935 at the first National Book Awards. That same year, she married her husband, Arthur Pederson. They moved to California, and in 1937 they wrote a book together called To See Ourselves. This book highlighted ordinary, everyday people living in close proximity to the glamorous life in Hollywood.

Field’s best-known and most celebrated novel, All This and Heaven Too, came shortly after in 1938. It was a fictionalized story about her real-life great-aunt through marriage, Mademoiselle Henriette Deluzy-Desportes, who had been falsely accused of being involved with the murder of Duchess of Choiseul-Praslin.

All This and Heaven Too was quite well received. Field’s literary agent Rosalie Stewart, made a big splash when it became known that they were seeking $100,000 for the film rights. This was, according to a September 1938 article in the Philadelphia Inquirer, “more than has ever been paid for any novel and which Warners [the interested studio] considers prohibitive.” It was noted that the screen rights for Gone With the Wind had sold for “only” $50,000. Both sums, in today’s dollars, are extraordinary.

Evidently an agreement was reached and the novel was made into a film featuring screen legend Bette Davis. It was released in 1940. Two other novels by Fields that were made into movies were And Now Tomorrow, starring Loretta Young, and Time Out of Mind, with Phyllis Calvert.

In 2021, Rachel Field finally earns her due in a compelling, full-scale biography by Robin Clifford Wood, titled The Field House: A Writer’s Life Lost and Found on an Island in Maine. As the publisher describes the book as “recounting the remarkable life of writer Rachel Field (1894 – 1942) from the perspective of a woman who lived in Field’s old, neglected island home in Maine, sparking a unique sisterhood across time.”

Robin Clifford Wood seeks to find the answers to the questions of  “Who was this vibrant, talented artist whose very name entrances those who still remember her work? Why is that work—which was widely celebrated in her lifetime—so largely forgotten today?” Wood writes of her biographical process,

“It becomes clear in the book that I fall in love with my biographical subject. Rachel Field, first and foremost, was a poet, with a poet’s sensibilities. She was transported by beauty, haunted by it at times, but always, always deeply moved by beauty – in a seagull’s wing underlit by the setting sun, in a turn of phrase, in the face of a dear friend.

Rachel despaired of her own physical appearance – a weighty, overlarge frame and heavy masculine features. However, in her writing and her spirit, she shimmered with a beautiful, enchanting spirit. That is what I try to evoke by bringing her light back to life in this book. If we could all be infused with Rachel’s essence, the world would be a more beautiful place.”

Read the full Q & A with Robin Clifford Wood, detailing how this biography, which is fascinatingly intertwined with memoir, came about. 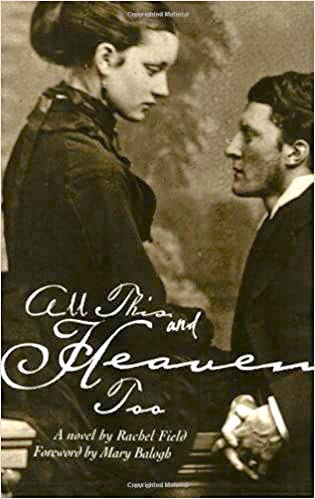 A quiet life and a premature death

Despite becoming a popular and well-known public figure, Field preferred living a simple and quiet life. She and her husband adopted a daughter named Hannah, and she enjoyed working in her garden and taking care of her family. Throughout her career, she wrote dozens of works, including novels, plays, children’s books, and poetry collections. She also composed a version of English lyrics for the song Ave Maria which was included in the 1940 Walt Disney classic, Fantasia.

Tragically, Rachel Field passed away prematurely at the age of forty-seven on March 15, 1942, after developing pneumonia following an operation. A poem that she had written for her daughter, Prayer for a Child, was published posthumously in 1944. This was her second piece to win the prestigious Lewis Caroll Shelf Award.

Her papers are housed in the Radcliffe College Archives in Cambridge, Massachusetts, and Rachel Field collections can be found at both Smith College and Yale University. 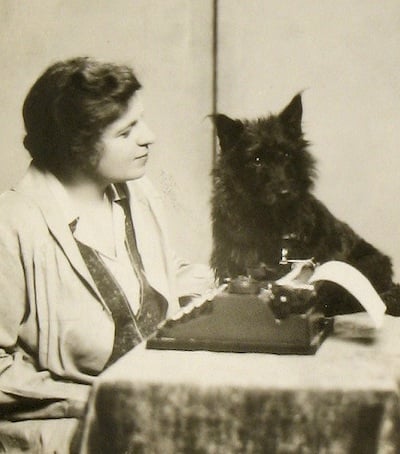 Poetry (for children and adults)