Pregnancy in Classic Novels by Women Authors: A Transgressive Theme

After reading a memoir of high-risk pregnancy by a friend (more about that ahead), I got to thinking about the prevalence of pregnancy in classic novels by women authors as a central theme.

Of course, many there are many instances of female characters in novels (both by male and female authors) bearing a child or miscarrying, but pregnancy itself is rarely more than quickly touched upon.

Reliable birth control was nonexistent not so long ago; yet fictional pregnancies, other than the  seduction and abandonment trope, aren’t all that common. Her First Time: Seduction and Loss of Innocence in 1920s Women’s Novels presents several classic titles in which the heroine becomes pregnant (usually outside of marriage), with various outcomes.

In a Guardian article titled “Why does literature ignore pregnancy?” Jessie Greengrass observed that while exploring pregnancy as a theme is more prevalent than it once was, it still seems transgressive:

“Women’s bodies can be many things. They can be mirrors, weights, rewards; but so often they are seen from outside. Experiences that are unique to them remain anomalous, smoothly impenetrable, like bubbles of water to which significance refuses to adhere. What could we possibly learn about being human from that which only happens to half of us?”

Even so, more contemporary novels than ever have presented the theme of pregnancy, though often in apocalyptic ways. For more upbeat stories of pregnancy in fiction, one has to turn to romance novels. But I suppose there’s no drama in an uneventful pregnancy, is there? 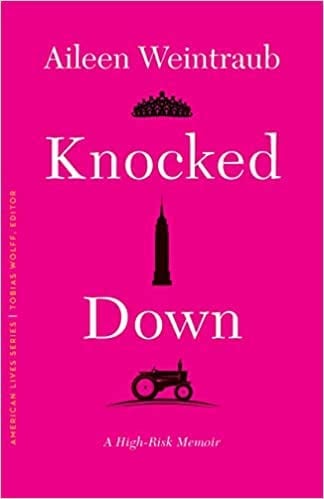 That brings me back to the memoir by my friend and colleague, Aileen Weintraub. Knocked Down: A High-Risk Memoir, as the title implies, is about a high-risk pregnancy, but it’s much more than that. As I wrote in the blurb I provided for the book:

“Knocked Down poignantly and often hilariously reminds us that no one is exempt from life’s unexpected curveballs. Aileen Weintraub weaves her wry wisdom into this chronicle of how the choices we make can collide with circumstances beyond our control. This fast-paced memoir of a woman who is forced to slow down is proof positive that precarious situations can be overcome with family, faith, and especially love.”

In turns touching and funny, Knocked Down brought back memories of leaving NYC for the Hudson Valley, deciding to have babies after insisting that I didn’t want children, dealing with my Jewish Mother (and becoming one). It’s so much about what it means to be female — what we give up, what we gain.

It may not be a work of fiction, but Knocked Down was what sparked this train of thought about pregnancy as a theme in classic novels, a rabbit hole that was fascinating to go down. And now, on to the novels … 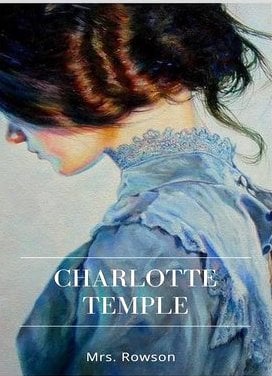 Charlotte Temple by Susanna Rowson (1762 – 1824) was the best-known work by this American-British author. It was also America’s first best-selling novel. With its themes of seduction, abandonment and remorse, it sparked a great deal of controversy in its time. Yet it remained the most widely read novel of the first half of the nineteenth century.

The story is about the betrayal of Charlotte, just fifteen years old, and a student in an English boarding school. She meets secretly with two British officers who are about to set sail for America to take part in the Revolutionary War.

The night before she is to return to her family home to celebrate her birthday, she is persuaded to go with the officer with whom she has fallen in love. He promises to marry her when they get to America. This promise, of course, is broken.

Laden with heavy moralizing, Charlotte is made to suffer and pay over and over for her unhappy adventure. In the end, she gives birth to a baby girl and dies of malnutrition. What’s worse about this melodramatic plot is that Rowson claimed it was based on the true story of someone she knew. 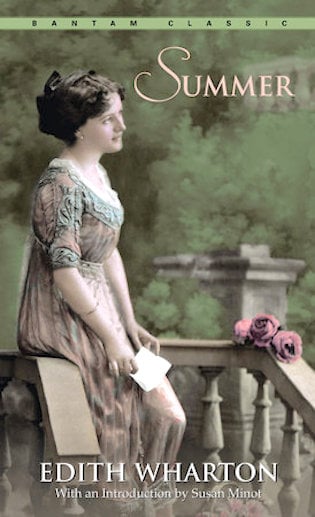 Summer by Edith Wharton, a novella, was one of her personal favorites. She called it the “hot Ethan,” referring to her 1911 novella, Ethan Frome. It’s unclear if she was speaking of the book’s setting in the summer season, Charity’s sexual awakening, or both.

Charity, who was adopted by a small-town lawyer named Royall and his wife as a baby, continues to live with him after his wife passes away. He begins to look at Charity in a new light once she becomes a young woman, which deeply disgusts her. While working at the local library, she meets a young architect passing through. He seduces and abandons her, leaving her pregnant.

“Charity, till then, had been conscious only of a vague self-disgust and a frightening physical distress; now, all of a sudden, there came to her the grave surprise of motherhood.”

Lawyer Royall, initially furious at the mess Charity finds herself in, becomes a comforting ally.

“Mr. Royall seldom spoke, but his silent presence gave her, for the first time, a sense of peace and security. She knew that where he was there would be warmth rest, silence; and for the moment they were all she wanted.”

Gone With the Wind by Margaret Mitchell (1936)

Pregnancy and childbirth play minor, yet pivotal roles in Margaret Mitchell‘s Gone With the Wind. The widowed Scarlett was left with a son by her first husband; after marrying Rhett Butler, she gives birth to the adored Bonnie Blue. Then, she wants nothing more to do with pregnancy, lest it spoils her seventeen-inch waist.

Following an angry encounter, Rhett forces himself upon Scarlett. Controversially, this incident of marital rape seems to turns Scarlett’s pretty head; in the morning, she’s practically purring. He nonetheless decides to leave Scarlett, and in the interim, Scarlett discovers that she’s pregnant (her third pregnancy in the book; her second in the film).

When Rhett returns after three months, he’s still in a foul mood, souring Scarlett’s as well. When she informs him of the pregnancy, he says, “Cheer up, maybe you will have a miscarriage.” Enraged, Scarlett takes a swing at him. When Rhett steps out of the way, Scarlett loses her footing and tumbles down the long staircase. She does miscarry and nearly dies.

Melanie, the angelic wife of Ashley Wilkes (the man with whom Scarlett professes to be in love) becomes pregnant with their second child, though her doctor warns her against it. Sure enough, she grows weak after a miscarriage. Summoned to Melanie’s bedside in her final moments, Scarlett is made to realize what’s at stake in making deathbed promises to one she had until then considered a rival. 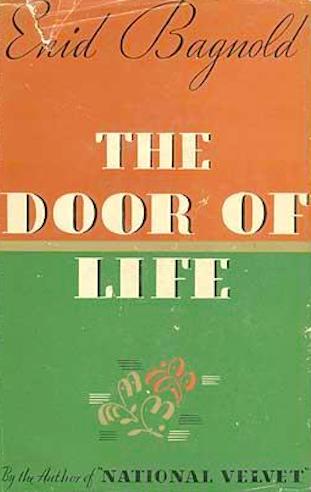 It’s surprising to discover that Enid Bagnold, the author best known for the classic horse story National Velvet, wrote what is considered one of the first novels centered on pregnancy and childbirth. Oddly titled The Squire when first published in England, it was recast asThe Door of Life for its American publication.

This semi-autobiographical novel is described as an almost meditative reading experience from the perspective of the expectant mother, who is soon to give birth to her fifth child. A 1938 review observed:

“Those to whom the act of giving birth to a new human is fraught with terror and dread will see here that it is possible for it to be a wonderful and moving experience. We have never before read of the birth of a baby where all anguish was removed and a deep, fundamental joy was put in its place.”

Even by today’s standards, that sounds so refreshingly positive! Read more about The Door of Life. 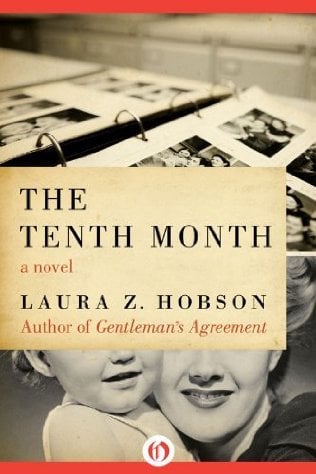 We’ll let the publisher of this 1970 novel about single motherhood describe it, since they did it so ably:

In her first great best seller, Gentleman’s Agreement, Laura Z. Hobson dealt memorably with the prejudice of antisemitism. In The Tenth Month, Hobson deals with another kind of prejudice — one far more subtle, emotional, and pervasive — the prejudice that society is guilty of when it forces a single  rigid code of morality on all human beings.

The Tenth Month is the story of Theodora Gray, a woman who has been told she can never have children, but now —after ten years of divorce and at the amiable end of one of her infrequent affairs —suddenly discovers that she is pregnant.

Dori Gray is not bothered by feelings of shame or self-reproach. She is delighted, and determined to have her baby. But another kind of dilemma poses itself: even before she is certain that she is pregnant, Dori falls in love with Matthew Poole, a lawyer who is married and a devoted father of two children.

Should she tell him she is pregnant by another man? If she tells him, how will he take it? Will Dori become another “problem case,” or will Matthew’s strength and humanity prevail and let him respect the rightness of her decision to have her child?