The Door of Life by Enid Bagnold (originally titled The Squire) 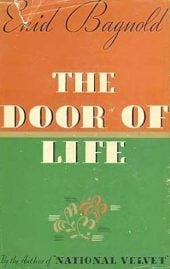 It’s surprising to discover that Enid Bagnold, the author best known for the classic horse story National Velvet, wrote what is considered one of the first novels centered on pregnancy and childbirth. Oddly titled The Squire when first published in England in 1938, it was retitled The Door of Life for the American audience.

This semi-autobiographical novel is an almost meditative reading experience from the perspective of an expectant mother who is soon to give birth to her fifth child. A review from the time of its publication observed:

“Those to whom the act of giving birth to a new human is fraught with terror and dread will see here that it is possible for it to be a wonderful and moving experience. We have never before read of the birth of a baby where all anguish was removed and a deep, fundamental joy was put in its place.”

Even by today’s standards, that sounds so refreshingly positive! 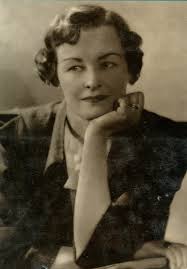 A 1938 Review of The Door of Life by Enid Bagnold

From the original review in The Charlotte Observer, November 6, 1938;  “Her Writing is Different”: Enid Bagnold, English novelist, is gifted with a very special genius

We can recall no one of her contemporaries who writes at all like her, whose talent coincides with hers at any point. She isn’t whimsical as was James Barry, nor is she full of tricks, as is Gertrude Stein.

She writes with no self-consciousness of being original or different, yet she is that. And much more than that.

A year or so ago her novel National Velvet was being talked about. We were interested then to observe that the book was praised or condemned with equal enthusiasm. Many persons considered it enchanting and “not-to-be-missed,” others thought it “precious,” and “unrealistic.” It had a great success. and it certainly made a lasting impression on many persons, for we still her it talked about.

All this leads up to Mrs. Bagnold’s new book, The Door of Life. It is about an English woman who lives with her young children in a big house with the usual number of servants — butler, kitchen maids, nurses, cooks, gardeners, and so on.

The husband never appears, and his total absence from the story, even in spirit, suggests that Mrs. Bagnold knows more about the childish ways of children than of husbands and fathers.

Not much, that is externally, happens. The core of the story is hidden and must be got at by use of the imagination and quiet consideration. But it is worth the effort. To get the most from this book the reader must put himself into its reading, for its meaning is not obvious, but subtle and faintly concealed. It is delicate, exquisite rather than bold and broadly indicated. 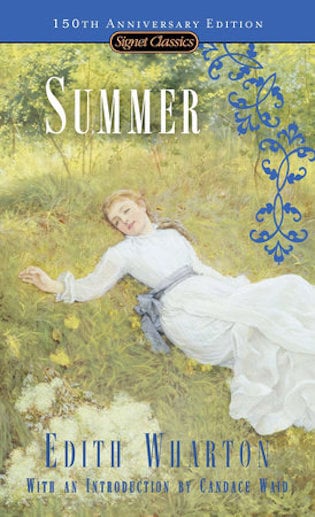 Women who are inclined to consider motherhood a chore which must be got through quickly will see a new light in this mother’s love and intelligent consideration for her children in The Door of Life.

And those to whom the act of giving birth to a new human being is fraught with terror and dread will see here that it is possible for it to be a wonderful and moving experience. We have never before read of the birth of a baby where all anguish was removed and a deep, fundamental joy was put in its place. This is a relief.

Swim then, swim with it for your life. If you resist, horror and impediment! If you swim, not pain but sensation! Who knows the heart of pain, the central bellows of child-birth which expels one being from another?

None knows it who, in disbelief and dread has drawn back to the periphery, contradicting the will of pain, braking against inexorable movements. Keep abreast of it, rush together, you and your violence which is also you! Wild movements, hallucinated swimming! Other things exist than pain!”

Set off against the mother is her friend whose life still depends upon the admiration and love of men. Their difference is astonishing-the security of the mother, the helplessness of her friend, for she was a woman meant to walk from man to man and never to look back. The five children are as lovable and mischievous a group as we have ever met in a book or in life. They are real children, not the sole product of the imagination.

What is the secret of Mrs. Bagnold’s understanding of children? The answer is simple and inevitable: Enid Bagnold herself. Her publisher tells us that she has had five children of her own and adopted another for each one that she has had “in order that two of the same age may grow up together.”

Add to this talent for children a gift, if not genius, for writing and it is no wonder that she can write such extraordinarily good books. They spring straight out of her own life.

It is our opinion that all young people, married or contemplating marriage, would enjoy and really benefit from reading The Door of Life. It certainly is not a practical course in marriage but its message is meaningful, encouraging, and enlightening.

More about The Door Of Life by Enid Bagnold