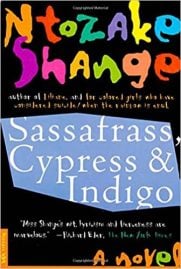 Literary Ladies Guide celebrates classic women authors, and as part of our mission, we honor the rich tradition of African-American women authors. If you’d like to read more classic novels and memoirs by Black women writers, there’s much to explore. This list is a good  place to start.

Historically, it was challenge enough for women to become published authors; this was especially true for African-American women facing the dual struggle of race and gender bias.

Fortunately, there are more women of all backgrounds writing today. That’s why this site limits its scope to women who have passed on, and those are the authors you’ll find in this list.

From the slave narratives of the 19th century, to the identity-seeking stories of the Harlem Renaissance, to the unique voices of recently departed authors like Toni Morrison and Ntozake Shange, these foundational classics have stood the test of time, and are still incredibly good reads.

And what better way to support Black literature than by purchasing the books recommended below from one of these Black-owned bookstores that ship across the U.S. 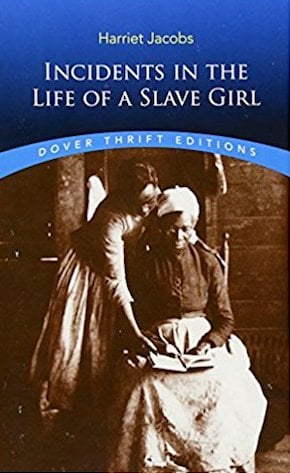 In 1857, Harriet Ann Jacobs (1813 –1897) was completing a manuscript for a barely fictionalized account of her life as a slave and her struggle to free herself and her children. After all she’d been through, and how compellingly she presented her narrative, though, not a single publisher was willing to take the book on.

After repeated rejections, Harriet decided to publish the book herself, an impressive feat for any woman of that era, let alone one that had spent years as a fugitive slave. Incidents in the Life of a Slave Girl, Written by Herself, an autobiography that reads like a novel, was published in 1861.

More about Incidents in the Life of a Slave Girl by Harriet Ann Jacobs.

Jessie Redmon Fauset (1882 – 1961) was an American editor, poet, essayist, and novelist associated with the Harlem Renaissance. Plum Bun, the second of her four novels, was an important addition to the small but persistent canon of “passing” novels of the era produced by both male and female authors.

Plum Bun: A Novel Without a Moral is the story of Angela Murray, a young mixed-race woman who moves to New York City after her parents’ death. Angela decides to try to live as a white woman, only to discover that life on the other side of what was then called “the color line” also had its share of pitfalls. Creativity ultimately becomes the greatest source of satisfaction for her. 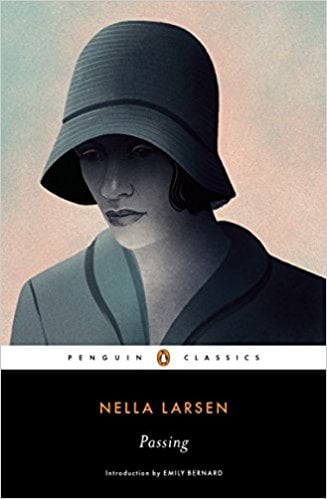 Passing by Nella Larsen (1891 – 1964) is one of the most iconic novels of the Harlem Renaissance era of the 1920s. Within its spare prose lies deep ideas and much to ponder. The 2001 Griot Edition describes it succinctly:

“Passing’ is not only a direct reference to Clare’s decision to live as a white woman but also the suppression of her sexuality. It also calls attention to the other kinds of ‘passing’ women do in relationships romantic and otherwise, and the adoption by the black middle class of the actions and values of the dominant culture.”

More about Passing by Nella Larsen.

Zora Neale Hurston made a name for herself during the Harlem Renaissance as an author and ethnographer. Their Eyes Were Watching God (1937), her third published book and second novel, is certainly her best-known work and something of a feminist classic.

Janie, the story’s heroine, searches for independence, identity, love, and happiness over the course of twenty-five years and several relationships. This story is actually not unlike Zora’s own, though it could be argued that she never found true happiness.

Here’s more about Their Eyes Were Watching God by Zora Neale Hurston.

The Street by Ann Petry was published in 1946 and became the first novel by an African-American woman to sell more than a million copies — all told, it sold more than 1.5 million. The story centers on Lutie Johnson, a young black single mother coping with racism, sexual harassment, violence, and class divisions in World War II-era New York City.

In Ann Petry (1996), a concise biography and analysis of the author’s literary canon, Hilary Holladay observed: “The urban black characters’ suffering is especially acute once they come to believe that there is no better life ahead, that the American dream of success is not theirs to strive for, let alone achieve.”

Here’s more about The Street by Ann Petry. 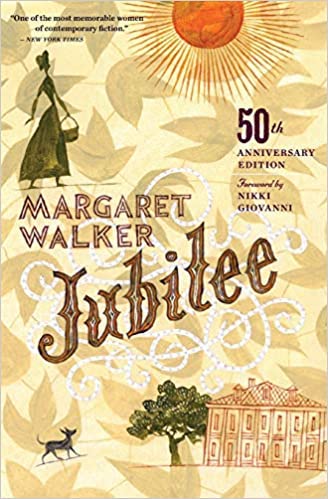 Jubilee by Margaret Walker (1966), the only novel by this esteemed American author, poet, and educator, was the culmination of some twenty-five years of research and writing.

The story of Vyry, a mixed-race slave, is based on the real-life experiences of Walker’s great-grandmother. Walker received the Houghton Mifflin Literary Fellowship for this book, and its completion served as her Ph.D. from the University of Iowa.

Covering the antebellum years, Civil War, and Reconstruction periods, the narrative moves from a Georgia plantation to Alabama, following Vyry’s life and loves.

I Know Why the Caged Bird Sings by Maya Angelou (1969) 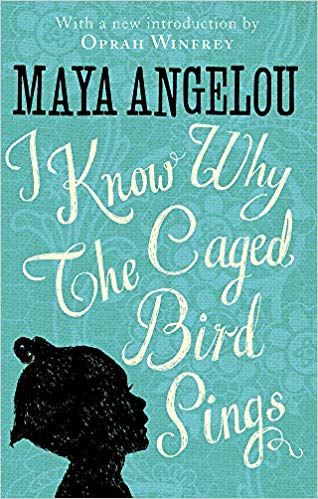 I Know Why the Caged Bird Sings by Maya Angelou (1928–2014) is a 1969 autobiography by the beloved writer and poet covering her upbringing and youth. The book is the first in a seven-volume series. It delves into Angelou’s journey, one in which she experiences and overcomes racism and trauma and develops the strength of character and a love of literature.

The book starts with her as a three-year-old being sent to Stamos, Arkansas, to live with their grandmother along with her older brother. By the end of the book, Angelou is sixteen years old and becomes a mother.

More about I Know Why the Caged Bird Sings by Maya Angelou. 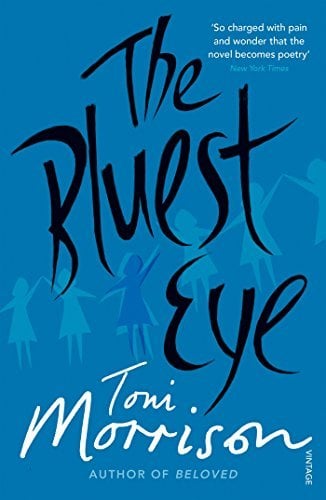 So many of Toni Morrison’s novels have entered the American canon as classics, perhaps none more so than Beloved (1987). But for those just starting to read Nobel laureate Toni Morrison, I think it’s best to work your way up to Beloved to fully appreciate the way she constructs and tells a story. And what place to better start than with her first novel, The Bluest Eye.

Centering on Pecola, a Black girl who dreams of having blue eyes to fit into Western standards of beauty, the book is a meditation on race, class, and gender. At first, the book didn’t sell well at first and received mixed reviews. But it made its way onto the book lists of black studies college courses, which helped boost its visibility. One of Morrison’s most accessible works, The Bluest Eye is a good way to ease into her brilliant oeuvre.

More about The Bluest Eye by Toni Morrison. 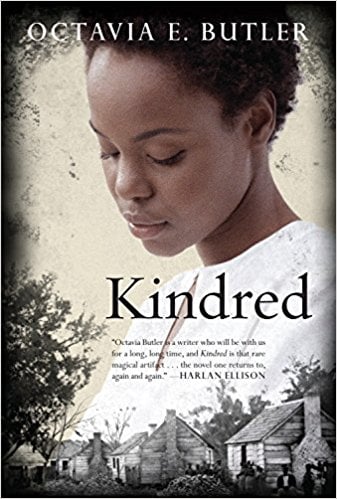 For Octavia E. Butler, writing science fiction wasn’t merely a vehicle for escaping into fantasy, but a means to explore universal issues. This is certainly true of Kindred. Whereas most of Butler’s work, before and after this novel, fits squarely into the sci-fi realm, Kindred falls more into the category of speculative fiction.

It tells of a contemporary African-American woman who travels back in time to save an ancestor who happens to be a white slave owner. By saving him in his time, she ensures her own survival in the future. With her knowledge of what lies in the future, the choices Dana must make are often agonizing. 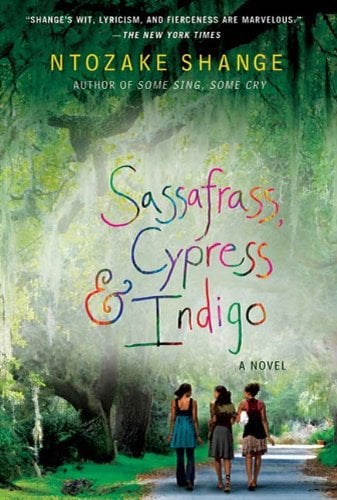 Ntozake Shange (1948 –2018), best known for her staged “choreopoem” For Colored Girls Who Have Considered Suicide / When the Rainbow is Enuf, was also the author of a number of novels. Sassafrass, Cypress & Indigo perfectly captures the author’s gift for weaving social observation with magical language to form a compelling story.

Sassafrass, Cypress & Indigo is the story of three sisters and their mother from Charleston, South Carolina, all of whom are striving to live their creative dreams. The New York Times wrote that “Shange’s rich and wondrous story of womanhood, art, and passionately-lived lives is written with such exquisite care and beauty that anybody can relate to her message.”

Dorothy West (1907 – 1998) was the last surviving member of the Harlem Renaissance movement. In her early career, she became known for short stories. Her first novel, The Living is Easy, didn’t appear until 1948; then there was a gap of some forty-seven years until The Wedding, was published in 1995, when West was in her late 80s.

The novel centers on the wedding day of Shelby, the daughter of a prominent, affluent African-American (and mixed-race) family, and Meade, a white jazz musician. It takes place on Martha’s Vineyard, long an exclusive enclave of upper-middle-class Black families. From there, the story of five generations of an American family unfolds.

More about The Wedding by Dorothy West. 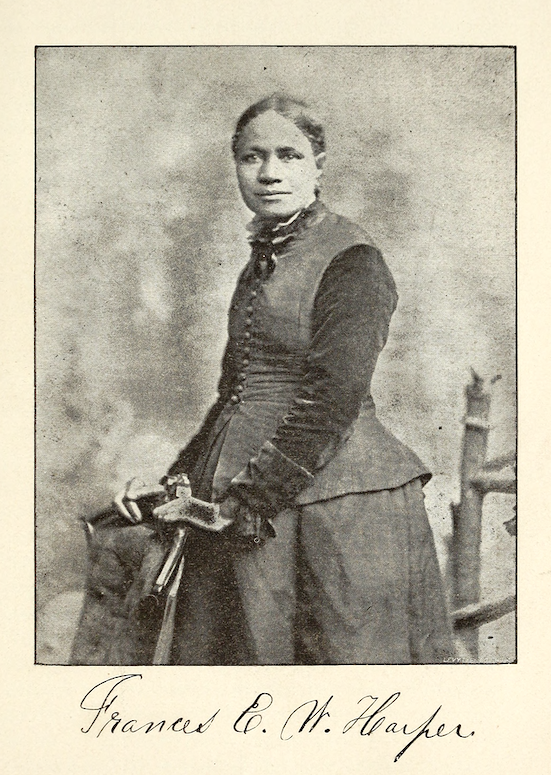 You may also enjoy:
Fascinating African-American Women Writers of the 19th Century