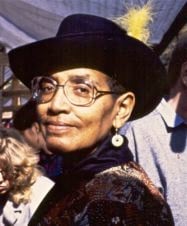 Her love of writing took root at an early age. Her first poem published in Seventeen magazine while she was in high school.

As society progressed with the anti-war, feminist, and civil rights movements, Audre shifted her writing from themes of love to more political and personal matters. She used her platform as a writer to spread ideas about intersecting oppressions and experiences faced especially by women of color.

Audre Lorde was born to Caribbean immigrant parents in New York City’s Harlem, the youngest of three daughters. By the time she was in eighth grade, she wrote her first poem, despite being so nearsighted that she was legally blind.

It was around this time that she dropped the ‘y’ from her birth name, which she explains in her autobiography Zami: A New Spelling of My Name, where she expresses preferring the symmetry of Audre Lorde, a name with two ‘e’-endings.

Continuing to express herself through poetry and the arts, Audre Lorde later became the editor of her school magazine at Hunter College High School, a secondary school for intellectually gifted children. When a faculty member rejected a sonnet she’d written about love, she pitched it to Seventeen magazine. They accepted and published it, paying her more than she would make over the next decade of her writing career.

Education and start of an academic career

In 1954, Audre spent a year studying at the National University of Mexico, a pivotal time in the poet’s life. It was then that she publicly confirmed her identity as a lesbian and a poet.

Upon her return to New York, she attended Hunter College and graduated in 1959. She worked as a librarian and continued writing while earning her master’s degree in library science at Columbia University, graduating in 1961.

In 1968, as a writer-in-resident at Tougaloo College in Mississippi, Audre had another transformative year as an artist. She held workshops with her black undergraduate students, leading discussions in civil and gay rights issues. This was in part the inspiration her book of poetry, Cables to Rage.

In 1970, Audre taught as an English professor at John Jay College of Criminal Justice. During her eleven years at the college, she fought for the creation of a Black Studies department. In 1981, she began teaching at her undergraduate alma mater, Hunter College. 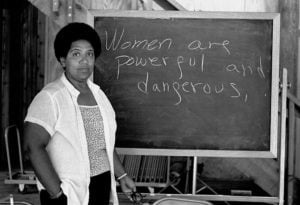 In 1977, Audre Lorde was diagnosed with breast cancer, undergoing surgery and later a mastectomy. She kept a detailed journal of her battle with cancer in her prose, The Cancer Journal, published in 1980.

A true warrior at heart, she continued to accomplish much in her life, using her voice and art to fight for what she believed in. In 1981, she became one of the founders of the Women’s Coalition of St. Croix, an organization dedicated to assisting women who have survived sexual abuse. In the late 1980’s, she also helped establish Sisterhood in Support of Sisters in South Africa to benefit black women affected by injustice.

Sponsored by The Black Scholar and the Union of Cuban Writers, Audre Lorde was a part of a group of black female writers invited to Cuba in 1985. Post-Cuban revolution, they discussed whether the status of people of color, lesbians, and gays had truly changed.

In 1984, Lorde started a visiting professorship in West Berlin at the Free University of Berlin. During her time in Germany, Lorde became an influential part of the Afro-German movement of that time. Together with a group of black female activists in Berlin, Audre Lorde coined “Afro-German” and gave significant rise to the Black movement in Germany.

Her impact on the movement was highlighted in the documentary Audre Lorde: The Berlin Years 1984-1992. The film was entered into the Berlin Film Festival and continued to be viewed at festivals as recently as 2016. 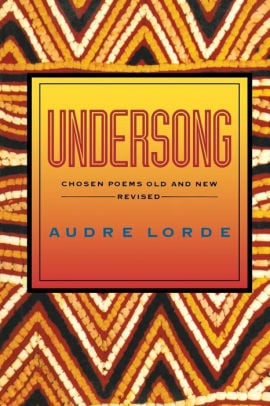 Lorde contributed poetry to many periodicals, anthologies, and other types of books. Some of her accomplishments include founding both the Kitchen Table: Women of Color Press in the late 1980’s with Barbara Smith.

She also received multiple awards, including the Walt Whitman Citation of Merit, a fellowship from the National Endowment for the Arts (1981) and multiple National Book Awards.

A battle with cancer

Audre Lorde eventually succumbed to her battle with breast cancer on November 17, 1992, in St. Croix, U.S.Virgin Islands. Ever the powerful woman, she found inspiration throughout her battle, documented in the 1980 special edition issue of the Cancer Journals. Her story included a feminist analysis of her experience with the disease and her mastectomy.

Before passing away, she changed her name to Gambda Adisa which means “Warrior,” or “she who makes her meaning known.” 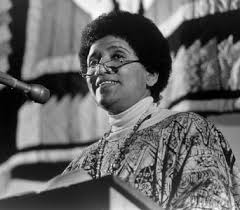