Incidents in the Life of a Slave Girl by Harriet Ann Jacobs: An Introduction 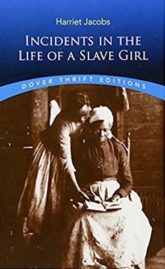 In 1857, Harriet Ann Jacobs (February 11, 1813 – March 7, 1897) was completing a manuscript for a fictionalized account of her life as a slave, and of her struggle to free herself and her children. After all she’d been through and how compellingly she presented her narrative, though, not a single publisher was willing to take the book on.

After repeated rejections, Harriet decided to publish the book herself, an impressive feat for any woman of that era, let alone one that had spent years as a fugitive slave. Incidents in the Life of a Slave Girl, Written by Herself, was published in 1861.

Though Incidents is autobiography, it reads like a novel, with a narrator named Linda Brent. But Jacobs wanted to make sure that readers understood that the book was wholly based on her own experiences. In the Preface to the book she wrote:

“Reader, be assured this narrative is no fiction. I am aware that some of my adventures may seem incredible; but they are, nevertheless, strictly true.

I have not exaggerated the wrongs inflicted by Slavery; on the contrary, my descriptions fall far short of the facts. I have concealed the names of places, and given persons fictitious names. I had no motive for secrecy on my own account, but I deemed it kind and considerate towards others to pursue this course …”

What compelled Harriet Jacobs to write this book

Jacobs sums up her motivation to write Incidents in her author’s Preface:

“I have not written my experiences in order to attract attention to myself; on the contrary, it would have been more pleasant to me to have been silent about my own history.

Neither do I care to excite sympathy for my own sufferings. But I do earnestly desire to arouse the women of the North to a realizing sense of the condition of two million women at the South, still in bondage, suffering what I suffered, and most of them far worse …

I want to add my testimony to that of abler pens to convince the people of the Free States what Slavery really is. Only by experience can any one realize how deep and dark, and foul is that pit of abominations. May the blessing of God rest on this imperfect effort in behalf of my persecuted people!” 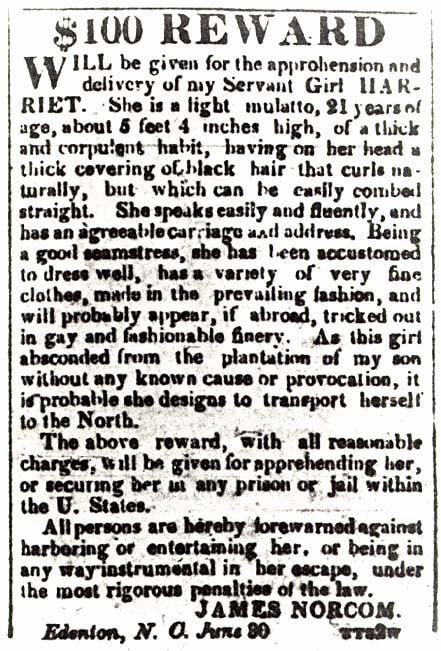 Incidents in the Life of a Slave Girl is encapsulated in the 1987 Harvard University Press edition:

Harriet A. Jacobs was born a slave in North Carolina in 1813 and became a fugitive in the 1830s She recorded her triumphant struggle for freedom in an autobiography that was published pseudonymously in 1861.

As Linda Brent the book’s heroine and narrator, Jacobs recounts the history of her family: a remarkable grandmother who hid her from her master for seven years; a brother who escaped and spoke out for abolition; her two children, whom she rescued and sent north.

She recalls the degradation of slavery and the special sexual oppression she found as a slave woman: the master who was determined to make her his concubine, his jealous wife, the future congressman who fathered her children but broke his promise to set them free, and sympathetic whites: a slave mistress who sheltered her; the northern woman who employed her, helped her avoid capture, and eventually bought her freedom; the abolitionist-feminism friend who encouraged her to write her autobiography; and Lydia Maria Child, the well-known writer who donated her services as an editor.

Incidents is the major antebellum autobiography of a black woman. With Frederick Douglass’s account of his life, it is one of the two archetypes in the genre of the slave narrative. 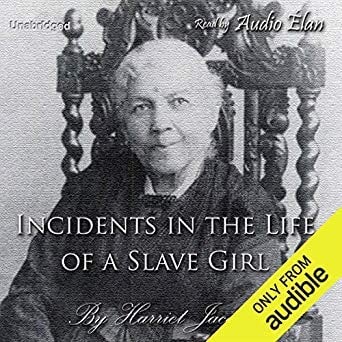 Incidents in the Life of a Slave Girl on Amazon*

Lydia Maria Child wrote in her introduction to Incidents:

“I believe those who know her will not be disposed to doubt her veracity, though some incidents in the story are more romantic than fiction. At her request, I have revised her manuscript; but such changes as I have made have been mainly for purposes of condensation and orderly arrangement.

I have not added any thing to the incidents, or changed the import of her very pertinent remarks. With trifling exceptions, both the ideas and the language are her own.”

The frankness of Jacobs’ description of the sexual abuse and rape of female slaves were rare indeed for that time period, and Mrs. Child frames it diplomatically:

“I am well aware that many will accuse me of indecorum for presenting these pages to the public; for the experiences of this intelligent and much-injured woman belong to a class which some call delicate subjects; and others indelicate. This peculiar phase of Slavery has generally been kept veiled; but the public ought to be made acquainted with its monstrous features and I willingly take the responsibility of presenting them with the veil withdrawn.”

Here, a portion from the introduction to the 1987 edition (Harvard University Press) by Jean Fagan Yellin:

“Like all slave narratives, Incidents was shaped by the empowering impulse that created the American Renaissance. Jacobs’ book expressed democratic ideals and embodied a dual critique of nineteenth-century America: it challenged the institution of chattel slavery with its supporting ideology of white racism, as well as traditional patriarchal institutions and ideologies.

Jacobs’ achievement was the transformation of herself into a literary subject throughout the creation of her narrator, Linda Brent.

his narrator tells a double tale, dramatizing the triumph of her efforts to prevent her master from raping her, to arrange for her children’s rescue from him, to hide, to escaped and finally to achieve freedom; and simultaneously presenting her failure to adhere to sexual standards in which she believed.

Unmarried, she entered into a sexual liaison, became pregnant, was condemned by her grandmother, and suffered terrible guilt. She writes that still, in middle age, she feels her youthful distress.

But she also questions the condemnation of her behavior, reaching toward an alternative judgment, she suggested that the sexual standards mandated for free women were not relevant to women held in slavery

Further, by balancing her grandmother’s rejection with her daughter’s acceptance, she shows black women overcoming the divisive sexual ideology of the white patriarchy and establishing unit across the generations.” 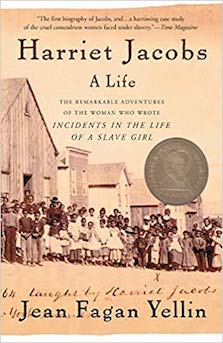 Harriet Jacobs: A Life by Jean Fagan Yellin on Amazon*

2 Responses to “Incidents in the Life of a Slave Girl by Harriet Ann Jacobs: An Introduction”