Harriet Ann Jacobs, Author of Incidents in the Life of a Slave Girl 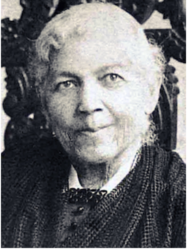 Harriet Ann Jacobs (February 11, 1813 – March 7, 1897) was an African-American writer who was widely known for her brave escape from slavery, and for her role as an abolitionist, speaker, and reformer. She is alternately referred to as Harriet A. Jacobs or simply Harriet Jacobs.

She’s best remembered as the author of Incidents in the Life of a Slave Girl, a fictionalized but highly autobiographical narrative, first self-published in 1861

Raised in Edenton, North Carolina, Harriet and her brother John were born into slavery under the principle of partus sequitur ventrem (that which is brought forth follows the womb). This meant they were born into slavery because their mother was already enslaved. However, it wasn’t until Harriet turned six that she even learned she was a slave.

“Though we were all slaves, I was so fondly shielded that I never dreamed I was a piece of merchandise, trusted to them for safe keeping…”

When Harriet was six her mother died, sending her and her brother to live with her mother’s owner and mistress, Margaret Horniblow, where Harriet was graciously welcomed. Here she learned to read, write, and sew, and had a relatively happy life until her owner’s death in 1825.

In her owner’s will, it was said that Harriet was bequeathed to her three-year-old niece, Mary Matilda. Since Mary was too young, Harriet went under the rule of Mary’s father, Dr. James Norcom.

After years of unwanted sexual advances from Dr. Norcom, and the copious amounts of jealousy from his wife, Mrs. Norcom, Harriet found love with a white lawyer in town, with whom she had two children with. In an act of retaliation for the birth of her children, Dr. Norcom sent Harriet to one of his plantations where she worked as a field slave for the first time in her life.

In fear that Norcom would send her children to the plantation with her, Harriet escaped and went into hiding before he had the chance. She hid in a small space in her grandmother’s front porch roof, between 1835 and 1842. For seven years she tried to reunite with her children by trying to trick Norcom into selling them, something that unfortunately never happened.

In 1842 Harriet escaped from her grandmother’s home and traveled to Edenton, which eventually led to New York. Here she worked as a nursemaid for the family of abolitionist Nathaniel Parker Willis and his wife Cornelia Grinnell Willis. She remained hidden in order to escape capture by Dr. Norcom who continuously tried to re-enslave her until her freedom was bought in 1852.

After the Willis family bought Harriet’s freedom, the journey to reunite with her children began. Traveling between New York and Boston over the next few years finally gave her that reunion she had been dreaming of for years.

Incidents in the Life of a Slave Girl

During her years traveling between Boston and New York, Harriet became very active in a group of anti-slavery feminists. Here is where she met Amy Post, who would, along with Marry Willis, encourage Harriet to write the story of her life. This is where the idea for Incidents in the Life of a Slave Girl was born.

Incidents in the Life of a Slave Girl was one of the first books that addressed the fight for freedom by female slaves, that documented their struggles with sexual abuse and harassment, and that showcased their effort to protect everything they stand for as mothers and women.

In her novel, Harriet insisted on showing that black slaves were women and mothers too, and that they valued much of the same things as any white woman would.

After repeated rejections, Harriet decided to publish the book herself, an impressive feat for any woman of that era, let alone one that had spent years as a fugitive slave.

Though Incidents is an autobiography, it reads like a novel, with a narrator named Linda Brent. But Jacobs wanted to make sure that readers understood that the book was wholly based on her own experiences. In the Preface to the book she wrote:

“Reader, be assured this narrative is no fiction. I am aware that some of my adventures may seem incredible; but they are, nevertheless, strictly true. I have not exaggerated the wrongs inflicted by Slavery; on the contrary, my descriptions fall far short of the facts. I have concealed the names of places, and given persons fictitious names. I had no motive for secrecy on my own account, but I deemed it kind and considerate towards others to pursue this course …”

Lydia Maria Child, the well-known author and social reformer, donated her services as an editor and vouched for the narrative’s veracity.

When the book was finally published in 1861, Jacobs’ account of the years of sexual abuse she faced by her owner shocked the American public. This was the first time any slave had ever documented that they were raped by their white owners. In the Preface she wrote:

“I want to add my testimony to that of abler pens to convince the people of the Free States what Slavery really is. Only by experience can any one realize how deep and dark, and foul is that pit of abominations. May the blessing of God rest on this imperfect effort in behalf of my persecuted people!”

Although it initially received favorable reviews, it was quickly forgotten once the Civil War started. After it ended, readers were confused as to who the actual author was due to the fact that Harriet published the novel using a pseudonym. This resulted in many people assuming it was fictitious.

The identity of the true author wasn’t revealed until nearly a century later, when Jean Fagan Yellin would re-publish her edition of the book in 1987. 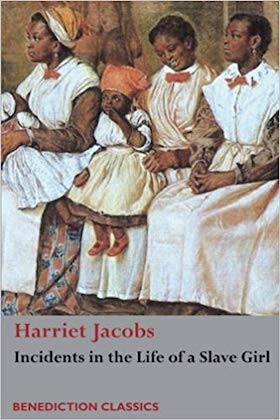 Through the years during the Civil War, Harriet lived in Washington D.C., where she assisted contrabands (refugee slaves), nursed black troops back to health, and taught freedmen how to read and write with her daughter Louisa. She helped organize, feed, and shelter refugees from slavery while trying to recruit more relief workers.

Harriet went on to set up schools run by the community, which eventually led to one being named in her honor as “The Jacobs Free School.” She also contributed to organizing African American communities, building churches, hospitals, and homes for newly freed people.

Harriet became less active in her later years but continued to support her daughter in the fight for African American education. She died in 1897 in Washington, D.C., where she was buried next to her brother.