Classic Films Based on Novels by Women Authors 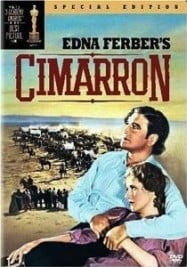 It’s surprising how many classic films are based on novels by women authors. Here’s just a small sampling.

Cimarron (1931) was based on the 1929 novel by Edna Ferber, starring Richard Dix and Irene Dunne. Centered on the story of the Oklahoma land rush that began in 1889, it was the first Western to have won Best Picture, and would be the last for nearly 60 years, until Dances with Wolves received the same honor. A true epic, the film was quite expensive to make and was more of a critical than commercial success.

The film was remade in 1960, also titled Cimarron, and though not as well-received as the original, became better known by way of regular broadcasts on television. This is one of several films based on Edna Ferber’s works. See Giant, up ahead; others include Show Boat, Saratoga Trunk, and So Big. 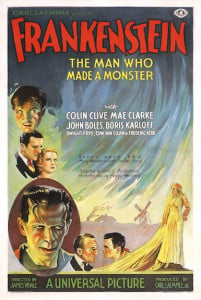 There have been many interpretations of Frankenstein, Mary Shelley’s classic tale of horror, but the first film version of Frankenstein (1931) is still considered the classic, even if it’s not quite true to the book. The screenplay, based on a stage play by Peggy Webling, is the oft-told tale of a scientist and his assistant who use corpses to create a living being, inadvertently given a murderer’s brain.

Boris Karloff’s role as Frankenstein’s monster is among his best known. Though it didn’t receive any Academy Awards the year it was released, the American Film Institute named listed it as 87th of the top 100 films ever made. And there are few other films that have spawned as many sequels, spin-offs, and parodies.

Gone With the Wind 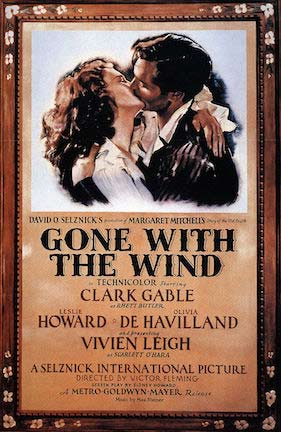 Gone With the Wind (1939) a faithful adaptation of the epic novel by Margaret Mitchell, starred Vivien Leigh, a British stage actress who nonetheless seemed to have been born to play the complicated Scarlett O’Hara. Ms. Leigh won for Best Actress, as did Hattie McDaniel for her portrayal of Mammie.

The perfectly cast Clark Gable (as Rhett Butler) and Olivia de Havilland (as Melanie Wilkes) were nominated but didn’t win. The film won the year’s Best Picture and Best Director, among many other award categories.

The film’s legacy has been mixed — some critics of its the time and through the years have criticized the stereotypical portrayal of blacks and romanticism of the old South and slavery. Still, it’s hard to resist the complicated Scarlett, and unvarnished presentation of her flaws, and her tumultuous relationship with Rhett. 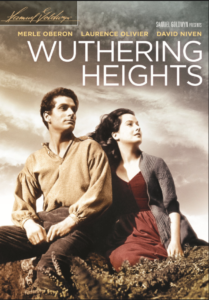 The 1939 movie adaptation of Wuthering Heights, based on the novel by Emily Brontë, is considered an American film classic. Produced by Samuel Goldwyn and directed by William Wyler, the screenplay took some liberties with the original stories to streamline it into a film whose run time is less than two hours. It covers barely half of the novel’s 34 chapters, cutting out the second generation of characters.

Wuthering Heights was nominated for eight Academy Awards, but faces stiff competition that year from Gone With the Wind and The Wizard of Oz. Despite the liberties taken with the story, the film retained the dark, brooding mood of the book, and was generally praised by critics. 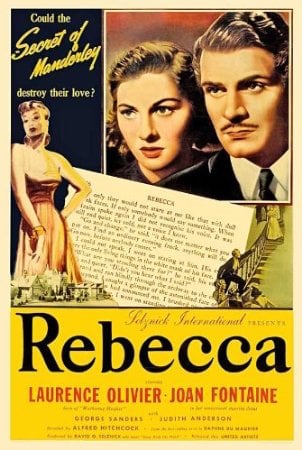 Rebecca  (1940) is based on the book of the same name (1938) that is arguably considered Daphne du Maurier’s masterwork. Arguably one of my personal favorite novel-to-film adaptations, it’s the story of a timid young woman who, after a hasty marriage to the brooding Maxim de Winter, becomes the mistress of his ancestral home, Manderlay.

She is intimidated by the echoes of Rebecca — the first Mrs. de Winter, until she learns the truth behind her predecessor’s untimely death. 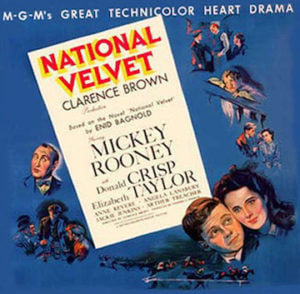 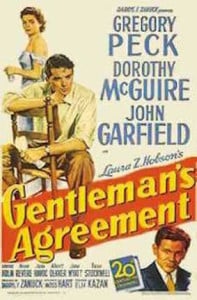 Gentleman’s Agreement (1947) was based on the novel of the same name by Laura Z. Hobson, who doubted any publisher would want to take it on, let alone that it would so quickly become a multi-award winning film. It’s the story of Philip Schuyler Green, a journalist who poses as a Jew in order to investigate antisemitism in post-World War II New York City and environs.

Though it showed only a narrow slice of “upper crust” antisemitism, the film sensitively explores the topic and is quite true to the book. Gentleman’s Agreement won Best Picture of 1947, with its director, Elia Kazan, getting the award for Best Director. Gregory Peck won for Best Actor, Dorothy Maguire for Best Actress. 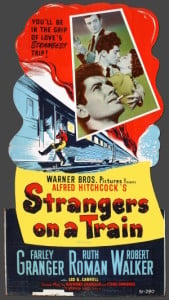 Strangers on a Train (1951) is a fairly faithful adaptation of Patricia Highsmith’s 1950 novel (her first) of the same name. Two men aboard a Washington to New York train meet; one of them proposes that they “swap murders.” What ensues is a suspenseful ride into the darker reaches of human nature.

Farley Granger stars as a tennis pro who gets caught up in the twisted web of a sociopath played by Robert Walker; both excel in the lead roles. When first released, the film received mixed reviews, but in time, film critics have come to considered it a classic psychological crime thriller, with a 98% rating on Rotten Tomatoes, for example.

Giant (1956), a sprawling film based on the even more sprawling 1952 novel by Edna Ferber tells the story of a Texas family spanning from the twenties though the end of  World War II. Race, class, and personal relationships are but a few of its themes.

Though the film was nominated for nine Academy Awards in a variety of categories, only George Stevens won for Best Director. The large and stellar cast featured Elizabeth Taylor, Rock Hudson, and James Dean (in his last film role before his untimely death). 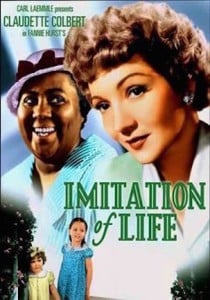 Imitation of Life (1959) was quite altered from the first film version (1934 — at left) starring Claudette Colbert and Louise Beavers, both based on the book of the same title by Fannie Hurst, a largely forgotten author who was a hugely successful top-earner in her time.

The ultimate tearjerker, both versions (the 1959 film stars Lana Turner) deals with issues of gender, race, class, and “passing.” From the start considered controversial in terms of its portrayal of these themes, still, when considered in cinematic terms, many critics have called the original 1934 film a masterpiece and film aficionados consider it superior to the remake. 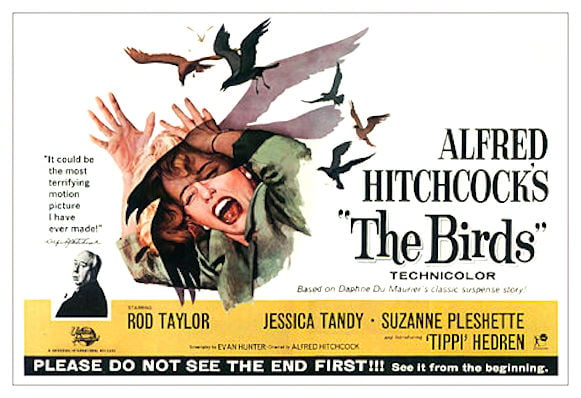 The Birds (1963), which, like the aforementioned Rebecca (1940) is  based on a work by Daphne du Maurier, and was also directed by Alfred Hitchcock. It’s one of his most renowned and psychologically terrifying films, though not one of his most critically acclaimed.