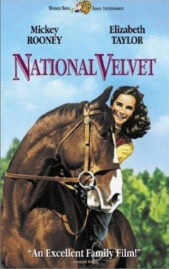 National Velvet is the story of a horse-crazy fourteen-year-old girl, Velvet Brown, who rides her horse, Pi, to win Britain’s Grand National steeplechase.

The 1935 novel of the same name by Enid Bagnold (1889 – 1991) was successfully adapted to film in 1944 and  featured the young Elizabeth Taylor in her first leading role.

Assisted by Mi, her father’s hired hand, Velvet plots to get the horse ready for what’s considered “the greatest race in the world,” praying to become “the best rider in England,” not for the money but for the glory of the horse she loves so dearly.

It’s a sentimental tale, to be sure, but it struck a chord with readers, especially horse-crazy girls, and has remained a classic since.  The film was a popular success as well, and launched Elizabeth Taylor’s decades-long film career. 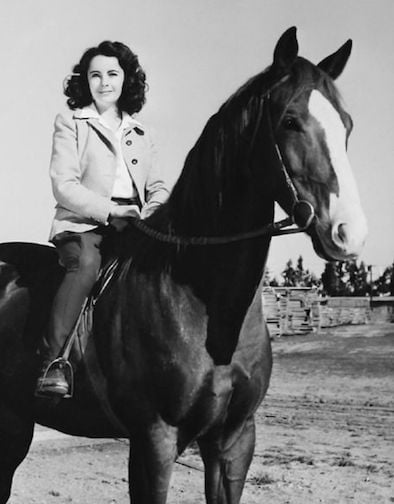 A 1944 review of National Velvet

From the original 1944 review by Jack O’Brien, AP Drama Editor: The new MGM film National Velvet is enchantingly reminiscent of Lassie Come Home. Like the latter, it concerns an animal —  this time a racehorse. Unlike it, however, the principal role is not the animal’s.

A little girl, Elizabeth Taylor, wraps up the picture and walks away with it right under the nose of a great film larcenist, Mickey Rooney.

National Velvet is an adaptation of the novel of the same name by Enid Bagnold. The theme is simple: a young girl acquires a horse and eventually enters it in the Grand National Sweepstakes.

But aside from its simple telling, the movie is an admirable study of British character. Set in 1929, when one war had passed and another was not even on the horizon, it tells a happy story. It will provide charming, warm couple of hours away from current cares.

Mickey Rooney plays a wanderer, a cynical youngster who has his callow mind made up to make his way without honesty or fair play. Taken in for a meal by an English family, he stays the night, plans to steal money in the cupboard and go along. But the parents of the little girl who brought him home give him a job.

So he puts back the money sticks around for a while, intending to wait for a more lucrative opportunity. 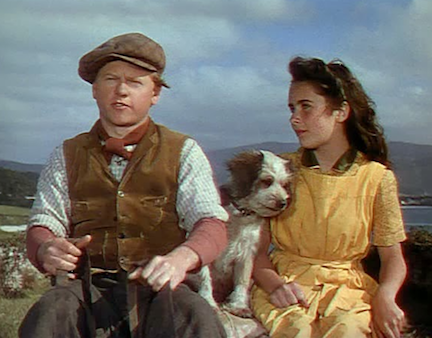 The little girl loves horses. When she acquires a magnificent gelding, she and the newcomer train it and enter it in the Grand National, over the protests of the father, played by Donald Crisp.

Anne Revere, as the mother, has a private history of somewhat similar dreams which came true and understands her daughter’s determination to see the horse run in the famous stakes. Finally, the entire town is rooting for them.

As benefits such a new fairy tale, the horse wins. While the movie is not a mystery, the ending is the sort that will better be seen to be appreciated. It is done beautifully and with deft understanding of daydreams.

The entire cast is one of the most pleasant collections of MGM talent which could have been tossed together for this sort of film. Jackie Jenkins has a bright bit as a young brother who collects ants, hangs them in a bottle around his neck and complains loudly when one of them and attacks him.

It is little Miss Taylor’s picture, however. The entire cast deserves a collective back-pat and so does Clarence Brown, who directed with understanding and uncommon perception. 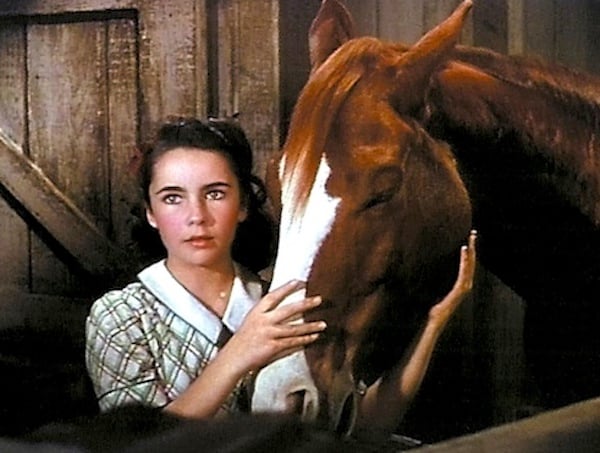