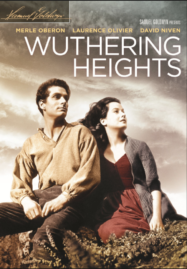 The 1939 film adaptation of Wuthering Heights, based on the novel by Emily Brontë, is considered an American movie classic.

Produced by Samuel Goldwyn and directed by William Wyler, the screenplay took some liberties with the original stories to streamline it into a film whose run time is less than two hours.

It covers barely half of the novel’s 34 chapters, cutting out the second generation of characters. Despite the liberties taken with the story, the film retained the dark, brooding mood of the book, and was generally praised by critics.

A 1939 review of Wuthering Heights — the film

From the review by Herbert Cohn in The Brooklyn Daily Eagle, April, 1939: Samuel Goldwyn’s screen version of Emily Brontë’s Wuthering Heights, her only novel, has only part of the book’s unhappiness because it relates only part of the story.

It has lopped off chunks of Brontë melancholia and occasionally sweetened portions that remained. But Wuthering Heights is capable of overpowering drama; its bitterness becomes even more intense when acted out. It needs such tempering if it is not to out-Brontë Brontë. 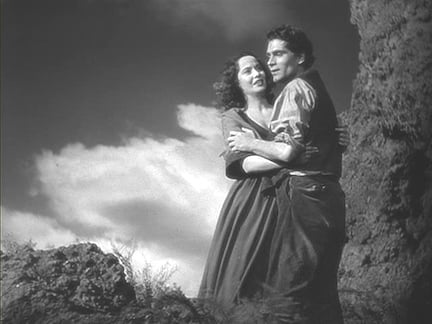 Here is one time that the purists — this department included — cannot complain about Hollywood’s tampering. For  the qualities that made the Brontë novel a literary classic — and its tragedy and startling pessimism are among them— are magnificently transferred to the screen.

They are not transferred whole, to be sure, sometimes they are represented symbolically, sometimes they are merely in the tone of Cathy’s spitefulness and Heathcliff’s contemptuousness. But they chase way even the tiniest doubt that Mr. Goldwyn has made a classic motion picture from a classic novel.

His Wuthering Heights is magnificent tragic drama. Emily Brontë demands nothing more, though. It deserves a place among the screen’s great, regardless of the present-day popularity of the unhappy authoress of the Yorkshire heaths.

Merle Oberon and Laurence Olivier as Cathy and Heathcliff

Merle Oberon has surpassed herself as the willful and emotionally sensitive Cathy. It has been a role coveted by many great actresses but she has made it one that will be always hers.

Laurence Olivier has never had a part to equal that of Heathcliff, the gypsy stableboy whose moods fun from extreme dejection to supreme happiness and whose expressions switch suddenly from painful self-punishment to carefree, almost childish, playfulness. Olivier has made of him an unforgettable figure. 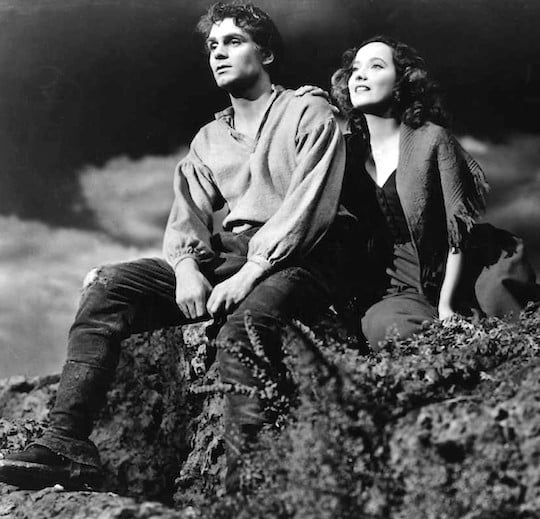 A softening of characters

Part of the change in what Wuthering Heights is in the softening of a few of its characters. Edgar, Cathy’s wealthy suitor, gives David Niven a chance to be the only sympathetic character, a quality he didn’t possess in the book.

And Healthcliff’s servant, Jospeh (Leo G. Carroll), an intolerant religious fanatic becomes an unimportant handyman. He, like other secondary figures in the novel, takes on a shallowness in the picture that is part of its general simplification.

Simplification is what Wuthering Heights needed to make it compact drama.

Ben Hecht and Charles MacArthur have done a smooth job of remodeling, tossing out the second-generation angle of the Cathy and Heathcliff romance, modernizing the dialogue without sacrificing its straightforwardness, imagining a half dozen colorful romantic scenes on the crags and even supplying a modernized spiritual ending that for once, is not off pitch. 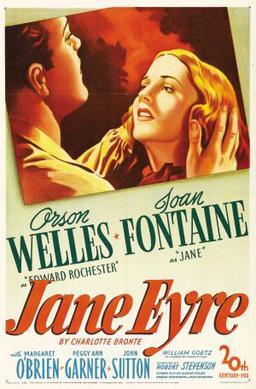 What is left of Wuthering Heights, then, is a flashback story — set on the eerie Yorkshire moors — of two lovers and their spite work. Heathcliff, the gypsy boy who is despised by Cathy’s brother Robert, is the girl’s very soul.

But he is a strange, moody fellow who can never make her “the finest lady in all the county.” So she ignores her love for him — and his for her — and marries the wealthy Edgar.

Heathcliff swears vengeance and disappears for several years. When he comes back he is wealthy enough to take his revenge immediately on Cathy’s bankrupt brother. Then he turn to collect his debt from Edgar by winning his sister, Isabella (Geraldine Fitzgerald) as a wife that he intends to make miserable. 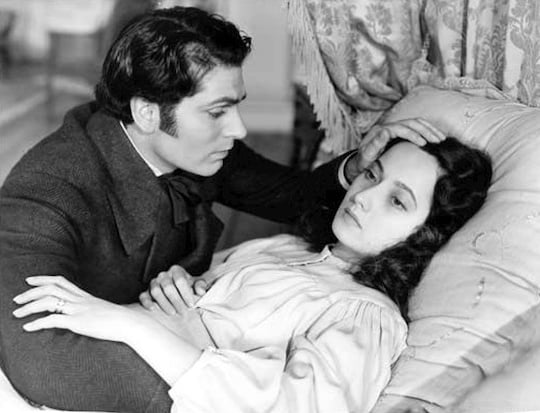 Not a pretty story, but one well told

Not a pretty story, but one that is strange, pack with fascination, and with hidden power waiting for clever actors to develop. The cast — with Fora Robson, Donald Crisp, Miss Fitzgerald, and Hugh Williams — knows hbow. And director William Wyler has set a becomingly grim stage for their delicate portrayals of unlovely characters.

Their combined work has resulted in a splendid screen drama, one that is beautifully written and played and sumptuously mounted. Wuthering Heights is a film that should not and must not be missed.

Other responses and awards

Wuthering Heights was nominated for eight Academy Awards, but won only Best Cinematography (black and white). It faced stiff competition that year from Gone With the Wind and The Wizard of Oz. It did win that year’s Best Film Award from New York Film Critics.

Among contemporary critics, the film has received a 95% score on Rotten Tomatoes. In a 2018 review on Radio Times, Peter Freedman wrote:

“Laurence Olivier’s Heathcliff is even more handsome than the Yorkshire moors across which he howls his doomed love for Cathy (Merle Oberon) in this stirring melodrama of seething, brooding and smouldering passion set in England in the 19th century … this is still the best by some way of the many big-screen versions of Emily Brontë’s novel. Had there also been an Oscar for best smouldering, Olivier would have walked it.” 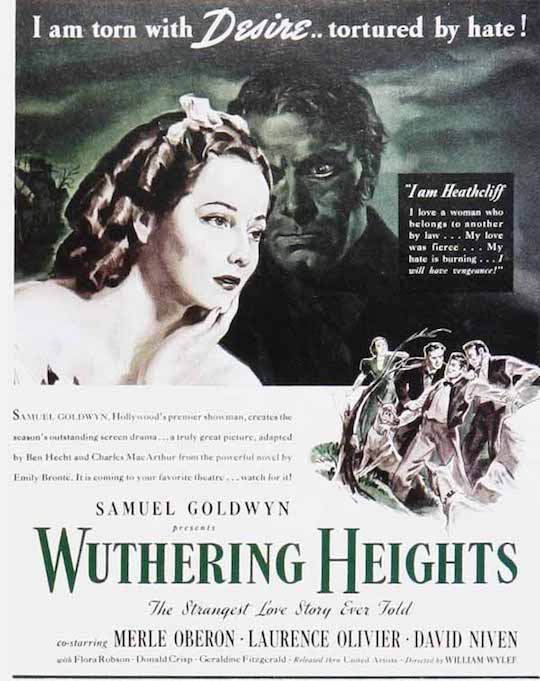 See other screen versions of Wuthering Heights on Amazon*