There are so many more classic Latina poets to discover (or rediscover) than is possible to list in one post. But for those just getting acquainted with this area of Spanish literature, you’ll find a good starting point here. Shown at right, Rosario Castellanos.

Presented here is a sampling of poets whose works have been fairly extensively translated into English, or whose achievements in their home countries were significant. The Latina poets listed following represent Cuba, Puerto Rico, a number of South American countries, Mexico, and Spain. 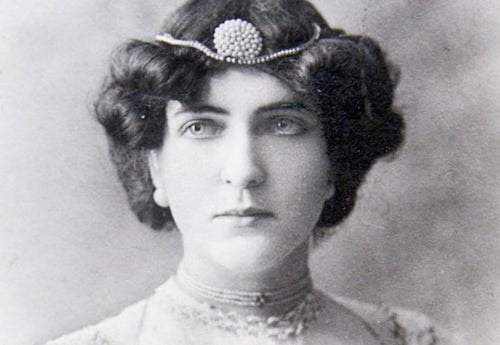 Delmira Agustini (1886 – 1914) was a Uruguayan poet born in the country’s capital, Montevideo. Her first book of poetry was published when she was still in her teens. Many of Agustini’s poems dealt frankly with female sexuality, sensuality, and passion at a time when writing openly about such subjects was taboo.

Agustini’s life ended tragically when her estranged husband murdered her. She was only 28, and yet had already achieved much in the field of poetry. 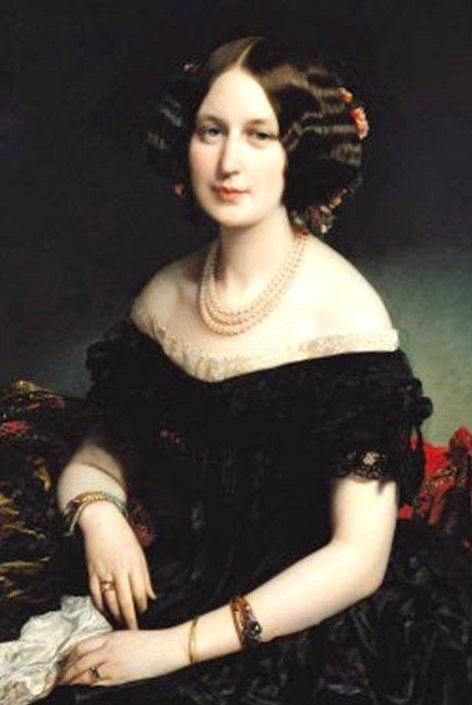 Gertrudis Gómez de Avellaneda (1814 – 1873) was born in Puerto Principe, Cuba, and made her name as one of the  great romantic poets and playwrights of the 19th century. Avellaneda’s timeless style and romantic vision combined with her experiences of personal suffering, resulting in some of the most heart-rending literature in the Spanish language.

A woman whose love life was as prolific as her pen, she wove her experiences into her varied works. For her earliest poems, she used the pseudonym of “La Peregrina” (The Pilgrim). Her first collection, Poesías líricas (“Lyrical Poems”) was published in 1841, and she continued to write and publish for the next several decades. Here is a selection of her poems in English translation. 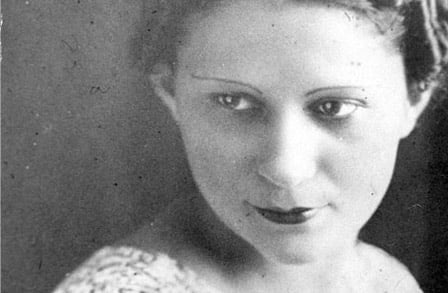 Julia de Burgos (1914 – 1953), was a Puerto Rican poet and activist. She was also an advocate for Puerto Rican independence and served as Secretary General of the Daughters of Freedom, the women’s branch of the Puerto Rican Nationalist Party.

When Burgos left Puerto Rico at the age of twenty-five, she vowed never to return. Though she kept her promise, her poetry invoked the social issues and the national identity of Puerto Rico.

The island’s history, including colonialism,  slavery, and oppression were woven into her poems. She also wrote of her personal struggles and complicated love life. Read more about Julia de Burgos and sample 6 poems about love and identity in both English and Spanish. 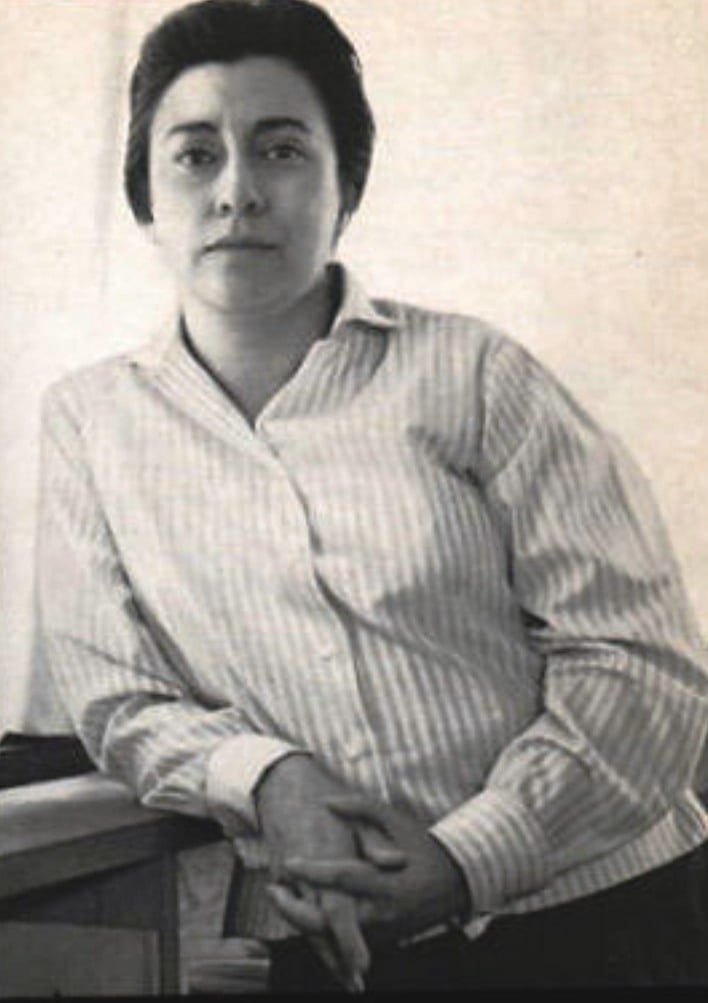 Rosario Castellanos (1925 – 1974), author, poet, and diplomat, was one of Mexico’s most influential literary voices of the twentieth century. https://www.literaryladiesguide.com/author-biography/rosario-castellanos/

Her work dealt with issues of culture and gender in her home country and went on to influence contemporary Mexican feminist theory and cultural studies. Personal and cultural identity and the spirit of her home state of Chiapas are among the themes in her poetry. Her deep religious faith was also a theme in her poetic work.

Read a sampling of poems by Rosario Castellanos in English and Spanish. 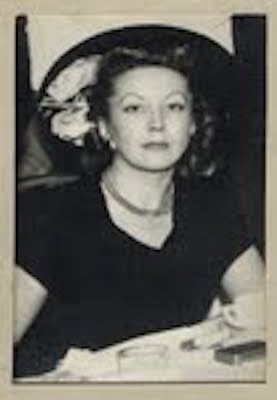 Nydia Lamarque (1906–1982) was an Argentine poet, activist, and translator, as well as a trained attorney. She was involved with the country’s feminist and socialist movements.

Lamarque translated the work of prominent French poets including Baudelaire, Rimbaud, Racine, and others into Spanish. Her own first collection of poetry, Telarañas, was published in  1925, and she continued to produce collections through 1951 with her final book, Echeverría el Poeta.

Finding Lamarque’s poetry online is a challenge, though there’s a selection of her poetry in its original Spanish here. 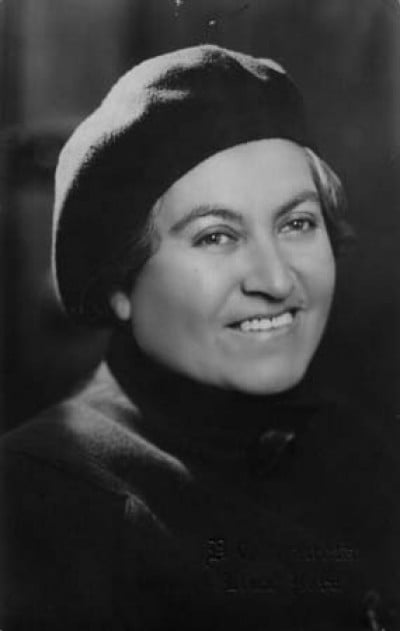 Gabriela Mistral (1889 – 1957) was a Chilean poet, educator, diplomat, and feminist. She was the first Latin American to receive the Nobel Prize in Literature (1945). The prize was awarded to her “for her lyric poetry which, inspired by powerful emotions, has made her name a symbol of the idealistic aspirations of the entire Latin American world.”

She said of her own need to write: “I write poetry because I can’t disobey the impulse; it would be like blocking a spring that surges up in my throat. For a long time I’ve been the servant of the song that comes, that appears and can’t be buried away.”

Sample nine poems by Gabriela Mistral about life, love, and death, in their original Spanish and in English translation. 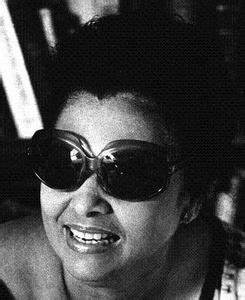 Rafaela Chacón Nardi was a Cuban poet and educator born in Havana, Cuba. In addition to her writing activities, she was a professor who taught at Escuela Normal para Maestros, Universidad de La Habana, and Universidad Las Villas.

In 1948 she published Journey to the Dream, her first volume of poetry. The work was reprinted in 1957 and included a letter that Chilean poet and Nobel Laureate Gabriela Mistral wrote in praise of Nardi’s work.

Though she authored more than 30 books including several volumes of poetry, very little of her work has been translated into English. However, if your Spanish is good, you can read a lovely selection of her poetry here.

Mercedes Negron Muñoz (1895 – 1973) was a Puerto Rican poet, feminist, and essayist who was recognized as one of the most important postmodern writers of the island nation’s 20th-century writers.

Born in Barranquitas, Puerto Rico, Muñoz grew up in a family steeped in culture and politics. She emigrated to the U.S. in 1918, then returned to Puerto in 1932. In 1937 her first collection of poems were published, establishing herself as “Clara Lair” the pseudonym she would use going forward. Themes in her highly awarded work included themes of love, feminism, existentialism, and a touch of eroticism.

Like some of the others listed here, her work has rarely been translated, but here’s a small sampling of her poems in Spanish. 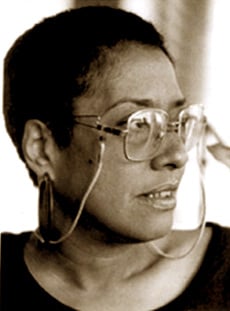 Excilia Saldaña (1946 – 1999) was a poet, children’s book author, and academic. Born in Havana, she identified as Afro-Cuban. Though she was an esteemed and much-awarded Cuban cultural figure, during her lifetime, her work was mainly confined to a Cuban audience, and rarely translated.

This changed in 2002 with the publication of In the Vortex of the Cyclone: Selected Poems by Excilia Saldaña: A Bilingual Edition. The publisher wrote of it that “The collection emphasizes her construction of a personal and poetic autobiography to reveal the identity of one of the best Afro-Caribbean poets of the twentieth century.”

It’s exceedingly rare to find Saldaña’s poetry in translation (or even in its original Spanish, for that matter) online, so the best resource continues to be the In the Vortex of the Cyclone. 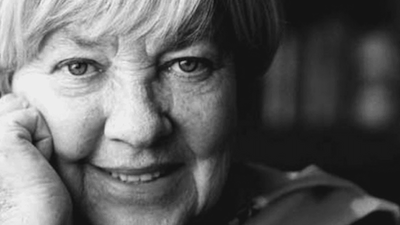 María Elena Walsh (1930 –  2011) was an Argentine poet, novelist, playwright, and musician. She was widely known for books and songs for children and used her work to express her political beliefs. In the era of the Argentine military dictatorship (1976 – 1983),  her song, “Oración a la Justicia” was adopted as a civil rights anthem. She was a staunch feminist and lived with her female partner until her death at age 80.

Born in Buenos Aires, Walsh was partly of Irish descent. She had her first poem published at age 15 and from then on, devoted her career to creating poetry and lyrics for readers and listeners of all ages. This multitalented artist deserves wider recognition. Here’s a small sampling of Walsh’s poems translated into English. 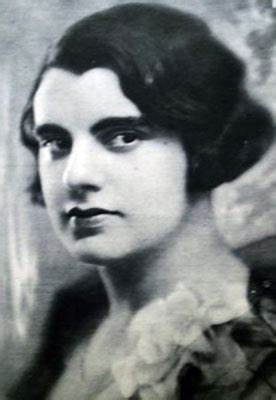