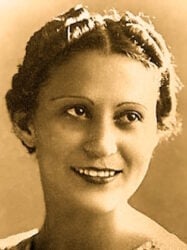 She was also an advocate for Puerto Rican independence and served as Secretary General of the Daughters of Freedom, the women’s branch of the Puerto Rican Nationalist Party.

Burgos was born and raised in Santa Cruz, a poor area of Carolina, Puerto Rico where her father owned a farm in addition to working as a member of the Puerto Rican National Guard.

She was the eldest of her thirteen siblings; six of her younger siblings tragically died of malnutrition. Nevertheless, she was the only one given the opportunity to attend school.

Burgos graduated from Munoz Rivera Primary in 1928 and was awarded a scholarship to attend University High School, so her family moved to Rio Piedras.

She was an  intelligent, dedicated student, and loved literature from a young age. The writings of Luis Llorens Torres, Clara Lair, Rafael Alberti, and Pablo Neruda were among those who influenced her career as a young poet. 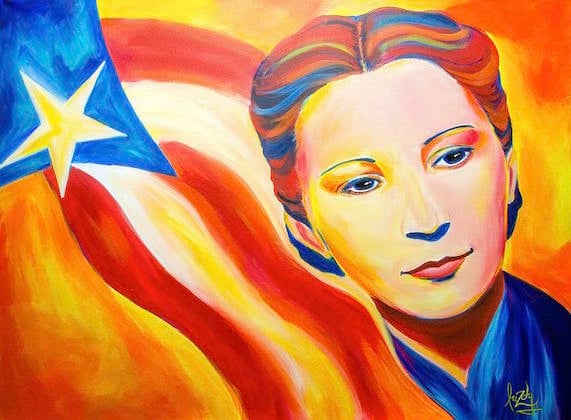 Burgos’ teaching career was cut short when she met her first husband, Ruben Rodriguez Beauchamp, in 1934. She started doing civil rights work in 1936 and became a member of the Puerto Rican Nationalist Party (Partido Nacionalista de Puerto Rico) and was later elected as the Secretary-General of the Daughters of Freedom, women’s branch of the Nationalist Party.

The start to her new career was followed by the end of her marriage to Beauchamp; they divorced after just three years of marriage.

After her divorce, Burgos started an intense romantic relationship with Dominican historian, physician, and political Juan Isidro Jiménez Grullón. Her love for him would become a major inspiration for her poetry, later in her career.

They traveled to Cuba together in 1939 where Burgos briefly attended school at the University of Havana. This was followed by a sojourn to New York City, where she worked as a journalist for Pueblos Hispanos, a progressive newspaper.

Her relationship with Grullón started to take a negative turn shortly after they arrived in Cuba. Burgos tried to save the relationship, to no avail. She returned to New York alone, and she worked menial jobs to support herself.

While starting a life of her own in New York City, Burgos met Vieques musician, Armando Marín. They married in 1943 but this marriage, too, ended in divorce. Burgos fell further into depression and alcoholism. 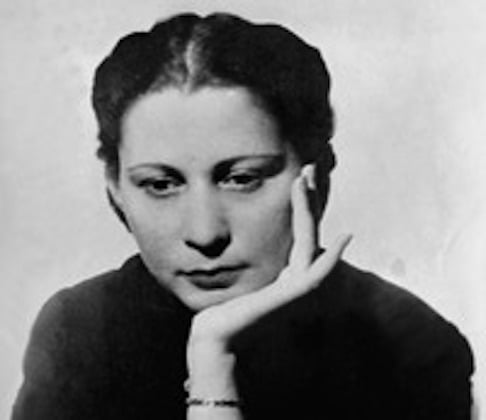 Themes of her work

Burgos had already become a published writer in journals and newspapers by the early 1930s. She also published three books that contained a collection of her poems. To promote her first two books, she traveled all over Puerto Rico, giving readings. Her third book was published in 1954, collecting poetry that addressed the social struggles of those oppressed on the island of Puerto Rico.

Some critics have placed Burgos’ poetry among the work of feminist writers and poets, along with that of other Latinx authors. She writes in one of her poems: “I am life, strength, woman.” 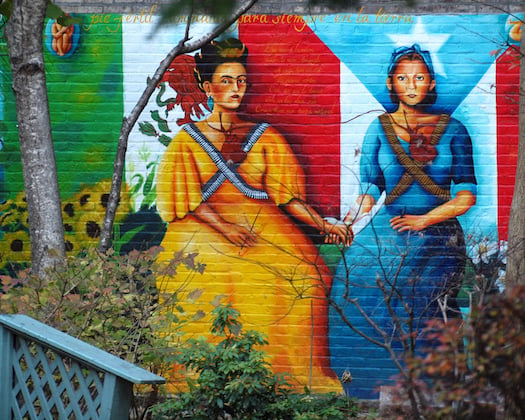 Awards and Honors; the legacy of Julia de Burgos

In 1986, she was awarded by the Spanish Department of the University of Puerto Rico and was granted a posthumous doctorate in Human Arts and Letters.

In 2002, a documentary about the life of Julia de Burgos was created titled “Julia, Toda en mi…” directed and produced by Ivonne Belén. In 1978 another biopic of her life titled “Vida y poesía de Julia de Burgos,” was filmed and released in Puerto Rico.

In 2006, a mosaic mural titled “Remembering Julia,” by artist Manny Vega was inaugurated. It is located between 106th Street between Lexington and Third Avenue in East Harlem.

On September 14, 2010, the United States Postal Service held a ceremony in San Juan in honor of Burgos’s life and literary work. They issued a first-class postage stamp which was the 26th release in the postal system’s Literary Arts series. Toronto-based artist Jody Hewgill created the stamp’s beautiful portrait.

In 2011, Yasmin Hernandez created a mural called “Soldaderas” (Women Soldiers) that was inaugurated at the community garden Modesto Flores Garden on Lexington Avenue between 104th and 105th street.

Interestingly, just one block away inside the old building of P.S. 72 is the Julia Burgos Latino Cultural Center. This is of great importance to the Latinx community as it is one of the mainstays of cultural life in El Barrio. This year, she was also inducted into the New York Writers Hall of Fame.

On May 29, 2014, twelve notable women were honored with plaques in the “La Plaza en Honor a la Mujer Puertorriqueña” (Plaza in Honor of Puerto Rican Women) in San Juan. Burgos was among the twelve who were honored who, according to their plaques, stand out by virtue of their merits and legacies. 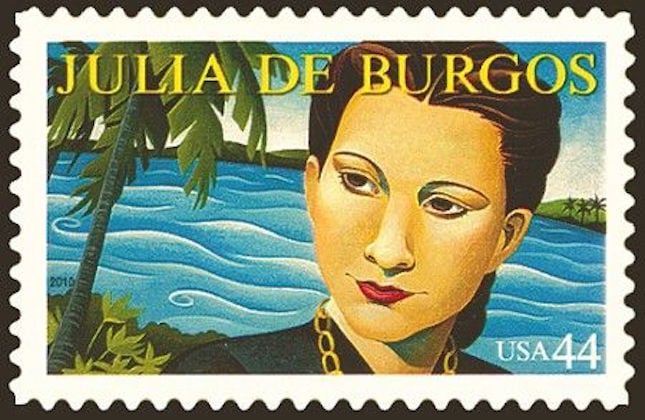 On June 28, 1953, Julia de Burgos left a relative’s home in Brooklyn where she had been living. She was nowhere to be found until July 6, 1953 when she had collapsed on a sidewalk in the Spanish Harlem section of Manhattan.

After being taken to a hospital in Harlem, she died of pneumonia at the young age of thirty-nine. Burgos was not wearing any ID when she passed away and was buried as “Jane Doe” at the public cemetery on Hart Island.

Her friends began to look for her after noticing that she had been missing. Her disappearance was even recognized by El Diario/La Prensa as they published a notice an an effort to find her. After days of intensive search, her body was unearthed and sent to Carolina, her hometown, for a proper burial. 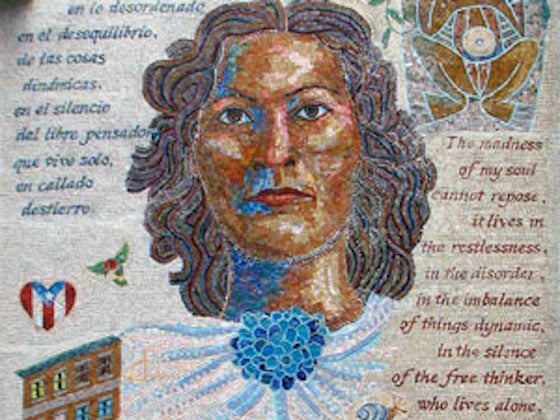