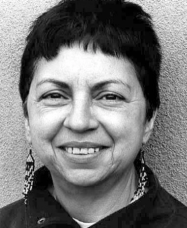 Gloria Evangelina Anzaldúa (September 26, 1942 – May 15, 2004) was a queer Chicana poet, feminist theorist, and writer. Going by the name Gloria E. Anzaldúa as an author, her writing and poetry discuss the anger that stems from social and cultural marginalization.

She herself experienced this kind of marginalization growing up in the Mexican-Texas border as the daughter of a Spanish American and Native American.

Anzaldúa was born in Jesús María Ranch in the Rio Grande Valley of South Texas as the oldest of four siblings. Throughout her childhood, her parents, Urbano Anzaldúa and Amalia Anzaldúa García, moved their family to various ranches working as migrant farmers.

Anzaldúa worked in the fields and became aware of the Southwest and South Texas landscapes along with the existence of Spanish speakers on the margins in the United States. As a result, she began to gain awareness of social justice issues and started writing about them. After several years of working on ranches, her parents decided to relocate their family to Hargill, Texas.

In 1972, she received an M.A. in English and Education from the University of Texas at Austin. During her time in Austin, she joined politically active cultural poets and radical dramatists, such as Ricardo Sanchez and Hedwig Gorski.

After receiving her Bachelor’s in English, she started a job as a preschool and special education teacher. Around this time in the 1970s, she also taught a course at UT-Austin called “La Mujer Chicana,” which she described as a turning point for her as she felt more connected to the queer community, writing, and feminism.

She later enrolled in the University of Texas’ doctoral program for comparative literature but left the program. Soon after, she moved to California in 1977, where she supported herself as an independent scholar. 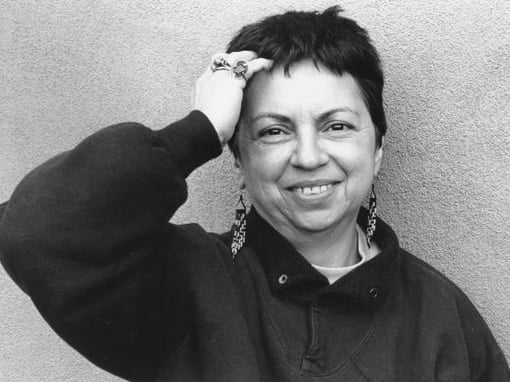 In California, Anzaldúa devoted herself completely to her writing. During this time, she was supporting herself through her writing, lectures, occasionally teaching sessions about feminism, Chicano studies, creative writing at San Francisco State University, the University of California, Santa Cruz, and more.

She continued taking part in political activism and consciousness-raising keeping in mind her main goal–to find ways to build a multicultural, inclusive feminist movement. To her dismay, she found that there were few writings by or about women of color.

Anzaldúa continued writing, teaching, and traveling to speaking events throughout the 1980s. During this time, she co-edited This Bridge Called My Back: Writing by Radical Women of Color with Cherrie Moraga, which was published in 1981 and won the Before Columbus Foundation American Book Award.

In addition, she wrote the semi-autobiographical Borderlands/La Frontera: The New Mestiza which was published in 1987. Making Face Making Soul/Haciendo Caras: Creative and Critical Perspectives by Women of Color was published in 1990 and included writings by famous feminists, such as Audre Lorde. The book includes titles such as “Still Trembles Our Rage in the Face of Racism” and “(De)Colonized Slaves”.

Anzaldúa’s writing included the theme of Nepantla, meaning “in the middle” to describe her experience as a Chicana woman. From this, she created the term “Nepantlera,” meaning a threshold of people that move among multiple conflicting worlds as they refuse to align themselves exclusively with any single individual, group, or belief system.

Spirituality was another common theme as she occasionally described herself as a  very spiritual person and stated that she had experienced four out-of-body experienced in her lifetime. She referred to her devotion to la Virgen de Guadalupe and developed concepts of spiritual activism.

Sexuality and feminism are very prominent themes in her writing. She expressed that she possessed a multi-sexuality and even stated that she felt an “intense sexuality” towards her father, animals, and trees.

Though she identifies as a lesbian in her writing, she had relationships with both men and women. She also identified as a feminist and some of her major works are associated with Chicana feminism and postcolonial feminism.

Anzaldúa’s writing brings English and Spanish together as a united language, stemming from her theory of “borderlands” identity. Her work emphasizes the connection between language and identity and expresses concern with those who give up on their native language in order to fit in with society. 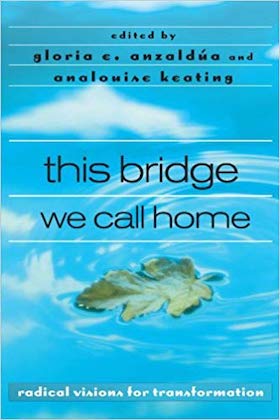 In 1986, she won the Before Columbus Foundation American Book Award for This Bridge Called My Back: Writing by Radical Women of Color.

In 1987, her work Borderlands/La Frontera: The New Mestiza was named one of the 38 best books of 1987 by Library Journal and 100 Best Books of the Century by Hungry Mind Review and Utne Reader.

In 2012, she was named by Equality Forum as one of their 31 Icons of the LGBT History Month. In 2016, she won the Independent Publisher Book Award for Anthologies in 2016 for This Bridge Called My Back: Writing by Radical Women of Color.

Around the time of her death, Anzaldúa was very close to completing her book manuscript, Light in the Dark/Luz en lo Oscuro: Rewriting Identity, Spirituality, Reality, and was planning on submitting it as her dissertation. Unfortunately, she passed away in 2004 in Santa Cruz, California due to complications from diabetes and was unable to complete it. Duke University Press posthumously published it in 2015. 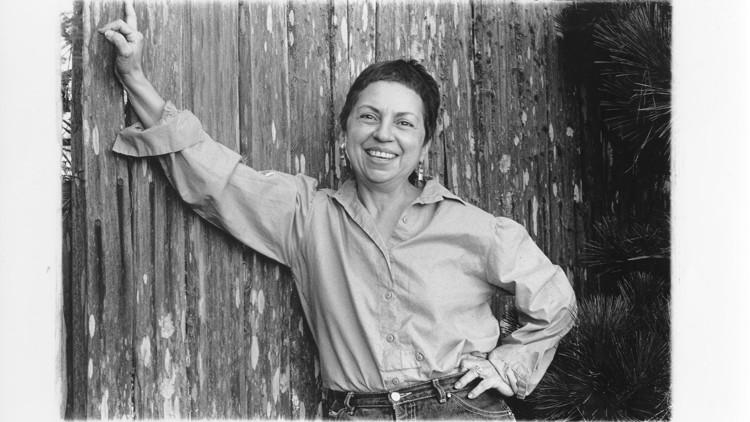