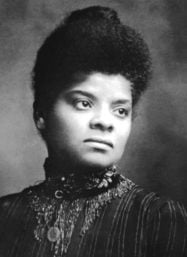 Though we focus primarily on literature here on the Literary Ladies site, journalism is certainly a writing-adjacent pursuit. The power of language to document news and social issues often affects change.

Each of these trailblazers from the past helped open new professional paths for women of all backgrounds to pursue. 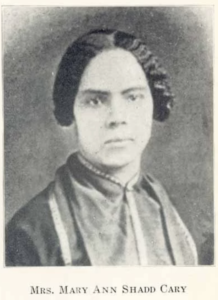 Mary Ann Shadd Cary (1823 – 1893): When the Fugitive Slave Act was passed in 1850, threatening not only to capture runaway slaves but also freeborn African Americans, Mary Ann Shadd and her brother moved to Windsor, Ontario.

There, she opened a racially integrated school and started an influential newspaper, The Provincial Freeman, making her the first Black woman publisher in all of North America, and the first woman publisher of any background in Canada.

Later in her life, after the Civil War, she moved back to the U.S. and earned a law degree, making her the second African American woman to do so. 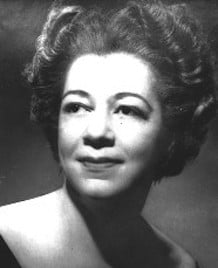 Marvel Jackson Cooke (1903 – 2000): In addition to making her mark in journalism, Cooke made significant contributions to the labor and Civil Rights movements. She started her career as an assistant to W.E.B. DuBois at the NAACP’s Crisis magazine in the 1920s.

In 1950, she was hired by The Daily Compass, to become the first African American woman reporter for a mainstream white-owned newspaper (she was also the only woman on staff at the time). Cooke started the NYC chapter of the labor union that protected the rights of newspaper journalists. 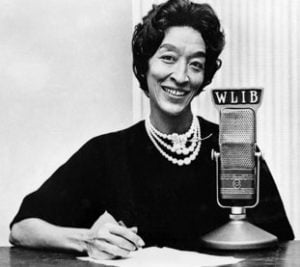 Evelyn Cunningham (1916 – 2010): For her coverage of the early Civil Rights movement a for the legendary Black newspaper, The Pittsburgh Courier, Cunningham received major awards as both a reporter and an editor. 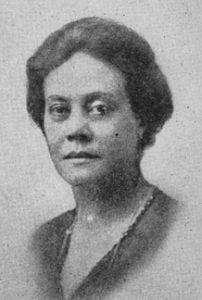 Alice Dunbar-Nelson (1875 – 1935): Equally known as a poet of the Harlem Renaissance movement and as a journalist and essayist, Dunbar Nelson wrote extensively on Civil Rights and women’s issues in the 1920s and 1930s. She was especially interested in the challenges of Black women in education and the workforce.

On a personal level, Dunbar-Nelson wrote of the hardships of growing up mixed-race in Louisiana; these essays were often rejected as “not marketable.” More about Alice Dunbar-Nelson and a selection of her poems here. 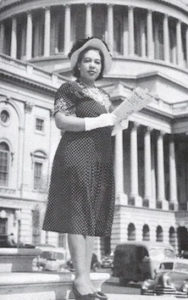 Covering Harry S. Truman’s 1948 presidential campaign was another first for a Black female journalist. While covering Jim Crow issues, Dunnigan often experienced them herself. President Eisenhower feared her tough, forthright questions at his press briefings and often  avoided calling on her. 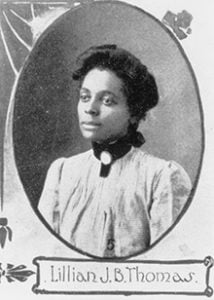 Lillian Thomas Fox (1866–1917): In the 1880s and 1890s, Fox was a prominent civic leader and journalist in Indianapolis. She wrote for the Black newspaper Indianapolis Freeman, which led to The Indianapolis News hiring her as a columnist, making her the first Black journalist for a white-owned newspaper in the state’s history.

She was a tireless advocate for public health in Indiana’s Black communities. In 2014, nearly 100 years after her death, she was inducted into the Indiana Journalism Hall of Fame. 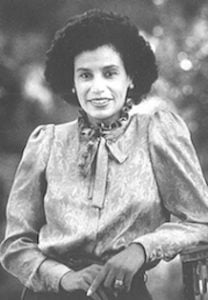 In 1983, she and her husband purchased The Oakland Tribune, making it the only Black-owned major metropolitan newspaper in the country, and bringing diversity to its newsroom. The couple also co-founded of the Maynard Institute for Journalism Education. 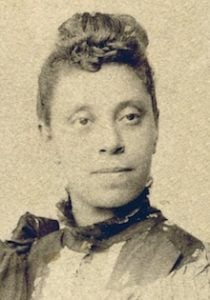 Gertrude Bustill Mossell (1855 – 1948): Coming from a family of activists and abolitionists, Mossell started her career in 1855 as the women’s editor of the legendary Black newspaper, the New York Age.

From there she went on write for the Indianapolis World. She was a staunch advocate for black newspapers, and encouraged other women, especially Black women, to enter the field of journalism. She also wrote an influential book titled The Work of Afro-American Woman (1894) to honor the contributions of Black women to various fields. 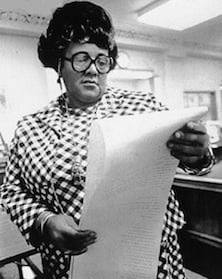 Ethel Payne (1911 – 1991): Known as the “First Lady of the Black Press,” Ethel Payne was another journalist who was in equal measure an activist. She was one of the leading chroniclers of the Civil Rights Movement of the 1950s and 1960s.

When CBS hired her in 1972, she became the first female African American commentator on a national network, covering politics both at home and abroad. She was known for asking tough questions of politicians that others didn’t dare ask. 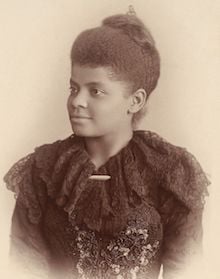 Ida B. Wells (also known as Ida B. Wells Barnett, 1862 – 1931): Journalist, feminist, editor, and sociologist Ida Wells was a leader in the early Civil Rights movement. She was best known for spearheading a national anti-lynching campaign, working tirelessly to end the uniquely American practice of public mob murders of African Americans.

Wells’s reputation only grew after her death. There have been journalistic awards established in her name, scholarships in her honor, and even a museum celebrating her legacy in Holly Springs, Mississippi, her hometown.