The Power of Her Pen: Groundbreaking Journalist Ethel L. Payne 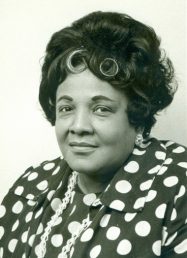 The story of Ethel L. Payne (1911 – 1991), the American journalist and correspondent, is a portrait of persistence, passion, and determination. Award-winning author Lesa Cline-Ransome has told her story in an inspiring book for younger readers. We’ll get to that after a brief introduction to Ethel Payne’s life and work.

Ethel grew up in a working-class African-American family in Chicago.  She was a diligent student and avid reader, and showed an early interest in writing.

Pursuing the dream of becoming a reporter was no small feat for a black woman of Ethel’s era. A trailblazer from the start, she set her own path, which began in Washington, D.C. during World War II and in post-war Japan. Her experiences in both places shaped her as a journalist and activist.

Later in life, she said of her storied career: “I’ve been an eyewitness to so many profound things and so many changes … I’ve had a box seat on history, and that’s a rare thing.” 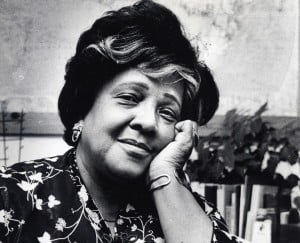 Ethel’s groundbreaking journey paralleled that of Alice Dunnigan, her contemporary and colleague. Like Alice, she was a correspondent for the Chicago Defender and worked as a White House correspondent.

And like Alice, Ethel angered president Eisenhower simply by asking direct questions about civil rights issues. Some newsmen thought that the two women competed for who could ask the toughest questions, but both were just trying to do their jobs well.

After being confronted with questions he didn’t care to answer, Eisenhower made a practice of ignoring both Ethel and Alice, looking past them to call on the mostly white, mostly male press corps. But the two women remained steadfast and true to their mission as journalists, and went on to achieve effective, award-winning careers.

“First Lady of the Black Press”

Ethel was often called the “First Lady of the Black Press” for her stance as a civil rights journalist. But the best was yet to come when CBS hired her in 1972, making her the first female African-American political commentator on a national television network.

In an interview conducted late in her life and career, Ethel Payne summed up her life’s mission: “I stick to my firm, unshakeable belief that the black press is an advocacy press, and that I, as a part of that press, can’t afford the luxury of being unbiased … when it come to issues that really affect my people, and I plead guilty, because I think that I am an instrument of change.”

The Power of Her Pen by Lesa Cline-Ransome 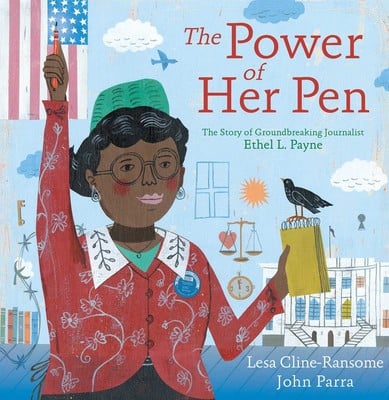 Lesa Cline-Ransome tells the story of Ethel Payne in a full-color book with lively illustrations by John Parra. Intended for young readers (though it can be enjoyed by all ages), it’s a wonderful introduction to Ethel’s life and work as one of a small group of African-American women journalists who broke through in the mid-twentieth century.

In a postscript, the author writes that pursuing journalism takes “a certain kind of grit and fearlessness.” She goes on to say that when the mainstream white press ignored stories of importance to the black community, “Ethel used her pen and her voice to report on the Montgomery Bus boycott, Rosa Parks, the plight of unwed mothers, race relations,” and more.

Through words and images, The Power of Her Pen follows Ethel through the challenges — as well as the joys — of being a bright and ambitious black female who sets her sights on journalism. What young reader with similar ambitions wouldn’t be struck by this passage:

“Ethel spend her school days daydreaming of life far beyond her neighborhood — except when she was in English class. There, her teacher, Miss Dixon, encouraged her writing. Her mother encouraged her at home. Ethel wrote during the day, and she read her stories to her family at night. The school wouldn’t let a black student work on the school newspaper, but, after reading Ethel’s writing, it did publish her very first story.”

Ethel came of age during the Great Depression, and after her father died while she was in her teens, money was tighter than ever. Determined to find a path to her dreams, she took writing classes at a local college that offered free tuition. 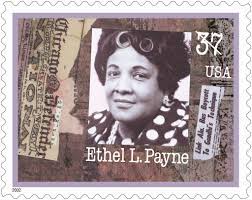 Ms. Cline-Ransome guides the reader through Ethel’s rise in reporting, from covering black troops overseas during World War II to circling back to her home city to report for The Chicago Defender. Ethel covered civil rights in the wake of the Supreme Court’s Brown v. Board of Education ruling, and was able to triumph after being snubbed by President Eisenhower.

Ethel went on to effectively question presidents Kennedy, Johnson, Nixon, and Carter on civil rights matters (and to actually receive answers). We also learn that she marched with Dr. Martin Luther King, Jr. across the Edmund Pettus Bridge in Selma, AL, to protest for voting rights.

The book sums up Ethel Payne’s legacy, and indeed, conveys the importance of journalism in presenting the truth in order to affect change, particularly, in her case, as it pertained to the lives and struggles of African Americans:

“Her reporting highlighted their struggle for justice, equal pay, housing, and education. And, in he role of informing her readers, Ethel created awareness and activism in the fight for people across the globe.”

Lesa Cline-Ransome is the author of many award-winning and critically acclaimed nonfiction books for young readers, including Game Changers: The Story of Venus and Serena Williams; My Story, My Dance: Robert Battle’s Journey to Alvin Ailey; and Before She Was Harriet. She is also the author of the novel Finding Langston, which received a Coretta Scott King Honor Award and five starred reviews. She lives in the Hudson Valley region of New York. Learn more at LesaClineRansome.com.