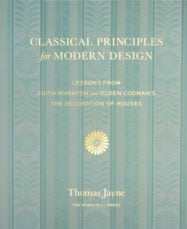 Classical Principles for Modern Design: Lessons from Edith Wharton and Ogden Codman’s The Decoration of Houses by Thomas Jayne (The Monacelli Press, 2018) shines a new light on the influence of Edith Wharton’s first published book.

To the reading public, it may be a surprise that the Pulitzer Prize-winning author co-wrote one of the most influential books on interior design. Before Edith Wharton gingerly stepped into the realm of fiction, she collaborated with architect Ogden Codman on The Decoration of Houses.

First published in 1897, Wharton and Codman overturned the era of heavy-handed Victorian home decor. Their directives called for a more streamlined, comfortable approach that didn’t drown the architecture of rooms and emphasized symmetry and balance. 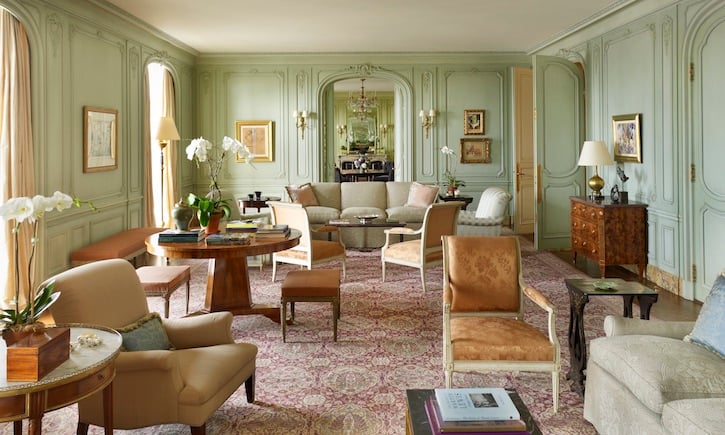 How much of Wharton and Codman’s advice and how many of their principles are still applicable today? In Classical Principles for Modern Design (The Monacelli Press, 2018), Thomas Jayne argues that Wharton and Codman’s ideas about the proportion and planning of space create the most harmonious and livable interiors, whether traditional or contemporary.

His authoritative and engaging text traces contemporary ideas about design elements and furnishing rooms back to The Decoration of Houses and shows where his design approach coincides and where it diverges from their views.

The book follows the chapter organization of The Decoration of Houses — chapters on walls, doors, windows, curtains, ceilings and floors, etc. — and adds important new perspectives on the design of kitchens and use of color, both major subjects that Wharton and Codman did not address.

Captured in lush photographs by Don Freeman and others, all speak to Thomas Jayne’s commitment to the primacy of function, quality, and simplicity, derived from the ancient tradition of classical design. As he says, “Tradition is not about what was. Tradition is now.” 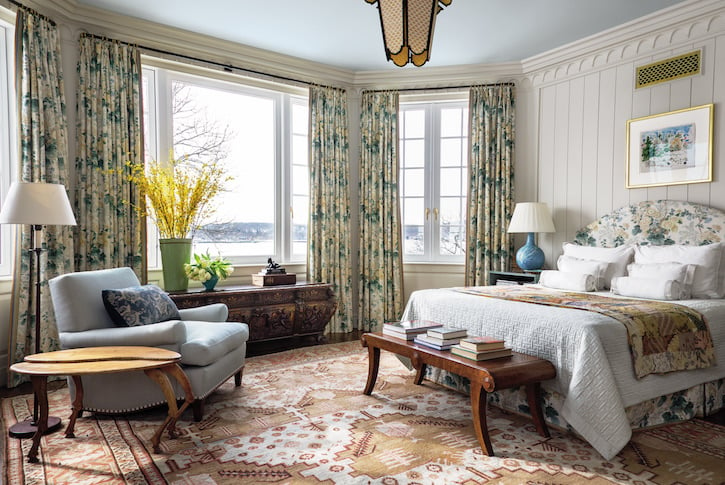 The following excerpt is from Classical Principles for Modern Design by Thomas Jayne, The Monacelli Press, 2018. Reprinted by permission of the publisher:

First published in 1897, Edith Wharton and Ogden Codman Jr.’s The Decoration of Houses is the level-headed, indispensable book on the subject, about which much has been written over the decades. It’s not an overstatement to say that it is the most important decorating book ever written — and there have been many since.

The Decoration of Houses is like scripture: it is sometimes called the Bible of interior decorating.  Like all scared texts, it bears regular reading and rereading to find its meaning. This book is my response, as a practicing decorator, to their work. 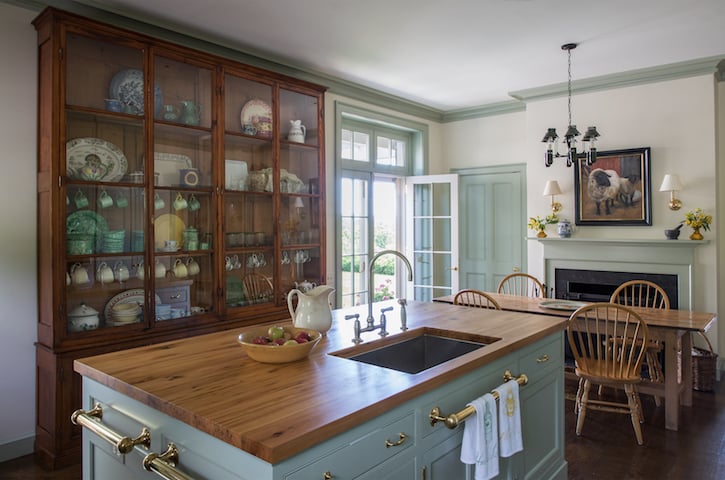 Wharton is well known to us now as a Pulitzer Prize-winning novelist who was sui generis — self-taught and educated, a true autodidact who was able to fully imagine the interior worlds of her largely upper-crust characters. It is with good reason that The House of Mirth, Ethan Frome, and The Age of Innocence are still required reading.

But when The Decoration of Houses came out, Wharton hadn’t yet written a novel, and Codman was just beginning a career as an architect. Codman is certainly the lesser known of the pair, a child of privilege and a distant cousin of Wharton.

See brought a practical, working knowledge of design to their collaboration, and interior design was really his strong suit. They first interacted professionally when he was hired to work on her house in Newport, Rhode Island. Years later, he helped her design her Berkshires home, The Mount.

… Wharton and Codman’s book is an elegantly stated argument about the primacy of function, quality, and simplicity, derived from the ancient tradition of classical  design. 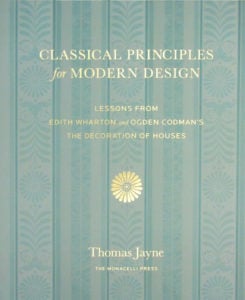 Classical Principles for Modern Design:
Lessons from Edith Wharton and Ogden Codman’s The Decoration of Houses
on Amazon
. . . . . . . . . . .

AD 100 designer Thomas Jayne is founder and principal of Jayne Design Studio. His interiors reflect his passion and wide-ranging knowledge of classical traditions and his quest to further those traditions within contemporary design.

He is the author of the highly successful The Finest Rooms in America: Fifty Influential Interiors from the Eighteenth Century to the Present and American Decoration: A Sense of Place, a monograph on the work of Jayne Design Studio (both published by The Monacelli Press).