Somber and Beautiful Quotes from Ethan Frome by Edith Wharton 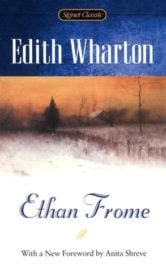 Ethan Frome (1911) by Edith Wharton is a somber tale indeed, but so beautifully told that many readers return to it again and again. An original review in the San Francisco Call from the year the book was published sketches the outline of the novella:

“Twenty years before the tale opens we learn that Ethan Frome has been crippled in a terrible accident … Ethan had his old parents to take care of and after their death he married the young woman who had helped him to nurse them … In a few years she needed assistance, so a young poor relation, Mattie Silver, came to live with them. Slowly she and Ethan fell in love. What happens next isn’t ‘happily ever after.’”

Read the rest of the review as well as Edith Wharton’s own introduction to the story. To get a sense of the gorgeous yet spare language, here’s a selection of quotes from Ethan Frome, one of Edith Wharton’s most enduring works.

“That man touch a hundred? He looks as if he was dead and in hell now!”

“He seemed a part of the mute melancholy landscape, an incarnation of its frozen woe, with all that was warm and sentient in him fast bound below the surface; but there was nothing nothing unfriendly in his silence.” 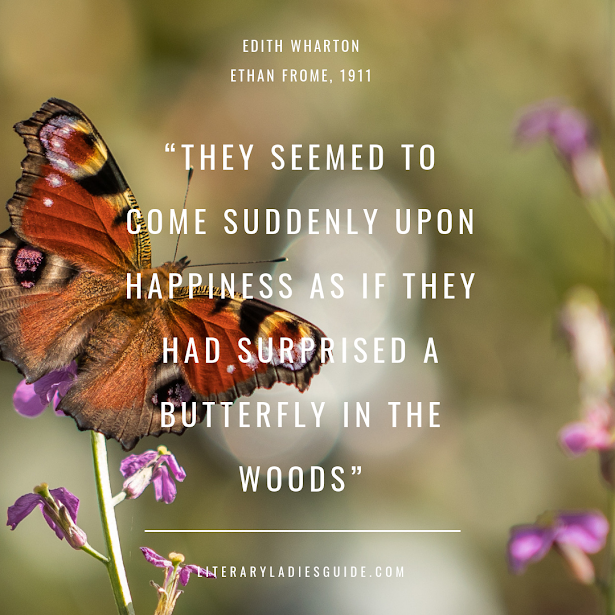 “There was in him a slumbering spark of sociability which the long Starkfield winters had not yet extinguished. By nature grave and inarticulate, he admired recklessness and gaiety in others and was warmed to the marrow by friendly human intercourse.”

“He was a poor man, the husband of a sickly woman, whom his desertion would leave alone and destitute; and even if he had had the heart to desert her he could have done so only by deceiving two kindly people who had pitied him.”

“After the funeral, when he saw her preparing to go away, he was seized with an unreasoning dread of being left alone on the farm; and before he knew what he was doing he had asked her to stay there with him. He had often thought since that it would not have happened if his mother had died in spring instead of winter…” (Ethan musing on how he got caught up with Zeena, a woman he didn’t love)

“She had an eye to see and an ear to hear: he could show her things and tell her things, and taste the bliss of feeling.”

“They seemed to come suddenly upon happiness as if they had surprised a butterfly in the winter woods.”

“Ethan’s love of nature did not take the form of a taste for agriculture.”

“It pleased Ethan to have surprised a pair of lovers on the spot where he and Mattie had stood with such a thirst for each other in their hearts; but he felt a pang at the thought that these two need not hide their happiness.”

“If she’d ha’ died, Ethan might ha’ lived; and the way they are now, I don’t see’s there’s much difference between the Fromes up at the farm and the Fromes down in the graveyard; ‘cept that down there they’re all quiet, and the women have got to hold their tongues.” 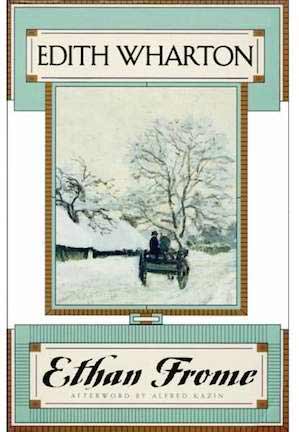 “Against the dark background of the kitchen she [Zeena] stood up tall and angular, one hand drawing a quilted counterpane to her flat breast, while the other held a lamp. The light, on a level with her chin, drew out of the darkness her puckered throat and the projecting wrist of the hand that clutched the quilt, and deepened fantastically the hollows and prominences of her high-boned face under its rings of crimping-pins.

To Ethan, still in the rosy haze of his hour with Mattie, the sight came with the intense precision of the last dream before waking. He felt as if he had never before known what his wife looked like.”

“The sudden heat of his tone made her color mount again, not with a rush, but gradually, delicately, like the reflection of a thought stealing slowly across her heart.”

“It was a long time since any one had spoken to him as kindly as Mrs Hale. Most people were either indifferent to his troubles, or disposed to think it natural that a young fellow of his age should have carried without repining the burden of three crippled lives. But Mrs Hale had said ‘You’ve had an awful mean time, Ethan Frome,’ and he felt less alone with his misery.”

“Ethan looked at her with loathing. She was no longer the listless creature who had lived at his side in a state of sullen self-absorption, but a mysterious alien presence, an evil energy secreted from the long years of silent brooding.”

“They had never before avowed their inclination so openly, and Ethan, for a moment, had the illusion that he was a free man, wooing the girl he meant to marry. He looked at her hair and longed to touch it again, and to tell her that is smelt of the woods; but he had never learned to say such things.”

“The inexorable facts closed in on him like prison-warders handcuffing a convict. There was no way out – none. He was a prisoner for life, and now his one ray of light was to be extinguished.” 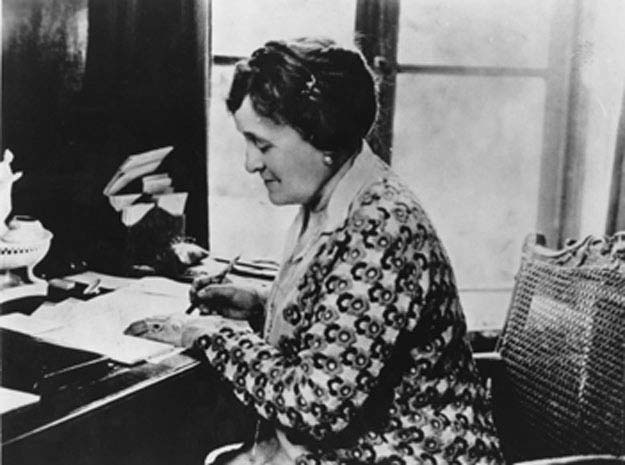 “They stood together in the gloom of the spruces, an empty world glimmering about them wide and gray under the stars.”

“The return to reality was as painful as the return to consciousness after taking an anesthetic.”

“She had taken everything else from him, and now she meant to take the one thing that made up for it all.”