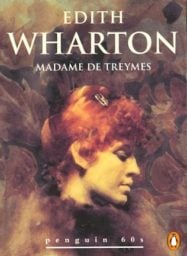 Madame de Treymes (1907) is one of Wharton’s most polished and subtle pieces, story of cold blooded moral blackmail. This scene is Paris, where a young woman, wedded to a Frenchman of noble birth but deplorable character, is trying to obtain a divorce so that she can marry a compatriot who has loved her faithfully for many years.

The Touchstone (1900) is a story of guilt, the guilt of the man whose happy marriage was made possible by the sale — after her death — of love letters written to him by celebrated woman for whom he had not really cared.

With the spectacular success of the published letters, the realization of this shabby action mounts, raising a barrier between him and his wife until his misery forces him to risk his whole future by confession. 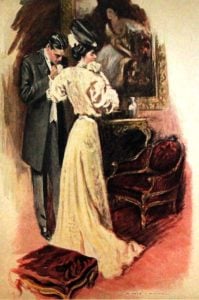 Sanctuary (1903) describes the emotions of a woman of complete integrity as she watches the struggles against strong moral temptation of the two men to whom she is deeply devoted — one is the man she is to marry; the other, many years later, is their son. The setting here and in The Touchstone is the New York world of which the author was herself a part.

Bunner Sisters (1916), perhaps the most truly touching of all of Edith Wharton’s stories, portrays a very different New York, and unfashionable section where two sisters keep a small notions shop and take in sewing, barely making both ends meet. The high point of their drab lives is the younger sister’s marriage.

After her departure the elder struggles on alone until they are briefly reunited. The tragedy of ordinary people facing poverty, illness, and death has never been more poignantly depicted. 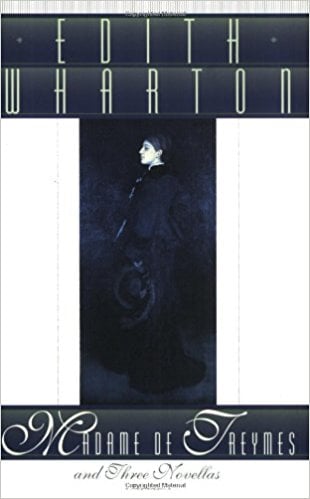 *These are Amazon Affiliate and Bookshop Affiliate links. If the product is purchased by linking through, Literary Ladies Guide receives a modest commission, which helps maintain our site and helps it to continue growing!