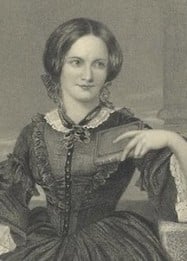 It seems only fair that Charlotte Brontë, author of the beloved novel Jane Eyre (and others), which seems subject to continued film adaptations and which will be in print for time immemorial, should have her say. I’m thrilled to say that I’ve conducted an interview with Charlotte Brontë; that she’s been dead since 1855 is a mere technicality.

Truthfully, her first-person narratives provide incisive answers, needing only someone (that would be me) to ask hypothetical, yet pertinent questions:

How did you and your sisters first set about to get published?

Charlotte Brontë: We had very early cherished the dream of one day becoming authors. This dream, never relinquished even when distance divided and absorbing tasks occupied us, now suddenly acquired strength and consistency: it took the character of a resolve.

We agreed to arrange a small section of our poems, and, if possible, get them printed. The book was printed: it is scarcely known…* Ill-success failed to crush us: the mere effort to succeed had given a wonderful zest to existence; it must be pursued.

We each set to work on a prose tale: Ellis Bell [Emily Brontë] produced Wuthering Heights, Acton Bell [Anne Brontë], Agnes Grey, and Currer Bell [Charlotte herself] also wrote a narrative in one volume. These manuscripts were perseveringly obtruded upon various publishers for the space of a year and a half; usually, their fate was an ignominious and abrupt dismissal.

* The Poems of Ellis, Acton, and Currer Bell was published and advertised at the sisters’ own expense and sold only two copies.

Why did you and your sisters assume masculine pen names?

Charlotte Brontë: Averse to personal publicity, we veiled our own names under those of Currer, Ellis, and Acton Bell … we did not like to declare ourselves women, because— without at the time suspecting that our mode of writing and thinking was not what is called “feminine”—we had a vague impression that authoresses are liable to be looked on with prejudice; we had noticed how critics sometimes use for their chastisement the weapon of personality, and for their reward, flattery, which is not true praise.

How did the last rejection of The Professor lead to the publication of Jane Eyre?

It [the letter from the publisher] declined, indeed, to publish the tale [The Professor], for business reasons, but it discussed its merits and demerits so courteously, so considerately, in a spirit so rational, with a discrimination so enlightened, that this very refusal cheered the author better than a vulgarly-expressed acceptance would have done. It was added, that a work in three volumes would meet with careful attention.

I was just completing Jane Eyre, at which I had been working while the one volume tale was plodding its weary round in London: in three weeks I sent it off; friendly and skillful hands took it in. This was in the commencement of September 1847; it came out before the close of October following …

How did you react to the criticism of Jane Eyre?

Charlotte Brontë:  Jane Eyre is a woman’s autobiography, by a woman it is professedly written. If it is written as no woman would write, condemn it with spirit and decision—say it is bad, but do not eulogise and then detract. I am reminded of The Economist. The literary critic of that paper praised the book if written by a man, and pronounced it ‘odious’ if the work of a woman.

To such critics I would say, ‘To you I am neither man nor woman—I come before you as an author only. It is the sole standard by which you have a right to judge me—the sole ground on which I accept your judgment.’ 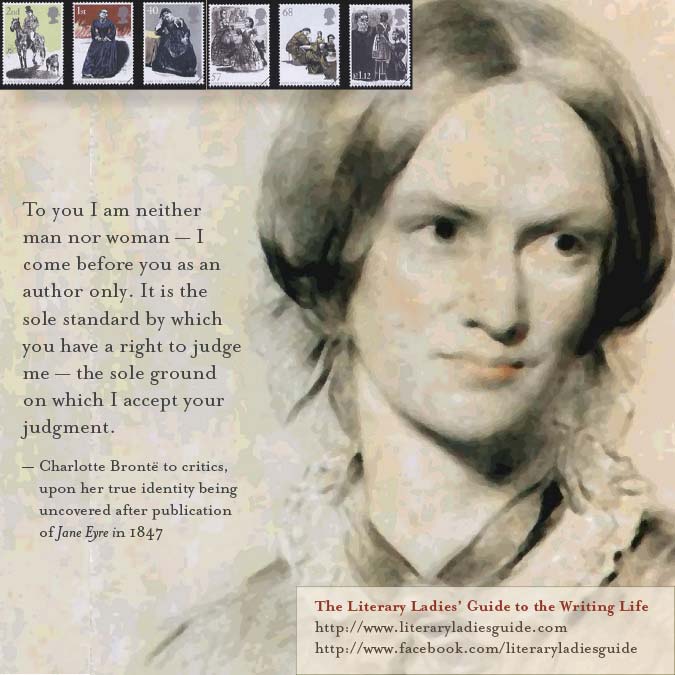 What compels you, despite the obstacles, to continue writing?

Charlotte Brontë: I’m just going to write because I cannot help it.

You weren’t a fan of Jane Austen’s work. Why is that?

Charlotte Brontë: Why do you like Miss Austen so very much? … I got the book. And what did I find? An accurate, daguerrotyped portrait of a commonplace face: a carefully fenced, highly cultivated garden, with neat borders and delicate flowers: but no glance of a bright, vivid physiognomy, no open country, no fresh air, no blue hill, no bonny beck. I should hardly like to live with her ladies and gentlemen, in their elegant but confined houses.

Charlotte Brontë’s answers have been gleaned verbatim from an autobiographical essay she wrote in 1850, as well as letters written between 1847 and 1850. If you enjoyed this, you may enjoy another “interview” with Charlotte with witty spoof responses.