Quotes by Charlotte Brontë on Her Writing Life 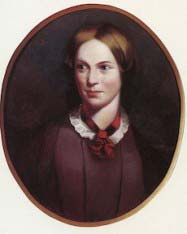 The story of Charlotte Brontë‘s (1816 – 1855) writing life  is one of sheer genius meeting tireless determination. She and her brilliant sisters Emily Brontë and Anne Brontë took masculine pseudonyms to improve their chances of finding publishers.

You can read more about the challenges and prejudices they faced in their pursuits in The Brontë’s Sisters Path To Publication. Here’s a sampling of passages and quotes by Charlotte Brontë on the writing life, starting with a query letter — yes, even she was compelled to write them:

“It is evident that unknown authors have great difficulties to contend with, before they can succeed in bringing their works before the public. Can you give me any hint as to the way in which these difficulties are best met?

For instance, in the present case, where a work of fiction is in question, in what form would a publisher be most likely to accept the MS., whether offered as a work of three vols., or as tales which might be published in numbers, or as contributions to a periodical?

What publishers would be most likely to receive favourably a proposal of this nature? … Would it suffice to write to a publisher on the subject, or would it be necessary to have recourse to a personal interview?” (from a letter to prospective publishers, 1846)

Six rejections for The Professor

“My work (a tale in one volume) being completed [here, she is referring to The Professor], I offered it to a publisher. He said it was original, faithful in nature, but he did not feel warranted in accepting it; such a work would not sell.

I tried six publishers in succession; they all told me it was deficient in “startling incident” and “thrilling excitement,” that it would never suit the circulating libraries, and as it was on those libraries the success of works of fiction mainly depended, they could not undertake to publish what would be overlooked there. Jane Eyre was rather objected to at first, on the same grounds, but finally found acceptance.” (from a letter to G.H. Lewes, 1847)

What will the critics see in Jane Eyre?

“What will the critics of the monthly reviews and magazines be likely to see in Jane Eyre (if indeed they deign to read it), which will win from them even a stinted modicum of approbation? It has no learning, no research, it discusses no subject of public interest. A mere domestic novel will, I fear, seem trivial to men of large views and solid attachments.” (from a letter to her editor, W.S. Williams, October 1847)

“I come before you as an author only”

“To value praise or stand in awe of blame we must respect the source whence the praise and blame proceed, and I do not respect an inconsistent critic.

He says, ‘If Jane Eyre be the production of a woman, she must be a woman unsexed.’ In that case the book is an unredeemed error and should be unreservedly condemned. Jane Eyre is a woman’s biography, by a woman it is professedly written. If it is written as no woman would write, condemn it with spirit and decision — say it is bad, but do not eulogise and then detract.

I am reminded of The Economist. The literary critic of that paper praised the book if written by a man, and pronounced it ‘odious’ if the work of a woman. To such critics I would say, ‘To you I am neither man nor woman — I come before you as an author only. It is the sole standard by which you have a right to judge me — the sole ground on which I accept your judgement.’” (— from a letter to her editor, W.S. Williams, August 1849)

Not enough confidence for a second work

“Of course a second work has occupied my thoughts much. I think it would be premature in me to undertake a serial now — I am not yet qualified for the task:

I have neither gained a sufficiently firm footing with the public nor do I possess sufficient confidence in myself, nor can I boast those unflagging animal spirits, that even command of the faculty of composition, which as you say, and I am persuaded, most justly, is an indispensable requisite to success in serial literature. I decidedly feel that ere I change my ground I had better make another venture in the three volume novel form.” (from a letter to her publisher, 1847)

The role of imagination

“Is not the real experience of each individual very limited? And, if a writer dwells upon that solely or principally, is he not in danger of repeating himself, and also becoming an egotist? Then, too, imagination is a strong, restless faculty, which claims to be heard and exercised: are we to be quite deaf to her cry, and insensate to her struggles?…” (from a letter to G.H Lewes, 1848)

Once it leaves her hands, a work is impossible to alter

“I can work indefatigably at the correction of a work before it leaves my hands, but when once I have looked on it as completed and submitted to the inspection of others, it becomes next to impossible to alter or amend. With the heavy suspicion on my mind that all may not be right, I yet feel forced to put up with the inevitably wrong.” (from a letter to her editor, W.S. Williams, 1849)

At a disadvantage in creating male characters

“Thank you for your remarks on Shirley. Some of your strictures tally with some by Mr. Williams. You both complain of the want of distinctess and impressiveness in my heroes.

Probably you are right. In delineating male characters I labour under disadvantages: intuition and theory will not always adequately supply the place of observation and experience. When I write about women I am sure of my ground — in the other case, I am not so sure.” (from a letter to J. Taylor, 1849) 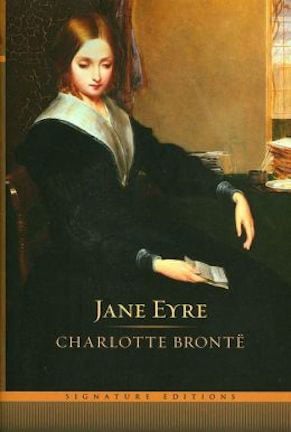 A few random thoughts on writing …

“Far rather would I never publish more, than publish anything inferior to my first effort.”

“I try to avoid looking forward or backward, and try to keep looking upward.”

“I’m just going to write because I cannot help it.”