Villette by Charlotte Brontë — a Portrait of a Woman in Shadow 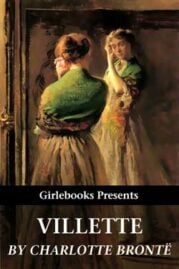 My first impression of Villette by Charlotte Brontë (1853) was the familiarity of the writing — if I had no inclination of the author or book title, but merely “read it blind,” I think I would still know it was Charlotte Brontë. Even though I had never read it before, the style was so familiar because it was so apparently Charlotte.

Because I had read Lyndall Gordon’s amazing biography of Charlotte beforehand, I felt prepared for Villette. I read it with an eye for what it said about Charlotte — her life, her experiences, her opinions — and I think this colored my experience of it. Ultimately, it is a book in which the plot is only secondary.

Lucy Snowe: A woman of storm and shadow

Character reigns supreme over the novel — that of the narrator, Lucy Snowe, as well as those around her. The focus of the book lies primarily with the development of Lucy’s character. Lucy Snowe is a woman of storm and shadow — the first she denies and stifles within herself, the other she uses to hide and protect herself from what she does not want to face.

The metaphors of storms and shadows occur over and over throughout the narrative, reflecting Lucy’s inner world as it describes the outer setting. The stormy nights are the ones in which new discoveries are made, new secrets come to light, and when she must internally struggle with herself and her life’s path.

And the shadows? When I think of what exactly a shadow is, I see how well it fits with Lucy. A shadow is not distinct or clear, it can be altered, it is not a true representation of the real object, and (perhaps most importantly here), it can be interpreted in a myriad of ways. 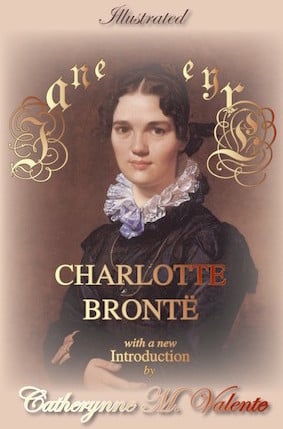 An inner self hidden in the shadows

Figuratively, Lucy hides herself in the shadows, content to stay hidden and keep her true, inner self from others and even partly from herself. She does not even truly open herself to us, her readers.

Unlike Jane Eyre, she is more cautious and reserved, less open about details. She does not reveal everything to us, leaving parts of the story unexplained and hidden from view.

In the story itself Lucy is often invisible, her friends and acquaintances taking center stage while she quietly observes and narrates from the sidelines. She tends to disappear beneath the lives of those around her, unobserved and content to be so. In fact, whole chapters often go by where she hardly makes an entrance.

She also hides in plain sight from each of her friends and acquaintances. Each one sees her differently, interpreting her by a different light, for they see her as she wishes to be seen by them. Therefore, she is never truly seen because she is not seen as she is. She becomes insubstantial, a mere image of herself, as a shadow is only a representation of reality.

I did wonder, how much of this is true of us? Don’t we change our demeanor and personalities based on those we are interacting with; aren’t we different around different people? If that is the case, then when are we truly ourselves? Is it with those we are only the closest to or are our true selves an amalgamation of the various parts we present to others?

A struggle to balance reason and passion

Lyndall Gordon stated that Charlotte’s novels all represent Charlotte’s struggle to balance Reason and Passion, while not becoming overcome by either. After reading that, I saw how true it was in Jane Eyre and I watched for it in Villette. Sure enough, it was there.

Lucy Snowe’s story is affected and altered by the fact that she fights against her nature and her passionate inclinations. This too ties into her desire to stay hidden in shadow. Desperately she tries to stifle the part of herself that yearns for more, focusing on the necessity of “knocking on the head” her longings and desires.

When she starts to feel a passion for Dr. John, she figuratively buries those feelings and their potential by literally burying his letters beneath the earth. Lucy is content to stay in the shadows because she feels safer there- not safe from the threat of others, but safe from herself.

She fears the deeper parts within herself, which I think is one of the most tragic aspects of the book, for it alters her life and the person she becomes. 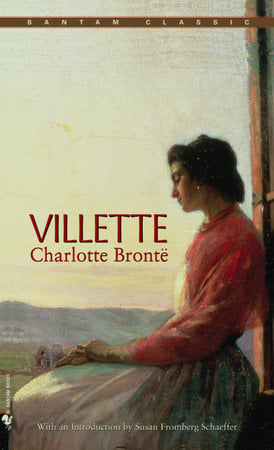 Is Charlotte demonstrating herself to readers through Lucy?

In Lucy, I think Charlotte is trying to demonstrate to herself, as well as to her readers, the danger of letting logic and reason possess you fully; perhaps this was also Charlotte’s way of reminding herself that it is necessary to let passion and desire in, despite the fears.

I think readers today can still identify with this struggle — of trying to understand ourselves, of wrestling with our natures, of trying to be something we are not. I know that I often fight against who I am, both the negative and the positive, and struggle with the desire to be someone else, that elusive “other” I think I should be.

Both Villette and Jane Eyre resonate with me because I am still defining myself and finding my place in the world, just as Charlotte was and just as her heroines strive to do.

As Villette (and Jane Eyre) demonstrates, the process does not require one to have all of the answers or the perfect life plan. Instead, it involves using each experience — with all of its uncertainty and risk- to discover and lay bare what is hidden within me.

To not hide from who I am, but to allow it into the light. To be open to the potential of new discoveries, and embracing — not hiding from — the fear and trepidation that accompanies each revelation. To be strong enough to recognize and embrace who I am, without denying what I am and what I feel.

With Villette, Charlotte’s works continue to exert a powerful force of brilliant insight, demonstrating just how timeless her works really are. Jane Eyre will always remain my favorite, but I am more pleased than I expected with the experience I had in Villette, and am more of a Brontë fan than ever before.

More about Villette by Charlotte Brontë