14 Women Who Won the Nobel Prize in Literature 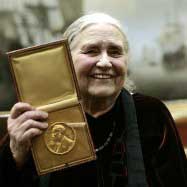 The Nobel Prize in Literature has arguably become the most prestigious literary prize, awarded annually since 1901. It is given to an author from any country who, in the words of Swedish industrialist Alfred Nobel, created “in the field of literature the most outstanding work in an ideal direction.” Here, we’ll pay tribute to the women who won the Nobel Prize in Literature in chronological order starting from the most recent.

The Nobel Prize has been awarded to 853 men and only 51 women in all fields combined since its inception in 1895, 14 of whom achieved this honor in literature. Above right, Doris Lessing receiving her award in 2007.

The Swedish Academy decides who will receive the prize and announces the name of the laureate in early October. Authors can be awarded for individual works but the award recognizes and praises the talented author’s body of work as a whole. 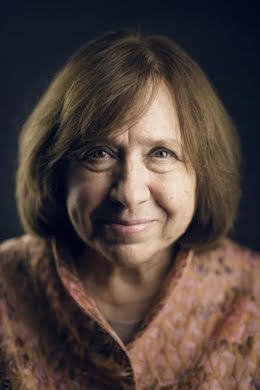 Svetlana Alexandrovna Alexievich is an investigative journalist, essayist, and oral historian. She was born in 1948 in Ukraine and grew up in Belarus, where both of her parents were teachers. Her criticism of the political regimes in the Soviet Union forced her to live in other countries, including Germany, Italy, France, and Sweden.

Her work describes life after the Soviet Union through the eyes of individuals. She conducted numerous interviews in order to collect a wide range of voices. She was given the award “for her polyphonic writings, a monument to suffering and courage in our time.” She was also awarded the Order of the Badge of Honour, the Peace Prize of the German Book Trade, and Prix Medicis.

Best known work: Secondhand Time: The Last of the Soviets, 2013 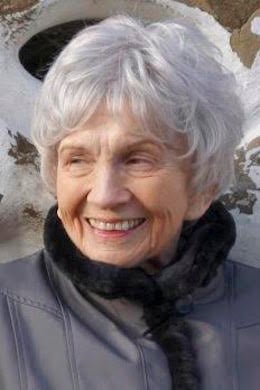 Alice Munro was born in Wingham, Canada in 1931. She started writing as a teenager and since the late 1960s has dedicated herself to the craft, especially the short story genre. Canada is often the backdrop for her stories.

The underlying themes she explores include relationship problems and moral conflicts. There’s also a reoccurring theme of the connection between memory and reality, which she uses to create tension within her stories.

Munro won the Nobel Prize in Literature in recognition of her stature the “master of the contemporary short story.” In addition, she has also been awarded the Giller Prize, the Man Booker International Prize, and more. 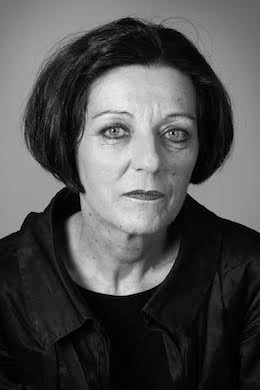 Born in 1953 in Nitzkydorf, Banat, Romania, Herta Müller was part of Romania’s small German-speaking population. Her vulnerable position during the communist regime affected her life and was portrayed in her writing.

Her literary works focus on her experiences as one of the few German speakers in Romania, and tells her story about life under Ceausescu’s regime. She evokes images from her past as well as the terror and isolation from these events that have traumatized her and stayed in her mind. Muller’s Nobel Prize cited her as one “who, with the concentration of poetry and the frankness of prose, depicts the landscape of the dispossessed.” 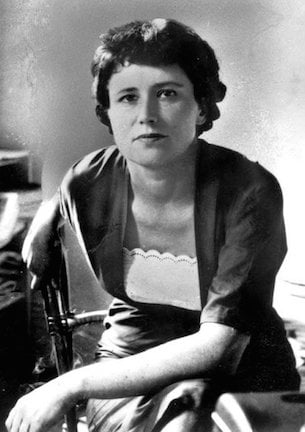 Doris Lessing was born in 1919 in Kermanshah, Persia (now Iran). Though she stopped attending school at the age of fourteen, she early on became a journalist and published a few short stories. After moving to London in 1949, she was involved in political and social issues and was part of the campaign against nuclear weapons.

Her work focused on behavioral patterns and historical developments of the twentieth century, and was an early adopter of the feminist novel. She also created a notable series of science fiction. The Academy described her work as “the epicist of the female experience, who with scepticism, fire and visionary power has subjected a divided civilization to scrutiny.” She died in 2013 in London, United Kingdom. 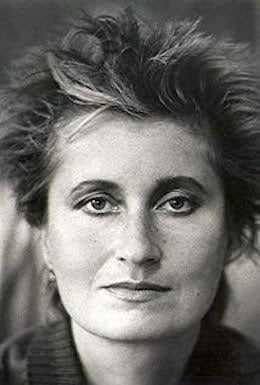 Playwright and novelist Elfriede Jelinek was born in 1946 in Mürzzusihlag, Austria. Her works, including The Piano Teacher and Lust, are characterized by their satirical sharpness. She developed a reputation as a harsh critic of modern consumer society, and explored issues including sexism, sadism, and submission. Her  work dug into language as a way to uncover hidden ideologies.

Jelinek was awarded the prize “for her musical flow of voices and counter-voices in novels and plays that with extraordinary linguistic zeal reveal the absurdity of society’s cliches and their subjecting power.” In addition, she was also awarded the George Buchner Prize, the Franz Kafka Prize, and the Heinrich Heine Prize. 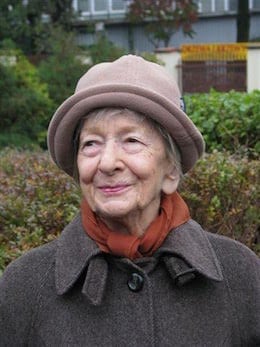 Born in 1923, Maria Wislawa Anna Szymborska was well known in Poland for her poetic style, characterized by wit, irony, and deceptive simplicity. She often focused on domestic details and occasions. During her lifetime, she wrote over fifteen books of poetry and was described by the Nobel committee as the “Mozart of poetry.”

Upon receiving the award, the Academy praised her “poetry that with ironic precision allows the historical and biological context to come to light in fragments of human reality.” Along with the Nobel Prize in Literature, she also received the Polish PEN Club Prize, the Goethe Prize, and the Herder Prize. She passed away in Poland on 2012. 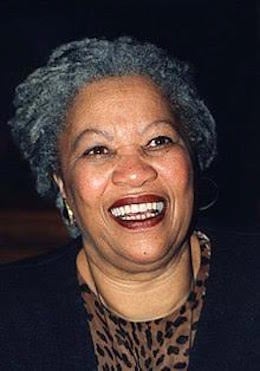 Toni Morrison was born Chloe Anthony Wofford in 1931, in Lorain, Ohio. Growing up, she developed a deep love and appreciation for black culture. Her works explore the African-American experience through vivid stories of individual lives. She created unique and vivid insight into her characters, so that readers might gain greater empathy for their hardships. 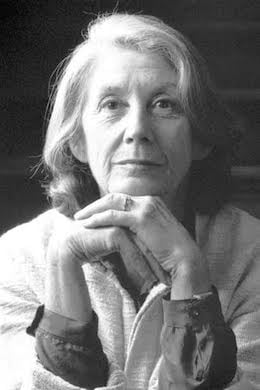 Nadine Gordimer was born in South Africa in 1923. Best known as a short story writer, she focused on apartheid and the racial issues tearing apart her native country. Her stories detailed how the apartheid affected individual lives of South Africans. They also dealt with personal isolation and the commitment to social justice.

Later on, though not a scholar per se, Gordimer lectured and taught at numerous schools throughout the 1960s and 1970s. She went on to publish several novels, including The Conservationist (1974) and Burger’s Daughter (1979).  Her prize motivation was “who through her magnificent epic writing has — in the words of Alfred Nobel — been of very great benefit to humanity.” She died in South Africa in 2014. 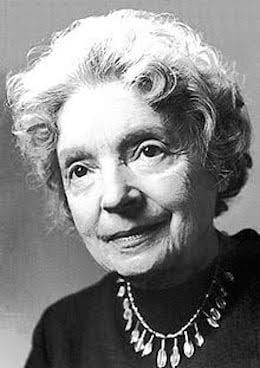 Nelly Sachs was born in 1891 in Berlin, Germany. She was subjected to Nazi persecution and left with deep scars. This horrific era later became the basis for her writing as she described the trauma Jews endured through Nazi persecution. She was awarded the Nobel Prize in literature in 1966 with Israeli author, Shmuel Yosef Agnon.

While she acknowledged Agnon for representing Israel, she said “I represent the tragedy of the Jewish people.” In fact, she won the prize “for her outstanding lyrical and dramatic writing, which interprets Israel’s destiny with touching strength.” She died in 1970 in Stockholm, Sweden.

Best known work: Eli: A Mystery Play of the Sufferings of Israel, 1943 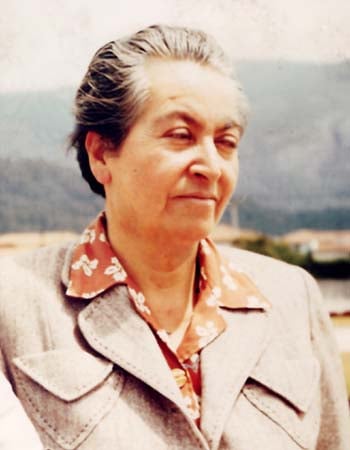 Lucila Godoy Alcayaga was born in 1889 in Vicuna, Chile. The Chilean poet later known as Gabriela Mistral was the first Latin American woman to have won the Nobel prize. The death of an early lover left her deeply distraught, and she used poetry to express her grief. The result was Sonetos de la muerte, three of which were published and earned her a national prize for poetry in 1914.

She was awarded the Nobel “for her lyric poetry which, inspired by powerful emotions, has made her name a symbol of the idealistic aspirations of the entire Latin American world.” She was also given the title “Teacher of the Nation” in 1923 by her own government. She passed away in Hempstead, New York, in 1957. 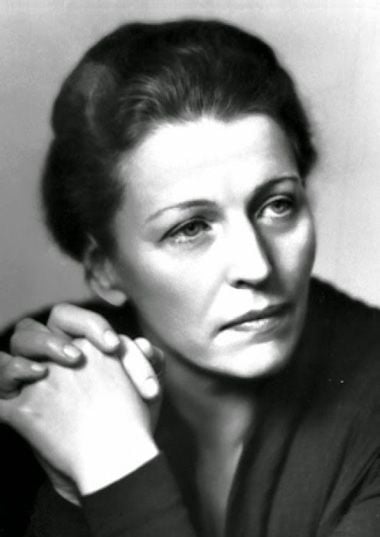 Pearl S. Buck was born in Hillsboro, West Virginia in 1892. She spent much of her childhood in China, which is the setting of many of her works. Her second novel that set the tone for her literary legacy, The Good Earth, received the Pulitzer Prize and Howells Medal in 1932. Today, it remains her best-known work and is a staple of high school English curricula.

She was awarded the Nobel Prize in Literature “for her rich and truly epic descriptions of peasant life in China and for her biographical masterpieces.” Always prolific, she wrote more than seventy books and numerous articles and essays that were published in many well-known magazines. She died 1973 in Danby, Vermont. 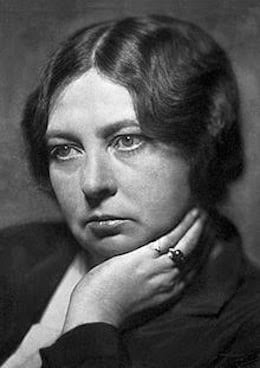 Sigrid Undset was born in Denmark in 1882. The Norwegian author wrote novels, short stories, and essays. At first, her writing focused on strong women who were struggling to be liberated. This changed after her father, an archeologist, inspired her to write about the Middle Ages.

With the use of historical knowledge, deep psychological insight, great imagination, and powerful language, Undset was able to bring communities and individuals to life. She was awarded the Nobel Prize in Literature in 1928 “principally for her powerful descriptions of Northern life during the Middle Ages.” She died in 1949 in Norway. 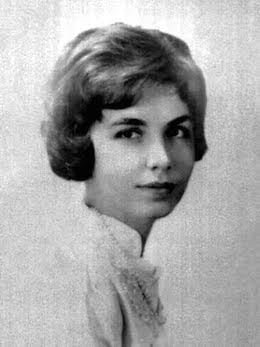 Grazia Maria Cosima Damiana Deledda (commonly known as Grazia Deledda) was born in Nuoro, Italy in 1871. The Italian writer focused most of her writing on the people of her birthplace, Sardinia. Deledda explored universal motifs of love, pain, and death. Many of her characters were social outcasts struggling with isolation. As her childhood was shaped by old traditions and deep historical roots, she developed a strong belief in destiny.

Recurring themes including moral dilemmas, uncontrollable forces, and human weakness can also be seen in her writing. Deledda became the first Italian writer to receive the Nobel Prize in Literature 1926 and was awarded “for her idealistically inspired writings which with plastic clarity picture the life on her native island and with depth and sympathy deal with human problems in general.” She died in 1936 in Rome, Italy. 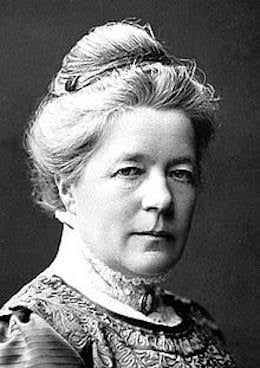 Selma Ottilia Lovisa Lagerlöf, born in 1858 in Marbacka, Sweden, was the first woman to win the Nobel Prize in Literature. Though she started writing poetry as a child, she didn’t publish anything until 1891 after winning a literary competition.

Following the publication of several small works, she published Jerusalem in 1902. It was intended to be a primer for elementary schools but actually became one of the most delightful children’s books in any language. She was awarded the prize in 1909 “in appreciation of the lofty idealism, vivid imagination and spiritual perception that characterize her writings.” She died in 1940 in her home town of Marbacka, Sweden.