The Golden Notebook by Doris Lessing (1962) 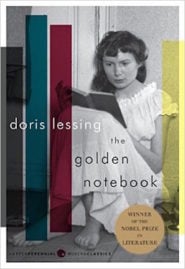 From the original review of The Golden Notebook in the Tucson Daily Citizen by John Barkham, June 1962:  Doris Lessing has long impressed as an underrated novelist. Her stories of southern Africa, The Grass is Singing, and of lower-class English life in Five, combine form with expression in a manner perfectly suited to the respective environments.

The Golden Notebook is far and away her most ambitious work to date — a long and complex novel which draws on all the talents and insights of this gifted woman.

It is no ordinary work of fiction, either in manner or matter. The publisher compares its heroine, Anna, with the “new woman” of Ibsen and Shaw. This is going further than I would, but unquestionably The Golden Notebook is going to be debated and analyzed by students of the novel for a long time to come.

Its structure, for one thing, is a technical tour de force. Miss Lessing’s Anna, herself a writer and presumably a partly autobiographical figure, keeps four notebooks with covers of different colors.

In the black one she writes about her African experiences, in the red about her dalliance with Communism, in the yellow she writes a novel in which she is her own heroine, in the blue she keeps a personal diary. 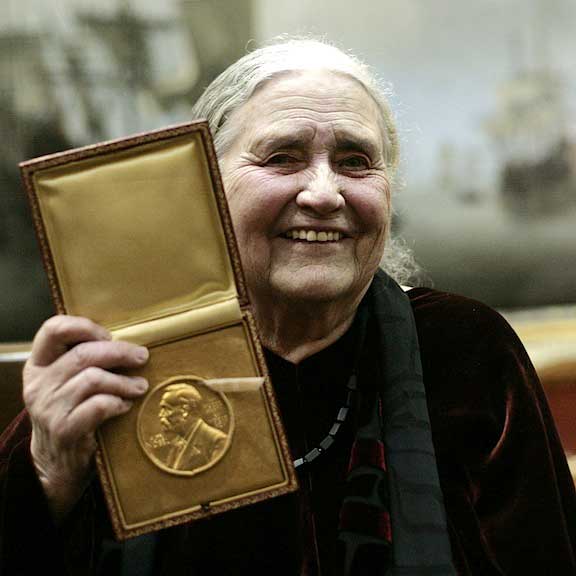 The author becoming her own heroine

The author is, in effect, attempting to be her own heroine and at the same time to stand off and take and objective look at herself.

It is her intention to integrate the threads of all four notebooks in a golden one and the novel we have before us is presumably that meeting at the summit. The author has made a valiant effort to grapple with her immense skeleton, even using different styles and moods for each.

The contrasts are vivid — the direct wordplay of the black notebook (largely concerned with a novel she wrote of Rhodesian life and the film it was made into), the brooding introspection of the red book, the airy fantasies of the yellow book, and so on.

Conversations between Anna and Molly

Each introductory section to each notebook focuses on Anna’s conversations with her friend, Molly, and their involvement with their respective families. These third-person exchanges are recorded in a flat, unemotional tone, almost like the dialogue of a play. It is here than the author takes a dispassionate look at her Anna.

The technique is brilliant, and in itself places Doris Lessing in the forefront of British women novelists. The Golden Notebook is really a chronicle of disenchantment and failure.

Anna and Molly see themselves as “free women” trying to live their lives with the freedom of men. Each has shed a man after bearing a child, and each now takes or leaves men as fancy dictates.

For both, the Communist Party serves as substitute for a time, until its errors and stupidities disgust them. Anna finds she cannot write any more; Molly that she cannot rid herself of family responsibilities.

Her son blinds himself in an attempt at suicide. In the end both “free women” return to the milieux they previously scorned — Molly to another suburban marriage, Anna to a job and part-time work for the Labour Party.

Despite its depth and brilliance, the novel left me vaguely dissatisfied. Miss Lessing has an unorthodox structure, but she has attempted to cram too much into it. The parts do not all hang together. In other hands the contents of the red, black, yellow, and blue notebooks might have been put into a golden notebook in the first place, with a more unifying outcome.

Moreover, so bold a work should not have been allowed to end in so feeble a whimper. Miss Lessing might do worse than read Simone de Beauvoir’s Prime of Life and observe how her French equivalent handled a similar situation.

More about The Golden Notebook