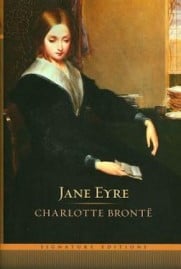 Many of us love classic books, so I thought it would be fascinating to discover a few contemporary writers’ favorite classic books by women authors. Leslie Pietrzyk, Stacy Hawkins Adams, and Kathryn Reid responded with thoughtful answers as well as short biographies.

As a contributor to Literary Ladies Guide, I (Tyler Scott), weigh in as well. When we write, when we read, it’s all about enlarging our circle. This brief survey proves that literature continues to connect us in our shared human experiences.

“I grew up in Iowa, reading Laura Ingalls Wilder and any book featuring a covered wagon on the cover, so what a thrill when I discovered My Ántonia by Willa Cather as an adult. The story is dark and joyful, nostalgic and horrifying, no-nonsense and filled with a certain yearning unable to be distilled into words … only images.

As a writer, now, I admire that Cather takes a patchwork narrative and the framing device of the manuscript written by Jim — devices that could be hokey or easily botched–and confidently relies on the power of this story, of Antonia herself, to carry the book. After reading My Antonia, I couldn’t rest until I traveled to Willa Cather’s Red Cloud, Nebraska to experience this landscape for myself.”

Leslie Pietrzyk’s collection of linked stories set in DC, Admit This to No One, is forthcoming in November 2021 from Unnamed Press, the publisher of her 2018 novel Silver Girl. Her first collection of short stories, This Angel on My Chest, won the 2015 Drue Heinz Literature Prize and was published by University of Pittsburgh Press.

Her short fiction and essays have appeared in, among others, Ploughshares, Story Magazine, The Hudson Review, Southern Review, The Gettysburg Review, The Sun, and The Washington Post Magazine. Awards include a Pushcart Prize in 2020. Her twitter is @lesliepwriter. 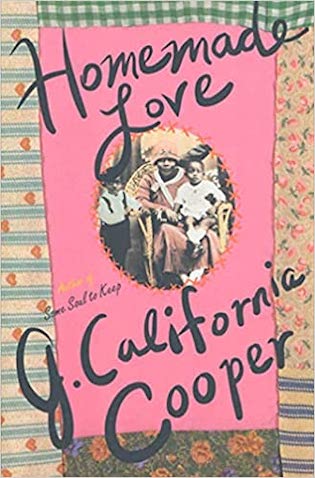 “One of my favorite authors is a somewhat hidden gem. The late J. California Cooper penned historical fiction, mostly set in the 19th and early 20th centuries, when her Black characters had little agency over their lives yet led richly compelling ones.

Ms. Cooper deftly crafted men, women and children grappling with love, loss, success, failure, striving and setbacks in every work, including In Search of Satisfaction, Family, and Some People, Some Other Place. In doing so, she invited readers to appreciate others’ humanity and to consider that all people deserve to be seen and cherished.

One of my favorites is her collection of short stories titled Homemade Love. This fiction is filled with humor and wisdom and left me rooting for and celebrating the people I met on the page.

I appreciate the richness of Ms. Cooper’s storytelling each time I revisit her fiction; and in addition to reading it for pleasure, I study it to strengthen my own ‘writing muscles.’”

Stacy Hawkins Adams is an award-winning, multi-published author and essayist whose fiction and nonfiction compels readers to find relevance in their own stories.

She has penned women’s fiction nine novels, a nonfiction devotional book and a collection of original quotes. She also curates a blog at www.LifeUntapped.com and presents at writing conferences and book events around the globe. 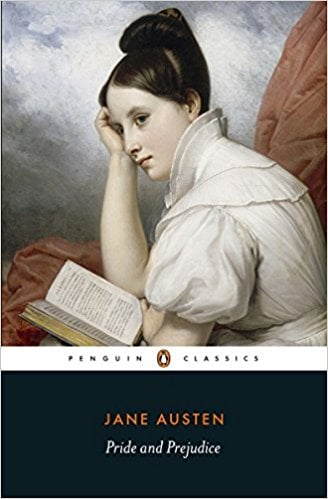 “I am a huge Jane Austen fan. My favorite story has always been Pride and Prejudice. Austen’s wit and skill at capturing the nuances of the British aristocracy still resonates today. However, Elizabeth Bennet is a strong character who challenges social mores.

Austen reveals the complete powerlessness of women in society and how few choices were available. The need to marry well was paramount. Mr. Darcy was a complex character: curt, sarcastic, and judgmental, yet grounded in a good heart. For me, I always love a happy ending. Many of these themes are incorporated into my novels.

Let me tell you a secret:  I wrote a novel called Wild About Wickham from Lydia’s point of view.  My literary agent encouraged the idea, but a PR professional told me I could face major repercussions for daring to emulate an icon. It has been sitting in my desk drawer for years”

Kathleen Reid is an award-winning author who has published three works of fiction: Paris Match, A Page Out of Life and Sunrise in Florence.  She loves art history and carefully weaves her extensive research into the story lines of her novels.  Kathleen writes to inspire, educate and entertain her readers. Sunrise in Florence won three Indie Awards in Romance and Romantic Suspense. Kathleen is a wife, mom of two girls, volunteer, and avid runner. Follow her on Instagram: @readkathleenreid. 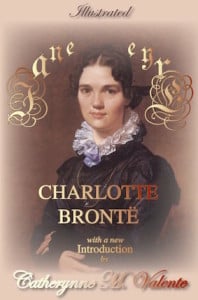 And my favorite book? Jane Eyre by Charlotte Brontë. The first time I read this classic I was in the eighth grade, and I suspect the book was on my summer reading list. Bronte opened a door for me, and I can still hear the rattling of the horse carriages, the howling winds on the moors, and the cries of those lonely orphans at Lowood School.

What I didn’t realize at the time is the reason this book rings so true is Bronte was writing autobiographically: she had attended a school like Lowood, she had been a governess, and she had spurned proposals. And what adolescent hasn’t felt as lonely and misunderstood as Jane?

Charlotte Brontë was born in Yorkshire in 1816.  Her father was a rector and she and her and her brother and four sisters grew up in an isolated village called Haworth, left to their own devices; her mother died from cancer when Charlotte was six years old so she certainly experienced tragedy at a young age.

The Brontës were bright and imaginative children; Charlottes’s surviving sisters, Emily and Anne, are also esteemed novelists and poets. By the age of fifteen, the young Charlotte had written twenty-three “novels.” When Jane Eyre was published in 1847, written under the pen name Currer Bell, the book was dedicated to William Thackeray; he described the novel as “the masterwork of a great genius.”

Jane yearned for “a real knowledge of life” yet she also pushed back at the constraints of Victorian society, not only thinking for herself, but taking action as when she fled Mr. Rochester in spite of her love for him. Eerie Gothic settings, a secret in the attic and a happy ending: I can’t think of a better formula for a beloved novel.

Tyler Scott has been writing essays and articles since the early 1980s for various magazines and newspapers.  In 2014 she published her novel The Excellent Advice of a Few Famous Painters.

She lives in Blackstone, Virginia where she and her husband renovated a Queen Anne Revival house and enjoy small town life.