An excerpt from Rapture and Melancholy: The Diaries of Edna St. Vincent Millay

A revival of interest in the life and work of Pulitzer Prize-winning poet Edna St.Vincent Millay began in the early 2000s with the publications of What Lips My Lips Have Kissed (2001), also by Daniel Mark Epstein (2001), and Savage Beauty by Nancy Milford (2001) and

Millay received the Pulitzer Prize for poetry in 1923 for The Ballad of the Harp-Weaver, her fourth collection. She was the first woman (and only the second person) to win this award. Only thirty-one at the time, she was already one of America’s best-known poets, able to attract huge, enthusiastic crowds on her reading tours.

Enriching this treasure trove of diary entries, which spanning from Millay’s mid-teens to middle age, are Epstein’s chapter openers. His insights provide context for each section, and are helpful for filling in time gaps, as Millay wasn’t always a consistent diarist.

In the Foreword to Rapture and Melancholy, Holly Peppe, Millay’s literary executor, writes that until 1998, “when the diaries were transferred to the Library of Congress from Steepletop, Millay’s home in Austerlitz, New York, they have remained safely out of view, available only to credentialed scholars. With this book, Daniel has changed all that.”

Edna St. Vincent Millay’s life, from beginning to end, was unconventional and intense. She truly did burn her candle at both ends, as she wrote in her famous four-line poem, “First Fig.” After her untimely death in 1950, her legacy dimmed — many would argue, unfairly. Epstein has harnessed the inner world of a true original, helping to restore her to her rightful place in American letters. 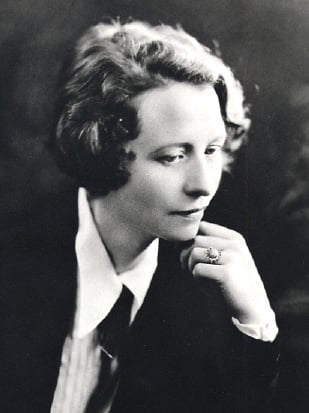 From the publisher of Rapture and Melancholy, Yale University Press:

The English author Thomas Hardy proclaimed that America had two great attractions: the skyscraper, and the poetry of Edna St. Vincent Millay. In these diaries the great American poet illuminates not only her literary genius, but her life’s a devoted daughter, sister, wife, and public heroine; and finally as a solitary, tragic figure.

This is the first publication of the diaries she kept from adolescence until middle age, between 1907 and 1949, focused on her most productive yers. Who was the girl who wrote “Renascence,”   that marvel of early twentieth-century poetry? What trauma or spiritual journey inspired the poem?

And after such celebrity why did she vanish into near seclusion after 1940? These questions hover over the life and work, and trouble biographers and readers alike.

Intimate, eloquent, these confessions and keen observations provide the key to understanding Millay’s journey from small-town obscurity to world fame, and the tragedy of her demise. 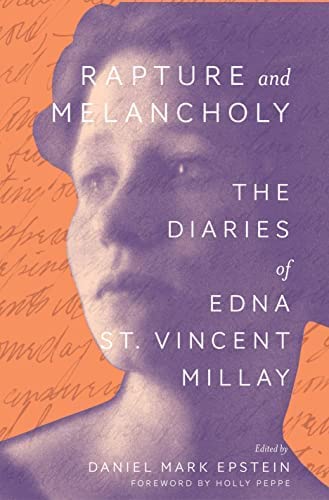 From the Introduction of Rapture and Melancholy

… by Daniel Mark Epstein: To what does Edna St. Vincent Millay owe the honor of having her diaries published and read in 2022, more than seventy years after her death? Her status as a poet and playwright of the first magnitude, secure until the 1940s, is now a subject of debate.

Her poems remain in print and her play Aria da Capo is occasionally revived; but as of this writing her work is rarely included in textbooks or college syllabi.

The reasons for this are largely political, or in any case extra-literary. The poet had the fortune and misfortune to become a legend in her own time, what we now quaintly call “a cultural icon.”

Her binge drinking and promiscuity were notorious even in the 1920s when such behavior was commonplace. She became the bad girl of American letters who published her modern escapades in verses that demonstrated mastery of the classic forms and meters. No one had seen anything like it.

Ezra Pound and T. S. Eliot, who had enough Latin between them to recognize her achievement, ostentatiously ignored the upstart whose ballads and sonnets made her rich. She needed no one’s help, and what she was writing did not fit the modernist’s profile of “free verse.” Her success was a reproach to modernism.

Meanwhile she behaved as badly as Byron and Baudelaire, Sappho in a cloche hat, chain-smoking, sipping gin, and bed-hopping … The poetry was transgressive and subversive. Compared with the unimpeachable verse of Elizabeth Bishop, Millay’s poetry is still shocking.

… The diaries — which the mature writer never intended for publication — are unfiltered. From beginning to end she writes without restraint or inhibition, recording thoughts, dreams, emotions, and impressions meant only for her own clarification and reflection.

In these pages, we hear Millay’s intimate voice, the woman speaking to herself about her most private and urgent concerns.

About Daniel Mark Epstein: Millay biographer Daniel Mark Epstein is a poet and dramatist, the author of books about Abraham Lincoln, Walt Whitman, and Bob Dylan. He is a recipient of awards from the American Academy of Arts and Letters. Find him at DanielMarkEpstein.com.

An excerpt from Rapture and Melancholy

I’m tired of being grown-up! Tired of dresses that kick around my feet, tired of high-heeled shoes; tired of conventions and proprieties; tired, tired and sick of hairpins! I want to be a little girl again.

It seems to me, looking back over my jump-rope and hop-scotch days, that I never played half hard enough, always came in a little too soon, lay abed a little too long. If I had only known, and had climbed enough trees and made enough mud-pies to last me through the awful days when I should want to and couldn’t!

And the awfullest thing about it is that I haven’t forgotten how. It wouldn’t be so bad if I just couldn’t remember; but to know how so well—to want to so bad—and not to be able to! It seems to me I can remember everything I ever did, every place I was ever in.

My mind is a labyrinthian picture-gallery in which every paint-ing is some scene from my life—vivid and distinct, even in its most trivial details. It takes but the tiniest thing, the faintest sound or scent, often-times imagination—to bring such a scene before my eyes. There is a little spicy-smelling yellow flower growing in clusters on a bush, in old-fashioned gardens I think they call it “clove” or a “flowering currant.”

The smell of it inevitably never fails to take me back into a little playhouse I made once under such a bush, just this side of the church-yard fence. It is a hot summer afternoon. The air is drowsy with the sweetness of the tiny trumpet-shaped flowers above my head and, save for the monotonous droning of many bees, there is no sound anywhere.

I am painstakingly trimming a rhubarb leaf hat with white-clover and buttercups with which my lap is filled. Beside me are two long, slender white wands from which I have been peeling the bark for ribbons, with primitive implements of sharp teeth and nails.

I can taste again the sweetness of the smooth round stick in my mouth. I see again the moist, delicate green of the bark’s living. And into my nostrils I breathe the hot spicy fragrance until my soul is steeped in it.

Then on and on into picture after picture after picture, through a meadow where, at every step, I had to pick the violets to clear a place for my feet; over the short stubble of a wide level field to the place where a friendly grapevine climbed a tree and, with its own weight bent the branches

to the ground, bringing forth grapes and apples into easy reach; up the side of a woody hill and [wandered] a winding path to a secret spot where fox berries grew bigger, sweeter, and more plentifully than anywhere else in the world.

Hundreds of places, each one as dear as these each one so distinct that I know I could find now if it is still there. If I could just go back like na little girl and revisit each scene alone. Who would there be to say “Go away, you can’t come here, for you are a little girl no longer”? 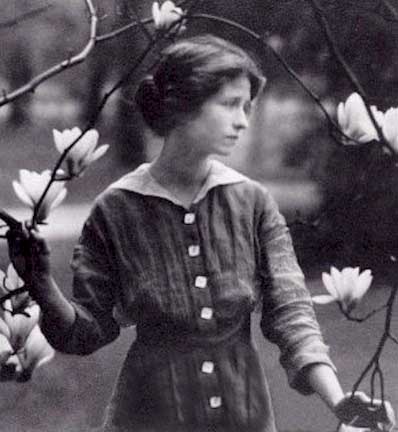