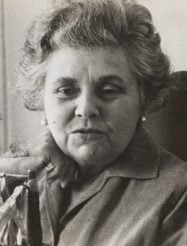 Elizabeth Bishop (February 8, 1911 – October 6, 1979) was a noted American poet. Born in Worcester, Massachusetts, Bishop won numerous awards during the course of her career, including the Pulitzer Prize.

Her reputation as a significant poet has only grown since her death. Her most iconic poems include “The Fish,” “One Art,” “A Miracle for Breakfast,” and “Sestina.”

Bishop wasn’t a particularly prolific poet, preferring to spend long periods of time revising her work; she wrote just over one hundred poems.

Her poetry is characterized by keen observations of the physical world and a serene yet searching attitude. Many of her poems grapple with themes of loss and the struggle to find one’s place in the world.

Elizabeth Bishop’s experiences of loss began early. Her father died when she was an infant; her mother suffered from severe mental illness and was committed to an institution when Bishop was five.

Bishop was unhappy living with her grandparents. Recognizing her sadness, they sent her to live with her mother’s oldest sister. Bishop’s aunt was the first to expose her to poetry, especially the Victorian poets, including Alfred, Lord Tennyson, and Elizabeth Barrett Browning.

Because her grandparents were wealthy and paid for her education, Bishop was able to attend the elite Walnut Hill School, where she studied music. It was at Walnut Hill that her first poems were published in a student magazine.

Bishop then attended Vassar College in Poughkeepsie, New York, studying music with the intention of becoming a composer. Performance anxiety redirected her toward a degree in English.

As the editor-in-chief of Vassar’s yearbook, Bishop and a group of friends — including her classmate, future novelist Mary McCarthy — founded the literary magazine Con Spirito. Though short-lived, it was able to compete with Vassar’s established magazine. Bishop graduated with a bachelor’s degree in 1934. 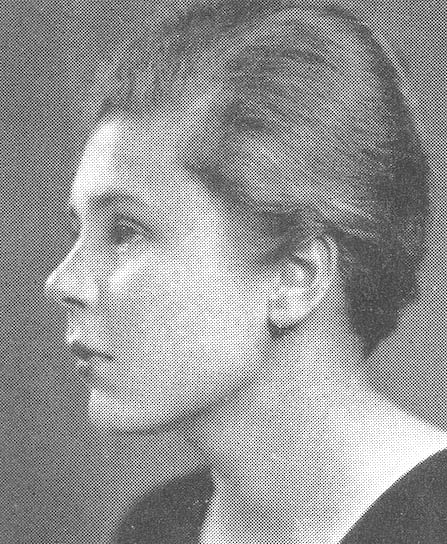 While Bishop studied English, a librarian introduced her to the poet Marianne Moore. The two corresponded extensively, and Moore became Bishop’s mentor and lifelong friend. She helped publish Bishop’s poetry in the anthology Trial Balances, in which established poets promoted new and unknown poets. Their friendship lasted until Moore’s death in 1972.

In 1947, poet and critic Randall Jarrell introduced Bishop to Robert Lowell, and they became close friends. Bishop and Lowell often wrote poems inspired by the other’s work. Lowell’s famous “Skunk Hour,” for example, was inspired by Bishop’s “The Armadillo,” and Bishop’s “North Haven” paid homage to Lowell after his death.

Bishop had numerous correspondents over her lifetime. She found letter-writing a joyous activity and an extension of her poetry. Over five hundred of her letters to Moore, Lowell, and others have been collected in the volume One Art: Letters.

World travels and a poet’s beginnings

With an inheritance from her deceased father’s estate, Bishop was able to travel widely after graduating from Vassar. She first lived in New York City for several years, and then visited Italy, Ireland, France, Spain, and North Africa.

Bishop described many of the places she lived in her poems, such as in “Questions of Travel” and “Over 2000 Illustrations and a Complete Concordance.”

In 1938, Bishop purchased a home in Key West, Florida with a friend from Vassar. There, she began work on her first poetry collection, North and South. The book was published in 1946; it won the Houghton Mifflin prize for poetry.

1951 brought Bishop the opportunity to embark on deeply impactful travels. With a travel fellowship of $2,500 she was awarded by Bryn Mawr College, she circumnavigated South America by boat. Bishop arrived in Santos, Brazil in November of 1951; she intended to stay for only two weeks, but instead stayed for fifteen years.

Life and love in Brazil

Bishop’s relationship with architect Lota de Macedo Soares is what kept her in Brazil. When Bishop was sick during her initial two-week visit, Soares nursed her back to health, effectively winning over the poet.

Soares was descended from a prominent and political family; though not trained as a designer or architect, she worked as both. The couple lived together in Pétropolis, near Rio de Janeiro.

Though it began blissfully, the women’s relationship deteriorated after about fourteen years. Their later years together were marked by recurring bouts of Bishop’s alcoholism and Soares’s depression, making both were prone to start volatile fights.

Bishop moved back to New York to teach in 1966. Her alcoholism eventually led to infidelity. Soares visited Bishop in 1967; on the first day of their reunion, she took her own life, possibly due to stress from work and the couple’s failing relationship.

Bishop wasn’t forthcoming about the nature of her relationship with Soares, and she never came out as a lesbian. Much of what’s known about their relationship comes from Bishop’s letters to professor Samuel Ashley Brown.

Their relationship was memorialized in the book Flores Raras e Banalíssimas (in English, Rare and Commonplace Flowers) by Carmen Lucia de Oliveira, and the 2013 film Reaching for the Moon. 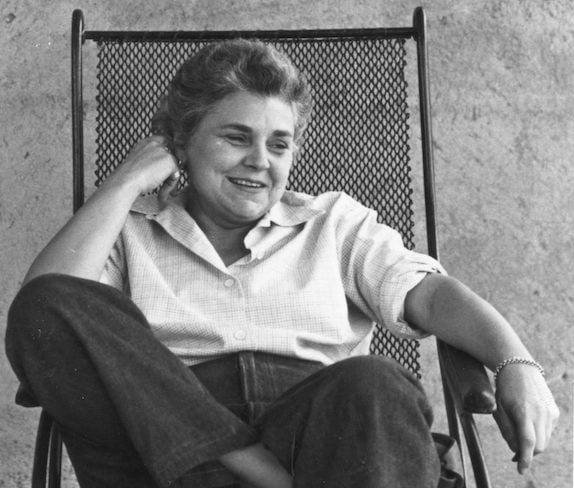 While living in Brazil, Bishop published her second collection of poems, North and South — A Cold Spring. The collection appeared in 1955 and included her first book, plus eighteen additional poems that made up the Cold Spring section. Bishop won the Pulitzer Prize for this volume the following year.

It would be another ten years before Bishop published any new poems. Her next book was 1965’s Questions of Travel, and many of the poems in this collection were inspired by her life in Brazil, such as “Arrival at Santos” and “The Riverman.”

Bishop’s contemporaries, including Robert Lowell and Anne Sexton, among others, were writing confessional poetry, but she avoided personal disclosure in her work.

Preferring a more objective style, the narrative voices in her poems are often distant from the subject matter, describing their observations in precise yet impersonal detail.

In the March 6, 2017 issue of The New Yorker, an article titled “Elizabeth Bishop’s Art of Losing” (reviewing A Miracle for Breakfast: The Art of Elizabeth Bishop, a biography of the poet by Megan Marshall) bears out this general assessment of her work:

“Except perhaps for her mentor, Marianne Moore, it is hard to name a poet whose work so thoroughly disinvites private scrutiny. Admirers of Bishop’s early work Moore, Robert Lowell, Randall Jarrell—praised its cool objectivity, its calm impersonality, what Moore described as its ‘rational considering quality’ (hardly the usual praise for poetry), its ‘deferences and vigilances.’

What the young poet deferred to was poetic form and an increasingly old-fashioned sense of manners and discretion. She was vigilant in giving nothing of herself away.”

Bishop’s next major publication was her Collected Poems, published in1969. The volume included her previously published poetry, plus eight new poems. It won the National Book Award.

The following book and the last to be published in Bishop’s life, Geography III, contains many of her most anthologized poems, such as “One Art” and “In the Waiting Room.”

Bishop continued to reject confessional poetry when this collection came out in 1977, but some sparse personal details began to surface, hinting at her mother’s illness and her grief after losing Soares.

Bishop won the Neustadt International Prize for Literature for Geography III, which no woman had won before and no American has won since.

Not a “Woman Poet”

Bishop had a fraught relationship with how gender and sexuality related to her career as a poet. She refused the labels “female poet” or “lesbian poet,” preferring her work to speak for itself rather than be overshadowed by her gender or sexual orientation.

However, Bishop stated in a 1978 interview with The Paris Review that although she refused to be published in women-only anthologies, she did consider herself a feminist. 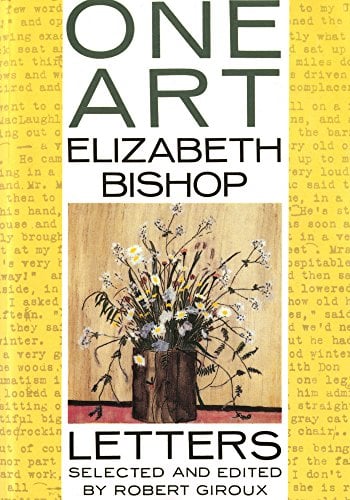 When her father’s inheritance began dwindle in the 1970s, Bishop started lecturing at various universities. She taught at Harvard for several years, then at New York University, and finally the Massachusetts Institute of Technology.

During her lifetime, she may not have been famous per se, but her work was recognized and well rewarded.

In 1979, Bishop died of a cerebral aneurysm in her apartment in Boston, at the age of 68. Her partner of some eight years, Alice Methfessel, became her literary executor.

Ultimately, Elizabeth Bishop achieved what she had hoped for — a reputation as a great American poet, who just happened to be a woman. 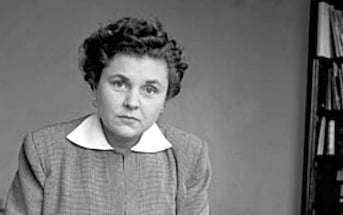 Contributed by Johanna Shaw. Johanna Shaw is a writer currently pursuing an M.A. in English at the University at Albany, SUNY. Her essays have appeared in bioStories, Trolley, Gravel, and Glass Mountain. When not writing or studying, Johanna can be found playing Chopin nocturnes at her piano, obsessing over literary modernism, or somewhere deep within a used bookstore.