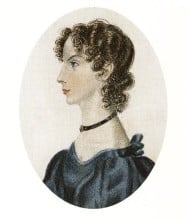 Anne Brontë (1820 – 1849) may be less known to readers than her sisters, Charlotte and Emily, but her contribution to English literature was  significant. Following is a sampling  of quotes by Anne Brontë from Agnes Grey and The Tenant of Wildfell Hall, the only published novels of a talented  novelist and poet who died at age twenty-nine.

Anne was born in Thornton, West Yorkshire, the daughter of Patrick Brontë, a clergyman, and Maria Branwell. Anne grew up in Haworth, an isolated town on the moors of Yorkshire.

She was one of six siblings raised by her father after the death of their mother. The two oldest sisters, Elizabeth and Maria, died of illness at early ages, leaving Anne, the youngest, followed by Branwell, Emily, and Charlotte.

Agnes Grey (1847) follows the fortunes (or more accurately, misfortunes) of the eponymous heroine, who, like the author herself, was a governess for families of the English gentry.

“I am satisfied that if a book is a good one, it is so whatever the sex of the author may be. All novels are, or should be, written for both men and women to read, and I am at loss to conceive how a man should permit himself to write anything that would be really disgraceful to a woman, or why a woman should be censured for writing anything that would be proper and becoming for a man.”

“I always lacked common sense when taken by surprise.”

“I had been seasoned by adversity, and tutored by experience, and I longed to redeem my lost honour in the eyes of those whose opinion was more than that of all the world to me.”

“I began this book with the intention of concealing nothing, that those who liked might have the benefit of perusing a fellow creature’s heart: but we have some thoughts that all the angels in heaven are welcome to behold — but not our brother-men — not even the best and kindest amongst them.”

“One bright day in the last week of February, I was walking in the park, enjoying the threefold luxury of solitude, a book, and pleasant weather.” 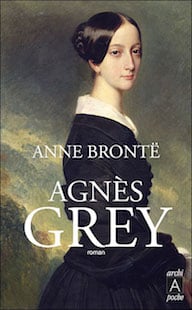 “It is foolish to wish for beauty. Sensible people never either desire it for themselves or care about it in others. If the mind be but well cultivated, and the heart well disposed, not one ever cares for the exterior.”

“Reading is my favourite occupation, when I have leisure for it and books to read.”

“He had not breathed a word of love, or dropped one hint of tenderness or affection, and yet I had been supremely happy. To be near him, to hear him talk as he did talk, and to feel that he thought me worthy to be so spoken to — capable of understanding and duly appreciating such discourse — was enough.”

“I was sorry for her; I was amazed, disgusted at her heartless vanity; I wondered why so much beauty should be given to those who made so bad a use of it, and denied to some who would make it a benefit to both themselves and others …

But, God knows best, I concluded. There are, I suppose, some men as vain, as selfish, and as heartless as she is, and, perhaps, such women may be useful to punish them.”

“… Our wishes are like tinder: the flint and steel of circumstances are continually striking out sparks, which vanish immediately, unless they chance to fall upon the tinder of our wishes; then, they instantly ignite, and the flame of hope is kindled in a moment.”

“Shielded by my own obscurity, and by the lapse of years, and a few fictitious names, I do not fear to venture; and will candidly lay before the public what I would not disclose to the most intimate friend.”

“The ties that bind us to life are tougher than you imagine, or than any one can who has not felt how roughly they may be pulled without breaking.”

“The human heart is like India-rubber; a little swells it, but a great deal will not burst it. If ‘little more than nothing will disturb it, little less than all things will suffice’ to break it. As in the outer members of our frame, there is a vital power inherent in itself that strengthens it against external violence.

Every blow that shakes it will serve to harden it against a future stroke; as constant labour thickens the skin of the hand, and strengthens its muscles instead of wasting them away: so that a day of arduous toil, that might excoriate a lady’s palm, would make no sensible impression on that of a hardy ploughman.” 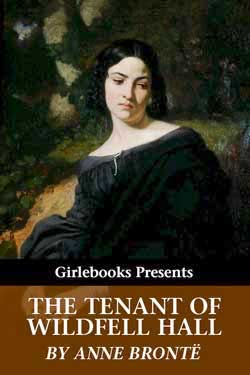 An 1848 review of The Tenant of Wildfell Hall

Quotes from The Tenant of Wildfell Hall (1848)

“No one can be happy in eternal solitude.”

“If you would have your son to walk honourably through the world, you must not attempt to clear the stones from his path, but teach him to walk firmly over them – not insist upon leading him by the hand, but let him learn to go alone.”

“There is always a ‘but’ in this imperfect world.”

“His heart was like a sensitive plant, that opens for a moment in the sunshine, but curls up and shrinks into itself at the slightest touch of the finger, or the lightest breath of wind.”

“It is better to arm and strengthen your hero, than to disarm and enfeeble your foe.”

“When a lady does consent to listen to an argument against her own opinions, she is always predetermined to withstand it – to listen only with her bodily ears, keeping the mental organs resolutely closed against the strongest reasoning.”

“Life and hope must cease together.”

“I imagine there must be only a very, very few men in the world, that I should like to marry; and of those few, it is ten to one I may never be acquainted with one; or if I should, it is twenty to one he may not happen to be single, or to take a fancy to me.”

“But smiles and tears are so alike with me, they are neither of them confined to any particular feelings: I often cry when I am happy, and smile when I am sad.”

“This paper will serve instead of a confidential friend into whose ear I might pour forth the overflowings of my heart. It will not sympathize with my distresses, but then, it will not laugh at them, and, if I keep it close, it cannot tell again; so it is, perhaps, the best friend I could have for the purpose.” 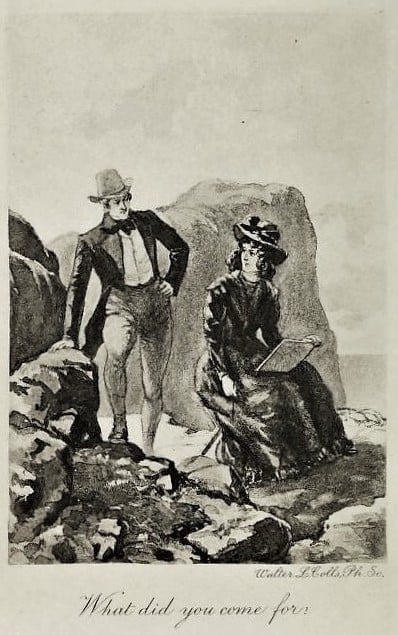 The Tenant of Wildfell Hall: A 19th-Century Introduction

“My heart is too thoroughly dried to be broken in a hurry, and I mean to live as long as I can.”

“You may think it all very fine, Mr. Huntingdon, to amuse yourself with rousing my jealousy; but take care you don’t rouse my hate instead. And when you have once extinguished my love, you will find it no easy matter to kindle it again.”

“Beauty is that quality which, next to money, is generally the most attractive to the worst kinds of men; and, therefore, it is likely to entail a great deal of trouble on the possessor.”

“When I tell you not to marry without love, I do not advise you to marry for love alone: there are many, many other things to be considered. Keep both heart and hand in your own possession, till you see good reason to part with them; and if such an occasion should never present itself, comfort your mind with this reflection, that though in single life your joys may not be very many, your sorrows, at least, will not be more than you can bear.

Marriage may change your circumstances for the better, but, in my private opinion, it is far more likely to produce a contrary result.”