The Infernal World of Branwell Brontë by Daphne du Maurier 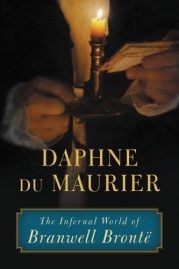 The three Brontë sisters — Charlotte, Emily, and Anne — cherished literary ambitions from an early age, and despite lives cut short by illness, earned a prominent place in the English literary canon. The same can’t be said for their brother, Branwell Brontë (1817 – 1848), whose dissipated life ended at age thirty-one, with little to show for his early talent other than thwarted ambition.

The three surviving sisters and Branwell with primarily one another for company, put on plays, told stories, and created journals and magazines about the make-believe realm. Branwell was very much the ringleader. In their teens, they created an imaginary world called Angria.

Branwell’s poetry and drawings display an incipient talent that was never fully developed. With one failure after another as he entered young adulthood, his his promise faded, and he descended into the world of addiction and dissipation. 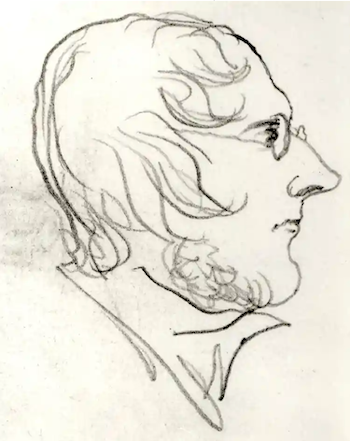 “It’s Time to Bring Branwell, the Dark Brontë, into Light” a 2017 article in The Guardian, looked to bring more clarity into this shadowy figure, in the year of his 200th birthday:

“Although his influence was not always positive, Branwell remained a primary muse for his sisters, and we should remember him as a major cog in the Brontë writing machine – even if his own work was always ‘minor.’ And the story of a young, talented fantasist failing to make his way in the world resonates with our experiences of hardship and lost dreams.”

Du Maurier is best remembered for the half a dozen or so books and stories that were adapted to film, notably, Rebecca, My Cousin Rachel, Jamaica Inn, and others. Her publishing credits went well beyond her more famous works to include nearly forty novels, short story collections, nonfiction works, and plays.

It’s no secret that du Maurier was inspired by the Brontë sisters, — Rebecca, in particular, pays homage to Jane Eyre. It’s fitting, then, that among her nonfiction titles is The Infernal World of Branwell Brontë (1960), a portrait of the troubled brother of the literary sisters that she so admired.

Chapter one of The Infernal World of Branwell Brontë begins:

He died on Sunday morning, the 24th of September, 1848. He was thirty-one years old. He died in the room which he had shared with his father for so long, and in which, as a little boy, he had awakened to find the moon shining through the curtainless windows and his father upon his knees, praying.

The room, for too many months now, had been part refuge and part prison-cell. It had been refuge from the accusing or indifferent eyes of his sisters, refuge from the averted gaze of his father … Eternal reproach, eternal accusation.

“I know only that it is time for me to be something when I am nothing. That my father cannot have long to live, and that when he dies my evening, which is already twilight, will become night. That I shall then have a constitution still so strong that art will keep me years in torture and despair when I should every hour era that I might die.”  (Branwell, from a letter to a friend, a year or two before his death) 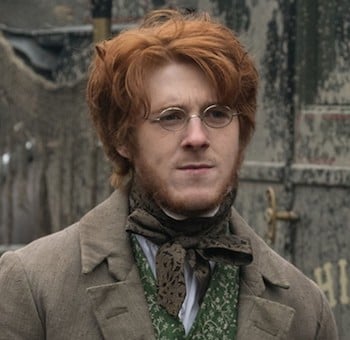 The Infernal World of Branwell Brontë in brief

From the original 1960 edition (Doubleday and Company):

Branwell Brontë, brother of the celebrated Charlotte, Emily, and Anne, as a child showed the most promise of all the Brontë’s — precocious and exceptionally brilliant, it was his imagination and wild unfettered spirit that led the others. He was worshipped by his sisters and widowed father, and it was Branwell that they all looked for literary success.

And yet, Branwell was the only one who was unable to bridge the gap from childhood fantasy to adulthood, the only one who did not produce a finished, mature book. Daphne du Maurier has written a full-length portrait of the mysterious, elusive Branwell Brontë and of the infernal world of his inner torment which killed him a the age of thirty-one from excessive laudanum and alcohol.

As a child, Branwell fed the willing imaginations of his sisters with the wild, fantastic stories of his mythical, self-invented Kingdom of Angria. There is no question that he was a great influence on the writings of his sisters and that Emily drew on her brother for her portrait of Hindley Earnshaw in Wuthering Heights, as did Anne, for Arthur Huntington in The Tenant of Wildfell Hall.

Failing to be admitted to the Royal Academy of Art when he was eighteen, Branwell turned to alcohol and a life of dissipation which he followed fitfully until his life ended in bitterness and despair, conscious of his sisters’ growing success and of his own monumental failure. Haunted by illness and disappointment most of his life, Branwell preferred the wild and joyous world of his own imagination to the world of harsh reality and responsibility.

Miss du Maurier has drawn on the early secret writings of the four Brontës, letters, and other sources and has written a penetrating and revealing study of “the eloquent unpublished poet” that was Branwell Brontë. 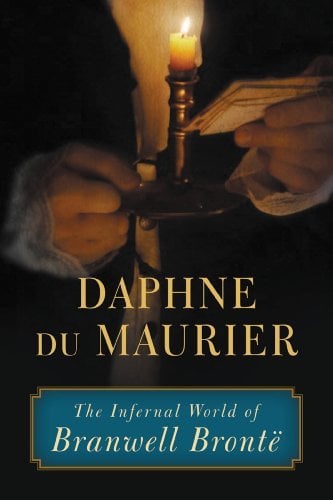 When Mrs. Gaskell published her Life of Charlotte Brontë in 1857, she painted so vivid a picture of life at Haworth parsonage, and of the talented, short-lived family who dwelt within its walls, that every Brontë biography written since has been based upon it.

After a hundred years had gone by, the biography was still unsurpassed, but during the intervening time much had come to light about the early writings of the young Brontës, proving that from childhood and on through adolescence they lived a life of quite extraordinary fantasy, creating an imaginary world of their own, peopled with characters more real to them than the inhabitants of their father’s parish.

Charlotte’s Jane Eyre, Emily’s Wuthering Heights, and Anne’s The Tenant of Wildfell Hall were all famous novels and their authoresses dead when Mrs. Gaskell came to write about them. What she did not realize was that none of these novels would have come into being had not their creators lived, during childhood, in this fantasy world, which was largely inspired and directed by their only brother, Patrick Branwell Brontë.

Neither Mrs. Gaskell nor the elder Mr. Brontë suspected that under the parsonage roof there were manuscripts, written by Branwell and Charlotte, which ran into many hundreds of thousands of words far— more than the published works of Charlotte, Emily and Anne.

Although, on examination, Branwell’s manuscripts show that he did not possess the amazing talent of his famous sisters, they prove him to have had a boyhood and youth of almost incredible productivity, so spending himself in the process of describing the lives and loves of his imaginary characters that invention was exhausted by the time he was twenty-one.

Mr. Brontë, their father, writing to Mrs. Gaskell after she had published the biography of his daughter Charlotte, told her: “The picture of my brilliant and unhappy son is a masterpiece.”

He did not understand, any more than Mrs. Gaskell, that the “brilliance” existed to a great extent in his own imagination, the pride of a lonely widower in the extraordinary precocity and endearing liveliness of a boy whose supposed genius disintegrated with the coming of manhood; whose unhappiness was caused, not by the abortive love-affair described by Mrs. Gaskell with such gusto, but by his inability to distinguish truth from fiction, reality from fantasy; and who failed in life because it differed from his own “infernal world.”

One day, perhaps, all the manuscripts which poured from Branwell’s pen will be transcribed, not for the Brontë student only, but for the general reader. One day the definitive biography of this tragic young man will be published.

Meanwhile, many years of interest in the subject, and much reading, have prompted the present writer to attempt a study of his life and work which may serve as an introduction to both.

If it brings some measure of understanding for a figure long maligned, neglected and despised, and helps to reinstate him in his original place in the Brontë family, where he was, until the last years of disintegration, so loved a person, then this book will not have been written in vain. ( — Daphne du Maurier, Cornwall, 1960) 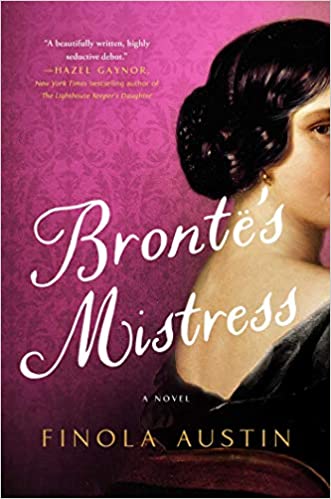 Branwell Brontë has yet to be the subject of a full biography, but his illicit love affair with the wife of an employer has been given fictional treatment in Brontë’s Mistress by Finola Austin.