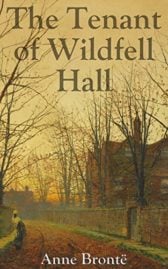 More so than Anne’s quieter first novel, Agnes Grey (1847), The Tenant of Wildfell Hall was an immediate success. That was despite its being considered shocking by some readers and critics for its unflinching look at the harms of alcoholism and abuse that arose from it.

The novel tells the story of the mysterious Helen Graham, and her arrival at Wildfell Hall with her young son and a servant. Through a series of letters from another character, we learn of Helen’s troubled past.

If you’re interested in the history of this novel, be sure to read this 19th-century introduction by Mary Ward, which discusses the effect that the troubled Brontë brother, Branwell, might have had on the sisters’ work, particularly on The Tenant of Wildfell Hall.

When the novel was first published, reviews on both sides of the Atlantic identified it as the work of Currer Bell (Charlotte Brontë‘s pseudonym), author of Jane Eyre, or Ellis Bell (Emily Brontë), author of Wuthering Heights, or both. The three sisters were often assumed to be one writer. And most of the public and critics believed at first that the writer — or writers — of these books was a man. It was the intention of the sisters to conceal their identities. 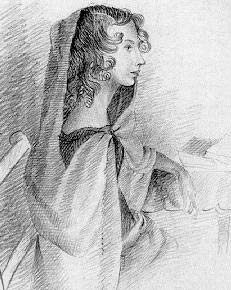 May Sinclair, the modernist author, wrote eloquently of Anne in her book, The Three Brontës (1912). She observed of Tenant:

“There was, in this smallest and least considerable of the Brontës, an immense, a terrifying audacity. Charlotte was bold, and Emily was bolder; but this audacity of Anne’s was greater than Charlotte’s boldness or than Emily’s, because it was willed, it was deliberate, open-eyed; it had none of the superb unconsciousness of genius.

Anne took her courage in both hands when she sat down to write The Tenant of Wildfell Hall. There are scenes, there are situations, in Anne’s amazing novel, which for sheer audacity stand alone in mid-Victorian literature, and which would hold their own in the literature of revolt that followed.

It cannot be said that these scenes and situations are tackled with a master-hand. But there is a certain grasp in Anne’s treatment, and an astonishing lucidity. Her knowledge of the seamy side of life was not exhaustive. But her diagnosis of certain states, her realization of certain motives, suggests Balzac rather than any of the Brontës.

Thackeray, with the fear of Mrs. Grundy before his eyes, would have shrunk from recording Mrs. Huntingdon’s ultimatum to her husband. The slamming of that bedroom door fairly resounds through the long emptiness of Anne’s novel. But that door is the crux of the situation, and if Anne was not a genius she was too much of an artist to sacrifice her crux.”

It’s always exciting to find an original review of a classic novel, especially one published so long ago. Following is one from 1848, the year in which the novel was published, in a British newspaper. 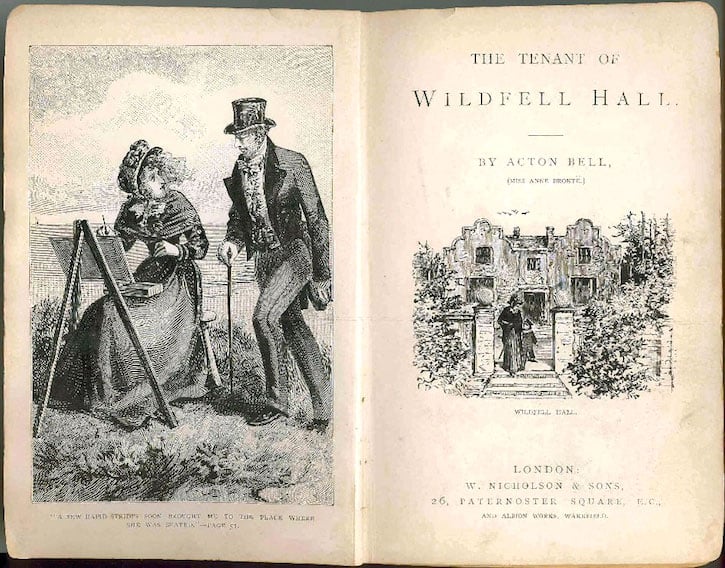 An 1848 review of The Tenant of Wildfell Hall

From the original review of The Tenant of Wildfell Hall by Acton Bell in The Manchester Weekly Times and Examiner, July 8, 1848: Our readers remember our introduction of Jane Eyre, a novel singularly impressive, and yet, in style and incident, singularly simple.

The Tenant of Wildfell Hall is from the pen of a brother* of the author of Jane Eyre, to which it bears a strong family likeness.

[*note from Literary Ladies Guide: this review was published at a time when the Brontë sisters were publishing under pseudonyms and it was still generally believed that they were men. Anne wrote under the name of Acton Bell.]

Here we have the same rigid, direct, compressed tone of narrating which, with its undercurrents of humour and wayward pathos, was so striking in Jane Eyre.

Here, too, the effect produced arises out of combinations of the most unpretending and familiar kind — the daily, real-life police reports furnish of “savage ill-treatment by a husband of his wife,” raised a step or two in the social scale, and told with a hard, faithful minuteness that moves the stoutest reader.

A few other figures there are, all drawn from the most unexciting sphere of English country life; the parson and the old lady, the blackguard English country gentleman, the meddling squire, and the village flirt of everyday existence.

Yet, out of these unpromising elements, and with little of anything like reflection, philosophy, or beautiful delineation, Bell has managed to frame a tale which we defy the most blasé novel reader to yawn over.

A strange, mysterious, gloomy fascination, the wild, bleak scenery we are carried through, does exert. It is a book which should be read on a comfortless day, with a scowling sky and fitful gusts of sulky wind sighing and groaning without; with such accompaniments, and alone in some isolated, deserted country mansion, the reader will be made as painfully happy as the novel reader can desire.

Helen Lawrence, the heroine, who, in a diary stretching through some half of the novel, tells us her own story. She is a young English lady of the best kind, full of quiet ardour and quiet wit, accomplished, resolute, and beautiful.

Motherless, the daughter of a country squire, she is brought up at a distance from her father’s estate, unknown, therefore, to the people of the district in which that lies, and where the hero of the novel will be afterwards found residing.

Out of the many suitors for her hand, she selects a Mr. Huntington, a bold, dissipated country gentleman, whose character is drawn with uncommon skill and truth to nature, a riotous enjoyer of life, and with the dashing forwardness which such habits give; yet, he is capable of assuming a respectful tenderness, which, in combination with his beauty of person and manly courage, quite captivate poor Helen’s heart.

Hoping to convert him from his dissipated ways, she becomes his wife and they settle down at Glassdale Manor, Mr. Huntington’s county seat. It is now that the author’s knowledge, seemingly very exact, comes into play.

The stern accuracy of this part of the book has something wonderfully engrossing, in spite of all the repulsiveness of the details. A domestic tragedy of the deepest kind is brought before us — a company of blackguard gentlemen at their disgusting revels, alone with a modest and gentle lady, in the solitude of a squirearchical estate.

Helen lingers on in the hope of yet weaning her husband from his evil ways’ but when, at last, she finds him seeking to inoculate their little son with all the wickedness of grown-up vice, she resolves on flight to a ruined old house.

Wildfell Hall, in the neighbourhood of her brother’s estate, is where she can live in secrecy, beyond the reach of her brutal husband, and support herself on the fruits of her skillful pencil.

It is at this point of the heroine’s history that the novel opens, introducing us to Gilbert Markham, by whom, with the introduction of Helen’s diary, the whole story is told in the form of an autobiography.

Gilbert is a gentleman farmer, and hastens to make us acquainted with the people of his own household and neighbourhood. Among them are a certain Frederick Lawrence, a quiet, reserved young gentleman, who has a sister of whom we know something — though not so Gilbert and his friends.

The neighbourhood is agog with the news that a widow-looking lady and a little boy have come to inhabit some rooms in the ruined Wildfell Hall, and Gilbert’s worthy old mother and pretty sister are soon off to visit Mrs. Graham (how Helen identifies herself), the beautiful and sad newcomer.

She returns the call, and a kind of acquaintance, through intimacy she repels, springs up between Gilbert and herself, chiefly through the little boy’s fondness of Gilbert’s dog; the acquaintance proceeds, and is very charmingly painted as on its way to deeper feeling.

Meanwhile, the village gossips are busy speculating on who Mrs. Graham is, and eagerly spy on her to find more about her ways. Frederick Lawrence is discovered to be in the habit of paying her visits, innocent enough ones, as we know, but which lead Gilbert to look upon his friend as a rival, the more so that he warns him against his passion for Helen.

Finally, the brother is horsewhipped by the lover. Things come to a crisis; Gilbert declares himself. And to excuse her rejection, Helen gives him to read the diary of her married life, which clears up the whole mystery for him.

Just at this juncture, she hears that her husband, Mr. Huntington, is dying — neglected and untended — and goes off to nurse him. He dies, and after due delays and misunderstandings, she gives her hand to Gilbert.

On reflection, it seems, this review gives rather too gloomy a portrait of this very clever and powerful book. 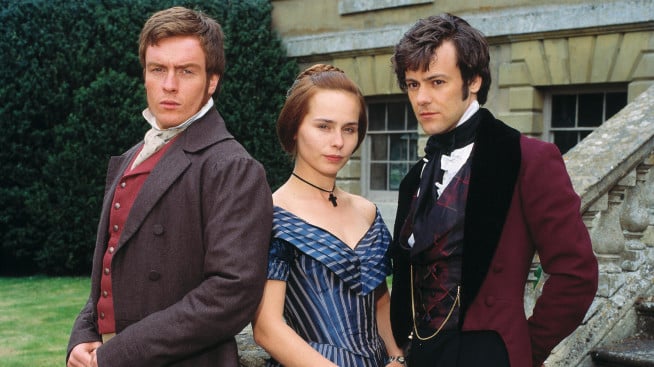