Lillian Hellman (June 20, 1905 – June 30, 1984) was a renowned American playwright and memoirist. Her plays dealt with complex political, social, and familial subjects. Most were well received, and from the height of her career to the present, she is considered a female pioneer in theater.

The Children’s Hour (1934) was the play that launched Hellman’s career in theater. This was followed by number of other successful productions, the best known of which are The Little Foxes, Watch on the Rhine, and Toys in the Attic. She was awarded the New York Drama Critics Circle Prize for best play of the year for the latter two.

Though The Autumn Garden, which premiered in 1951, is one of her lesser-known works, many critics considered it her best. 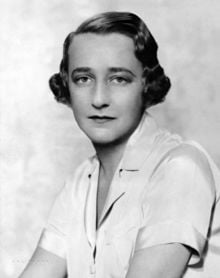 Born in to a Jewish family in New Orleans, Hellman’s childhood was divided between “The Big Easy” and “The Big Apple” — New York City. She was educated at NYU and Columbia University, though she didn’t graduate from either school.

In 1925, she married Arthur Kober, a press agent and writer. The couple left New York City for Hollywood, where she worked as a script writer for MGM. The marriage fell apart, but it was there that she met Dashiell Hammett, the detective novelist. The two maintained a committed (if sometimes stormy) relationship for decades to come, though they never married.

Hellman worked for the eminent New York publisher Boni and Liveright before moving to Hollywood to become a writer for the film mogul Sam Goldwyn.

The blossoming of a stellar career

Hellman became the premier female playwright of the 1930s, thanks to two hit Broadway plays, The Children’s Hour (1934), which was met with great success as well as widespread criticism for its then-controversial theme. Later came The Little Foxes (1939). As described by Elaine Showalter in A Jury of Her Peers:

“The Children’s Hour concerns two women teachers in a girls’ school who are accused of lesbianism by a student, and whose lives are destroyed by the malicious gossip. The choice of subject shocked many critics in 1934, and Hellman stands as a bold pioneer for introducing it to the stage, even though the play now seems dated because of changes in public attitude toward sexual orientation and same-sex couples.

The Little Foxes is a more accomplished play, set in the deep South around 1900, and combining a family drama with a fierce attack on capitalism. The play’s female protagonist, the villainous Regina, kills her husband by provoking a heart attack, and takes over control of her brothers’ exploitative schemes.

Hellman forcefully brings out the ways that this patriarchal society destroys women, who become either infantilized or hard and ruthless.” 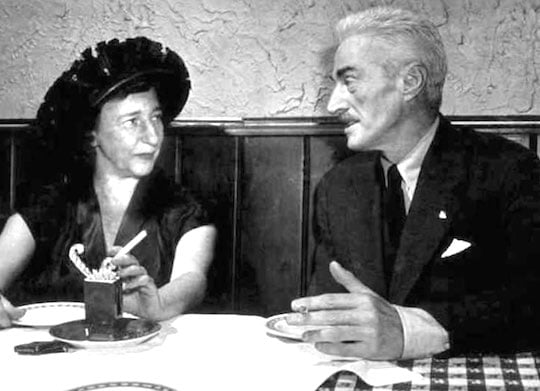 Hellman was the longtime love interest of detective novelist Dashiell Hammett, with whom she had a relationship of thirty years, until his death in 1961. They never married, as Hammett already had a wife from whom he was long estranged but never divorced. His hard-drinking ways caused a great deal of strife in the relationship.

Hammett was diagnosed with lung cancer in the 1950s. When he started to lose his stamina, Hellman installed a bed on the library floor of her Manhattan brownstone and took care of him until his death in 1961. For better or worse, the two were the best of friends.

Was Lillian Hellman a liar?

Later in Hellman’s career, her memoirs may have brought her more recognition and notoriety than her plays. These bestselling series of books included An Unfinished Woman (1969), Pentimento (1973), and Scoundrel Time (1976). Oddly, An Unfinished Woman omitted any mention of her life in theater!

A portion of Pentimento became the basis of the Oscar-winning 1977 film Julia. It was supposed to be based on historical events, but a controversy ensued on whether they actually took place in the way Hellman depicted them in the book.

Hellman was locked in a bitter rivalry with Mary McCarthy, who famously said of Hellman on the Dick Cavett television show in 1979, “Every word she writes is a lie, including ‘and’ and ‘the’.” McCarthy and others, including the critic Diana Trilling, questioned the veracity of Hellman’s depiction of events in her memoirs.

Journalist and author Martha Gelhorn joined McCarthy in her public denouncements of Hellman’s veracity. Some of Hellman’s critics accused her of trying to silence them. She did, however, maintain a long-term friendship with another complicated woman and fellow writer, Dorothy Parker. 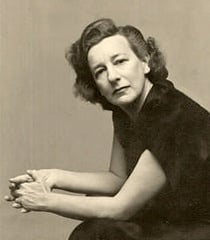 The personal and the political

Hellman was able to combine the political and the personal in her plays, taking part in antifascist campaigns. Her 1941 play, Watch on the Rhine, was a bold statement against Nazism. A Searching Wind (1944) explored the appeasement of fascism in the 1930s.

One of her later plays, Toys in the Attic (1960),filled with angst and neurosis, returned Hellman to her Southern roots.

During the McCarthy era, Dashiel Hammett was jailed for refusing to give names to the House Un-American Committee. Hellman famously stated: “I cannot and will not cut my conscience to fit this year’s fashions.” She was blacklisted, though not herself jailed, and experienced precipitous drop in her income. Fortunately, these events put only a temporary dent in her career. Here is a fuller excerpt of her letter to the committee.

“I am ready and willing to testify before the representatives of our Government as to my own opinions and my own actions, regardless of any risks or consequences to myself.

This is very difficult for a layman to understand. But there is one principle that I do understand: I am not willing, now or in the future, to bring bad trouble to people who, in my past association with them, were completely innocent of any talk or any action that was disloyal or subversive. I do not like subversion or disloyalty in any form and if I had ever seen any I would have considered it my duty to have reported it to the proper authorities.

But to hurt innocent people whom I knew many years ago in order to save myself is, to me, inhuman and indecent and dishonorable. I cannot and will not cut my conscience to fit this year’s fashions, even though I long ago came to the conclusion that I was not a political person and could have no comfortable place in any political group.

… I am prepared to waive the privilege against self-incrimination and to tell you everything you wish to know about my views or actions if your committee will agree to refrain from asking me to name other people. If the committee is unwilling to give me this assurance, I will be forced to plead the privilege of the fifth amendment at the hearing.”

(from Hellman’s Letter to the House Committee on Un-American Activities of the US House of Representatives, May 19, 1952) 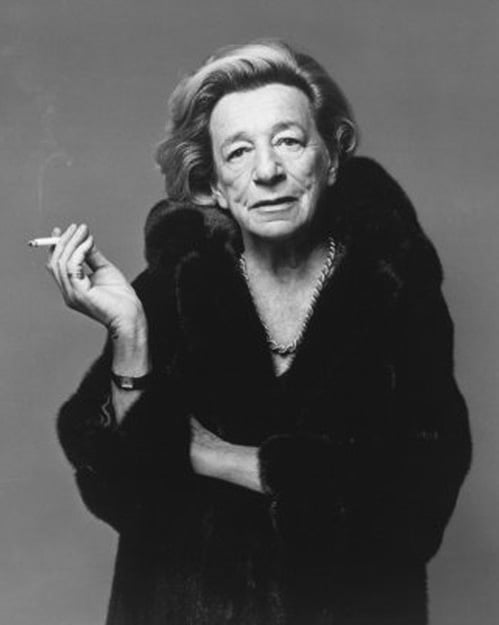 The legacy of Lillian Hellman

Hellman’s public clashes with colleagues, as noted in the section above, muddied her reputation a bit. Despite this, Hellman’s place in American theater has remained intact. She amassed honorary doctorates and numerous awards, and her plays continue to be staged.

Her works spoke out against political systems and their shortcomings as well as human foibles, dramatized so touchingly and tragically from her first play, The Children’s Hour, onward.

Ironically, this writer who railed against entrenched systems of oppression became more visible in the upmarket advertising campaign for Blackglama mink coats, “What becomes a legend most?” Lillian Hellman died of a heart attack at age 79 (1984) at her home in Martha’s Vineyard. 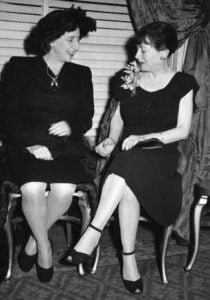