The Little Foxes by Lillian Hellman (1939) 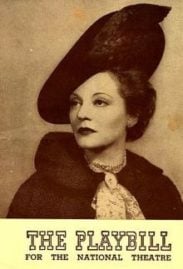 The Little Foxes by Lillian Hellman is a 1939 stage play considered a classic of twentieth century American theater. Set in small Southern town 1900, it centers on Regina Hubbard Giddens, who conspires with her brothers for control of a family business belonging to her husband, in an era when men were seen as the only legal heirs.

The play has been staged and in revival ever since it was first opened on Broadway in 1939. We’ll look at some of those performances (and a film version) after the following description.

Plot line of The Little Foxes

The following description is from the 1939 – 1969 Dramatists Play Service Acting edition of The Little Foxes by Lillian Hellman: Picture a charming home in the South. Into this peaceful scene put the prosperous, despotic Hubbard family — Ben, possessive and scheming, Oscar, cruel and arrogant; Ben’s deep, Leo, weak and unprincipled; Regina, wickedly clever — each trying to outwit the other.

In contrast, meet lonely intimidated Birdie, whom Oscar wed for her father’s cotton fields; wistful Alexandra, Regina’s daughter; and Horace, ailing husband of Regina, between whom a breach has existed for years. The conflict in these lives has been caused by Ben’s ambition to erect a cotton mill. The brothers still lack $75,000 to complete the transaction.

This, they hope, will come from Horace, who has been in the hospital with a heart ailment. Horace is beset by his relatives the first hour of his homecoming, but refuses to commit himself. Desperate, Leo and his father, Oscar, plan for Leo to take $80,000 worth of bonds from Horace’s safe-deposit box. However, knowing that he is to be short-lived, Horace has his box brought to him. 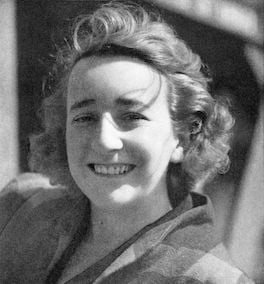 The playwright, Lillian Hellman, in 1939

Discovering the theft, he informs his wife that he has willed the bonds to her. He promises to say nothing about the theft, calling it a loan. Cruelly, Regina recalls their unhappy married life, causing Horace to be stricken with a severe attack.

Regina refuses to get his medicine upstairs, hoping that the effort of climbing may prove fatal. Horace collapses. Then Regina blackmails her brothers into giving her 75% of the business instead of their planned 33 1/3%, or she will reveal the theft.

We feel, however, that crafty Ben holds the trump card by his parting remark, “What was a man in a wheelchair doing on a staircase?” 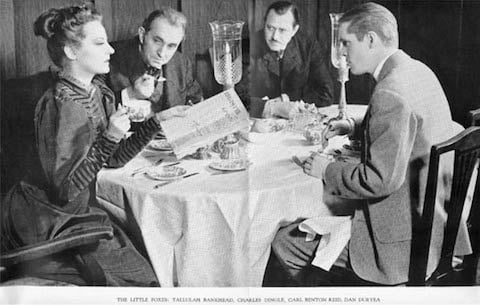 Stage history of The Little Foxes

The Little Foxes opened on Broadway in February, 1939. It starred Tallulah Bankhead as Regina. The characters in the play were actually thinly disguised versions of Lillian Hellman’s own relatives. Lillian and Tallulah didn’t get along at all; working on the play together made enemies of them. 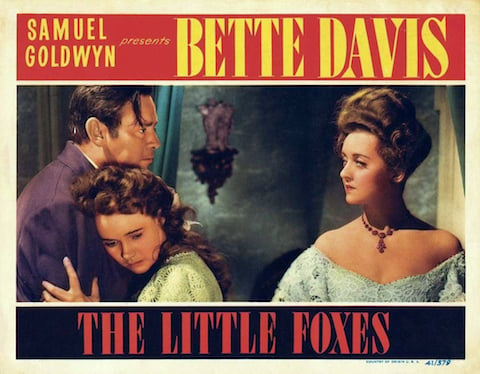 Just two years later, in 1941, The Little Foxes opened in a film version starring Bette Davis as Regina. Lillian Hellman wrote the screenplay, with contributions by her friend Dorothy Parker and her then-husband.

The film did well at the box office, and though its darkly back-stabbing plot was highlighted in reviews, it was a critical success as well. Today’s critics are more mixed about how it has held up. It was nominated for 8 Academy Awards, though it didn’t win any of them. 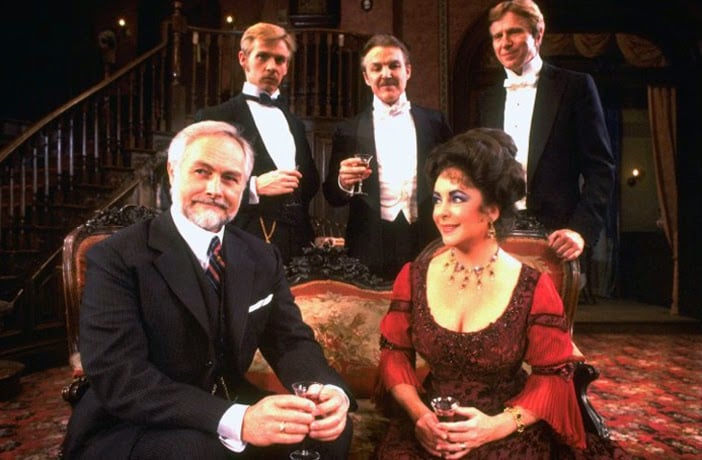 The 1981 revival marked Elizabeth Taylor’s Broadway debut as part of an all-star cast. Here’s a look at her experience in the role of Regina in The Little Foxes. 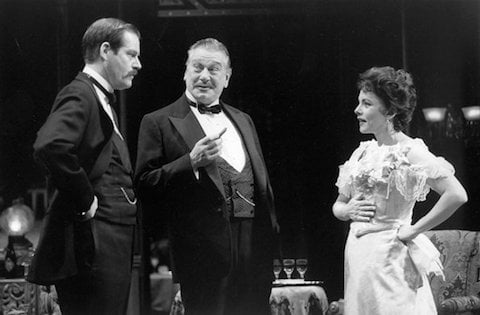 A well-received 1997 revival at The Lincoln Center Theater starred Stockard Channing. Variety’s review claimed that the production “furthers the reputations of all involved, none more so than that of the playwright herself.” 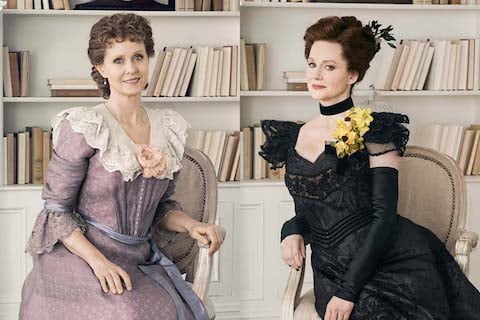 Finally (for the purposes of this post, that is, probably not forever), the much-lauded 2017 production of The Little Foxes at the Manhattan Theatre Club on Broadway alternates two fine actresses in the role of Regina — Cynthia Nixon and Laura Linney. This production won several major awards.

Any theories on why this play, set in 1900 and that debuted in 1939, continues to resonate? Perhaps it has something to do with its depiction of greed and corruption, two universal aspects of human nature.